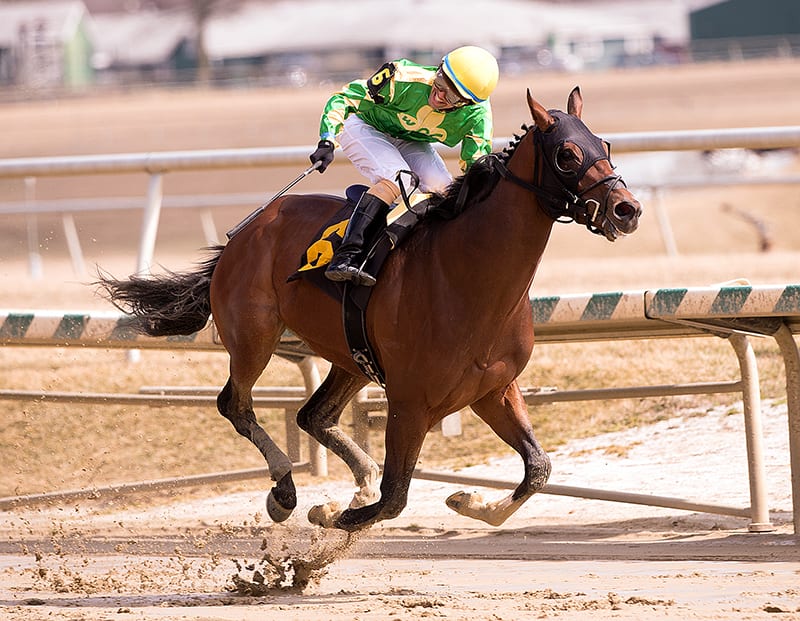 Based on a Churchill Downs release

Bridget’s Big Luvy, the Maryland-bred Tiz Wonderful colt who won this past Saturday’s Private Terms Stakes at Laurel Park, is among nine late nominees to the Triple Crown series.

Trained by Jeremiah Englehart, Bridget’s Big Luvy scored a solid 2 1/2-length score in the $100,000 Private Terms, a 1 1/8 mile test for sophomores.  In his first try around two turns, Bridget’s Big Luvy took command early under jockey Angel Cruz, opening a three-length lead after an opening quarter mile in 24 1/5 seconds.  Bodhisattva chased willingly — but futilely — and was second throughout.

Bridget’s Big Luvy was bred in Maryland by David and JoAnn Hayden’s Dark Hollow Farm.  He is out of the Dixie Union mare Memories of Mystic and is a half-brother to multiple stakes winner Mystic Love. 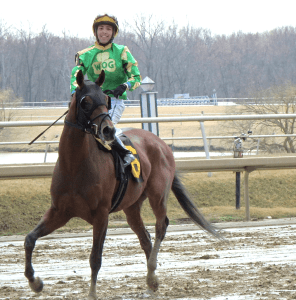 Angel Cruz — all smiles aboard Bridget’s Big Luvy. Photo by The Racing Biz.

Bridget’s Big Luvy broke his maiden over the slop at Belmont Park last October — both of his wins to date have come over sealed tracks rated muddy — but his stakes debut, in the Grade 3 Hutcheson at Gulfstream Park, resulted in a distant fifth-place finish after a tough trip.

The nine late nominations bring to 438 the total number of nominees to the three-race series, which starts on the first Saturday in May with the Grade 1 Kentucky Derby.  Two weeks later comes the Grade 1 Preakness Stakes at Pimlico Race Course, and the series concludes three weeks after that with the Grade 1 Belmont Stakes.