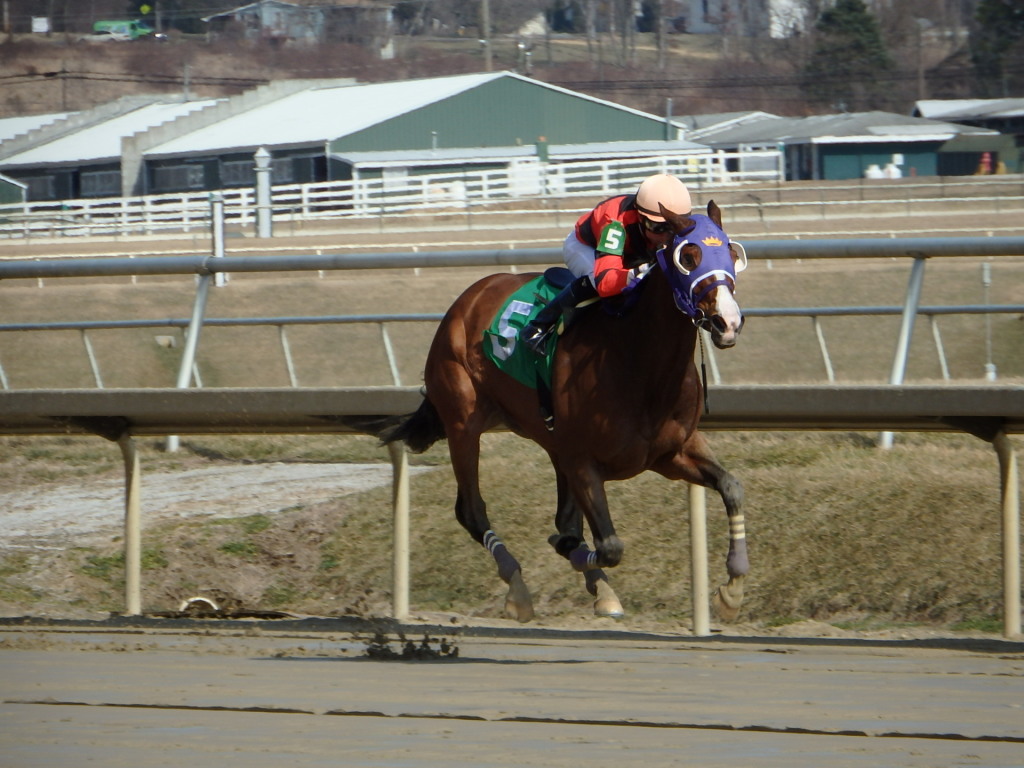 Eddy Gourmet and Sheldon Russell cruised to victory in the Conniver for Maryland-bred fillies and mares today. Photo by The Racing Biz.

The Conniver, for Maryland-bred fillies and mares, attracted a field of seven after the scratch of My T Swift.  Morning line favorite Printasticat rallied late to take second, while post time fave If Not For Her was third.  It was nearly seven lengths back from If Not For Her to the rest of the field.

“She has always been very forward and easy to train,” McMahon said. “She loves to train, but today was a surprise. We put the blinkers on, and she became a different filly.”

Eddy Gourmet, a daughter of Eddington out of the Citidancer mare Mz. Ann, won for the fifth time in 24 starts.