By the Moon looks to shine in Caesar’s Wish 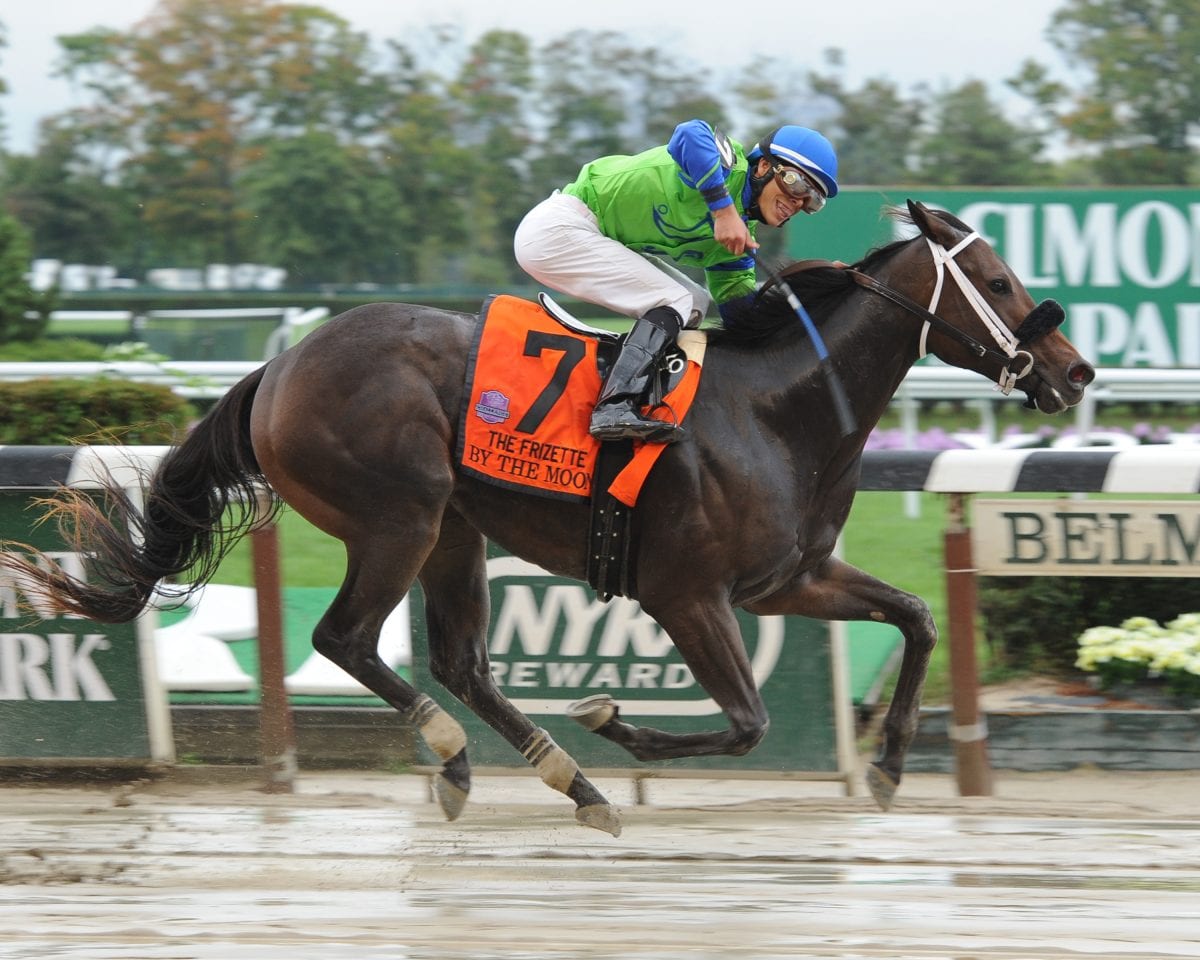 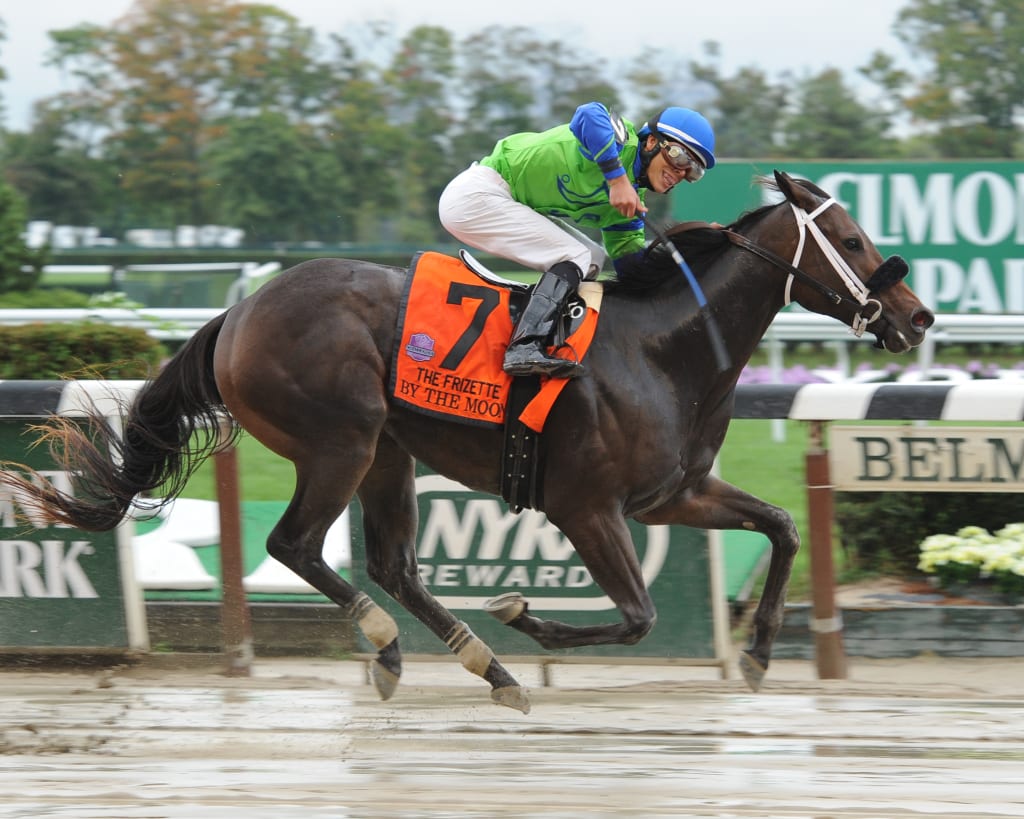 By the Moon upset the Grade 1 Frizette in October. Photo by NYRA?Nicole Di Giovanni.

Nutshell: Grade 1 winner By the Moon should take plenty of action in Saturday’s Caesar’s Wish Stakes — and deservedly so.

With a Grade I victory on her resume, Jay Em Ess Stable’s 3-year-old homebred By the Moon is expected to attract lots of attention Saturday when she goes to post in the $100,000 Caesar’s Wish Stakes at Laurel Park.

A winner across a sloppy Belmont track last fall in the Frizette (G1), By the Moon will be making her first start since finishing fifth Jan. 24 in the Forward Gal (G2) at Gulfstream Park.

“She’s doing very good,” said trainer Michelle Nevin, who shipped the daughter of Indian Charlie to Laurel from her winter base at Palm Meadows, the satellite training facility of Gulfstream Park in Palm Beach County, Florida. “She’s been doing well down here and now we just need to get her there.”

After breaking her maiden at Saratoga in her racing debut July 18, By the Moon finished second across the slop at Saratoga in the Spinaway (G1) before winning the mile Frizette, which was a Breeders’ Cup Challenge “Win and You’re In” event. The filly ended her juvenile season with an eighth-place finish in the Breeders’ Cup Juvenile Fillies (G1). She made her 3-year-old debut in the Forward Gal, finishing behind winner Birdatthewire, who would finish second in the Davona Dale (G2), and third-place finisher Taylor S, who returned last weekend to win the Any Limit Stakes.

“I think she needed the last one,” Nevin said.

The Caesar’s Wish is named after the Maryland-bred mare who won 11 of 16 starts, including the 1978 Mother Goose (G1) and Black-Eyed Susan (G2). The daughter of Proudest Roman was trained by the late Richard Small.