NTRA to focus on tax, economic issues in Congress 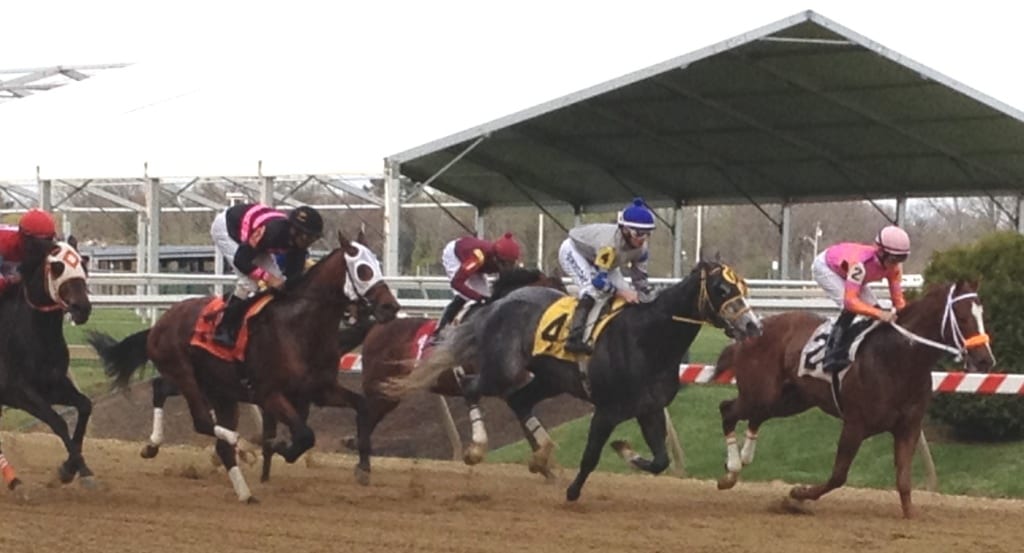 Nutshell: The NTRA’s Congressional agenda for the coming year focuses on tax and economic issues, with a side of immigration, internet gambling, and medication.

If it’s March, it must be tax season!

That, at least, seems to be the approach taken by the National Thoroughbred Racing Association (NTRA), which today announced its federal legislative agenda for the 114th Congress, which convened in January.

Not surprisingly, tax issues taken center stage in the NTRA’s agenda.  Meanwhile, the organization is keeping its eyes on — but its voice out of —  perhaps the industry’s other high-profile political issue: whether and to what extent the federal government should intervene in racehorse drug and therapeutic medication testing and regulation.

“As always, we focus on legislation that directly affects our members and their Thoroughbred business activities, including horse racing, breeding and pari-mutuel wagering,” said NTRA President and CEO Alex Waldrop, who directs the association’s lobbying efforts. “Our agenda each year in Washington generally has two distinct objectives – offense and defense. We attempt to advance matters that can be beneficial to the industry and at the same time monitor and prepare to act on a range of issues that could pose harm to our industry.”

In the last Congress, NTRA secured passage of three critical bills: the standardized, three-year depreciation for racehorses; bonus depreciation that permits taxpayers to depreciate 50 percent of qualified new depreciable property in the year it is purchased and placed into service (e.g. yearlings and farm equipment); and the expanded Sec. 179 expense allowance pegged at $500,000 with a $2 million threshold for qualified new or used property purchased and placed in service (e.g. broodmares, racing and stallion prospects). These provisions were extended for one year in 2014 and will be up for renewal in 2015.

NTRA’s 2015 agenda primarily focuses on those critical tax issues impacting the industry’s bottom line. The first is continuation of the uniform three-year depreciation of Thoroughbred racehorses that was secured in 2014. NTRA seeks to obtain a longer extension of this provision along with bonus depreciation and current levels for Sec. 179 expensing. Congress is expected to act on these and other tax issues in 2015.

NTRA will also continue its efforts to modernize tax withholding and reporting requirements now in place for winning wagers. Winning wagers are currently reportable on winning tickets paying $600 or more at odds greater than 300-1; withholding occurs on these tickets when paying $5,000 or more. These rules, instituted in the 1970s, no longer reflect today’s wagering climate with the advent of popular wagering products such as Trifectas, Superfectas and multi-race wagers (Pick Three, Pick Four, Pick Six, etc.).

After several unsuccessful attempts at securing legislation to double the level of reporting and eliminate winning wager withholding, NTRA is now approaching this issue by seeking a clarification of the “amount wagered” from the Department of Treasury. NTRA believes that modernizing the way the IRS calculates the amount wagered to include all money bet into a single pool on a winning wager would eliminate many of the reporting and withholding tickets and simplify racetrack IRS reporting obligations.

In 2014, a 17-member, bipartisan group of House Representatives sent a letter to the Secretary of Treasury asking that such a change be made. In January of this year, leaders among this bipartisan group continued their efforts by arranging a meeting between industry stakeholders and a high-level Treasury official to discuss the change. Treasury is currently examining form W2-G reporting and indicated a willingness to accept comments concerning the suggested change.

“The NTRA will continue to work with Treasury and its Congressional allies to push for this modernization, which will greatly improve the economics of pari-mutuel wagering for all concerned,” Waldrop said.  “The NTRA will be reaching out to all segments of the horse racing industry, including horseplayers, to coordinate and solicit comments in support of this important tax clarification.”

“The NTRA has taken no position on these bills as our membership remains divided on the issue of federal or central authority over testing for banned substances and the regulation of therapeutic medications; however, the association continues to provide information and data to interested parties and remains committed to achieving consensus on this  issue,” Waldrop said.

Since 2000, when it secured legislation to clarify the legality of online pari-mutuel wagering under the Interstate Horseracing Act (IHA), the NTRA has represented the industry’s interests at the federal level in the area of Internet gaming. In 2006, when Congress passed the Unlawful Internet Gambling Enforcement Act which banned most forms of Internet wagering, the NTRA team secured language to protect activities permissible under the IHA. The “Restoration of America’s Wire Act,” a bill that would ban all forms of wagering on the Internet other than pari-mutuel wagering, was introduced in the House of Representatives in February.

“Congress remains divided on whether to further roll back Internet gaming or to allow more forms of it, such as Internet poker,” Waldrop said. “Casino mogul and political donor Sheldon Adelson is backing legislation to ban all forms of Internet casino gaming. The casino industry itself is divided on the issue. We will closely monitor developments to ensure that our industry’s interests are protected.”

Immigration remains a hot-button issue for Congress, and most observers expect no progress on it during this Congress. The Senate passed an immigration bill last session that the House failed to act on. The NTRA is part of larger business coalitions working to improve immigration laws.