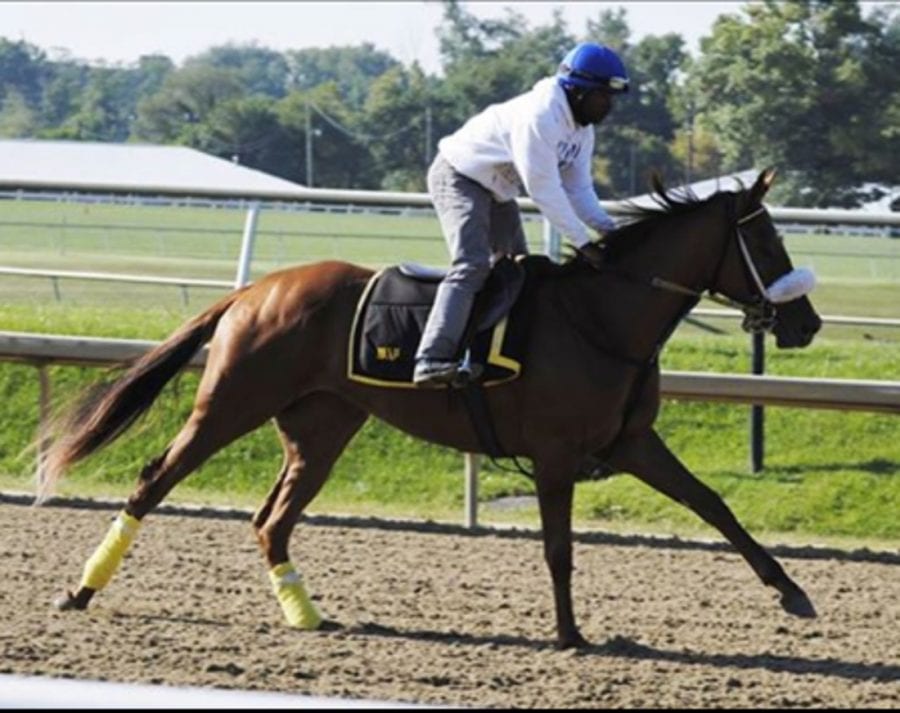 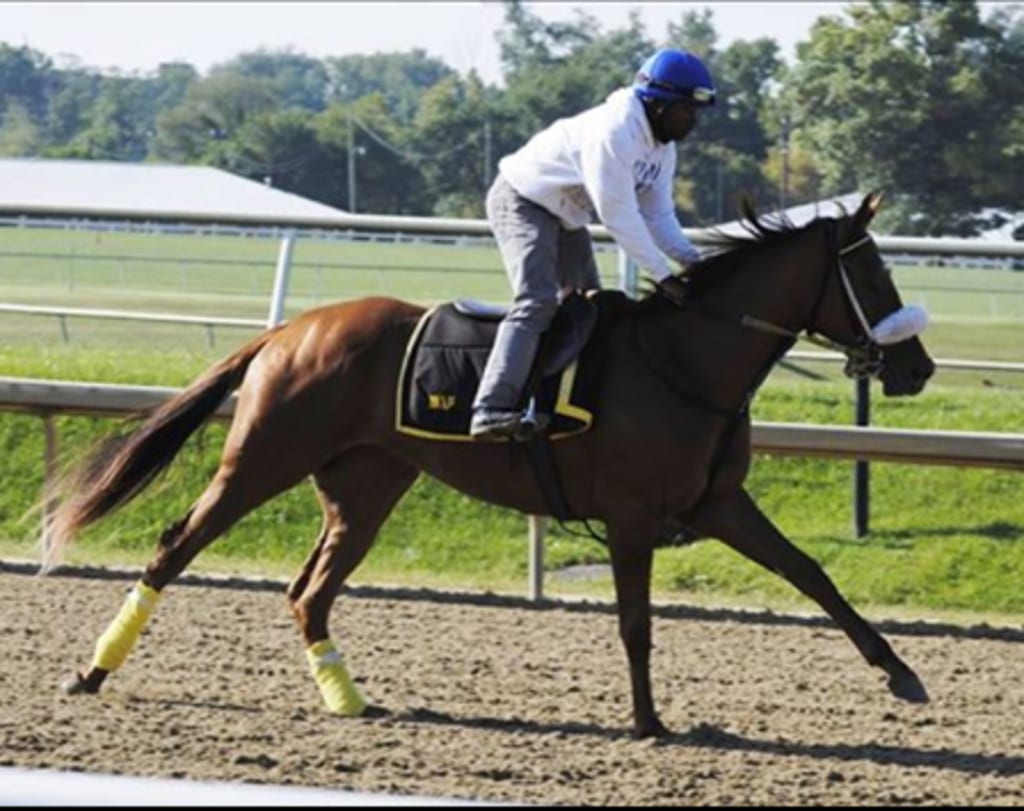 At first glance, Jeyran looks like any other thoroughbred in trainer Donald Barr’s barn of predominantly younger horses. Though winless in her first three career starts, it is on paper where the 3-year-old filly truly stands out.

Claimed by Barr for Walter Vieser II out of her Thanksgiving Day debut at Laurel Park, Jeyran was one of only five horses bred in Azerbaijan to race in North America in 2014. She is one of two to compete this year, finishing fourth to open her sophomore season on February 6.

Once a part of the former Soviet Union, Azerbaijan is located in western Asia and bordered by Russia to the north, Iran to the south, Turkey and Armenia to the west and the Caspian Sea to the east.

Jeyran is by Big Surf, out of the Thunder Gulch mare Full of Ideas. A 9-year-old son of Storm Cat whose grandsire is 1977 Triple Crown winner Seattle Slew and whose female side includes champions Surfside and Flanders, Big Surf sired all five Azerbaijani-bred horses that raced last year.

One of them, Black Fighter, became the first thoroughbred born in Azerbaijan to win a race in the U.S. last January at Turfway Park, where 3-year-old colt Big Shifu ran on Jan. 11 for trainer Alejandro Gonzalez.

“I have a lot of young horses that I bring along. I’ve pretty much done that my entire life in the business, and I was kind of looking for a horse like her,” Barr, at 73 one of Maryland’s longest-established public trainers, said.

“She intrigued me, not because of where she was bred, because that doesn’t do me any good in Maryland,” he said. “She was by an American sire out of an American mare. I didn’t treat it like it was a foreign-bred horse.  I like her. She’s a pretty nice little filly. She’s honest and she tries hard and she doesn’t do anything wrong. I’m very happy with her.”

Each of the Azerbaijani thoroughbreds were foaled at Mammad Huseynov’s Royal Pegasus operation in the capital city of Baku, where he owns several business ventures and built the country’s only racetrack. Royal Pegasus also has a branch in Lexington, Ky., managed by Crystal Conway.

Head of Royal Pegasus Azerbaijan, formerly known as the Azerbaijan Jockey Club, Huseynov was taken by the beauty of the area and its passion for thoroughbreds during a visit to Keeneland in 2004. He spent a sales-topping $800,000 for Storm Cat colt Don Gato at the track’s 2-year-old in training sale in April 2008, and the following July purchased the former Brookhill Farm in Lexington.

In November, Huseynov bought multiple graded stakes-winner Balance the Books for $20,000 as a stallion prospect and stands him overseas at his farm in Baku. Big Surf formerly stood in Azerbaijan and is now in Kentucky, where Huseynov visits two or three times a year to see his horses and catch up on farm business.

“My boss built the racetrack in Azerbaijan. He built the grandstand. He had people build the electric toteboards. The government handles the gambling aspect,” Conway said. “He races horses in Russia, in Turkey, and he has a horse right now over in France. He does keep a large number of horses at his farm in Baku. He likes racing. He is a true horse lover. He bred the thoroughbreds he bred to see where they would best compete and, if anything, he’ll put one on a plane and move them.”

The process is a complicated one, involving detailed paperwork both here and abroad along with pre-export and post-arrival quarantine. Conway said a typical journey will have horses flown from Baku to Frankfurt, Germany and then to JFK Airport in New York, where they board a van for the 11-hour ride to Lexington.

“Their stud book is a little different than our Jockey Club, but when they get here they get foreign import papers. Just like any other racehorse, when paperwork gets turned into a racing office they have a set of Jockey Club papers,” Conway said. “We treat them just like the Kentucky-bred in the stall next to them and we all hope for the best. It’s an expensive process, but people bring horses in from all over the world.

Jeyran is nearing another start for Barr as is fellow 3-year-old Azerbaijan-bred filly Aypara for Bowie-based Wayne Potts, the original trainer of Jeyran. Another Maryland-based trainer, Katherine Sancuk, was the co-owner of Jeyran before her claim and currently has eight Royal Pegasus horses in training, including Black Fighter.

Claimed for $16,000, Jeyran was second by 1 ½ lengths on a wet track in her debut and came back to run second again by a length in a $35,000 maiden claimer in December. In her lone start this year, she pressed the pace before tiring to fourth of nine in a similar spot, with all three races coming at six furlongs.

“This time of year with our weather it’s been pretty sporadic as far as races going and not going,” Barr said. “I’m looking to run her as soon as they hang a race up for her. She’s ready to go. I’d really like to win a race with her. I’ll find a spot and when I run her back, I think she’ll run good. She’s turned out to be a pretty nice filly.”

Barr is a longtime member of the Maryland Horse Breeders Association whose multiple graded stakes wins include Laurel Park’s 1995 General George Handicap (G2) with Who Wouldn’t and back-to-back editions of the Anne Arundel Stakes (G2) with G. O’Keefe and Merengue in 1997-98, and the 2009 Maryland Sprint Handicap (G3) at Pimlico with Ravalo.

“I think that the more people that breed horses in the world, the better off we are in the racehorse business,” Barr said. “They’ve held the market together a lot of times for a lot of years. It’s a world market. I’m all in for anything like that. I think it’s a good idea. It’s good for us.”