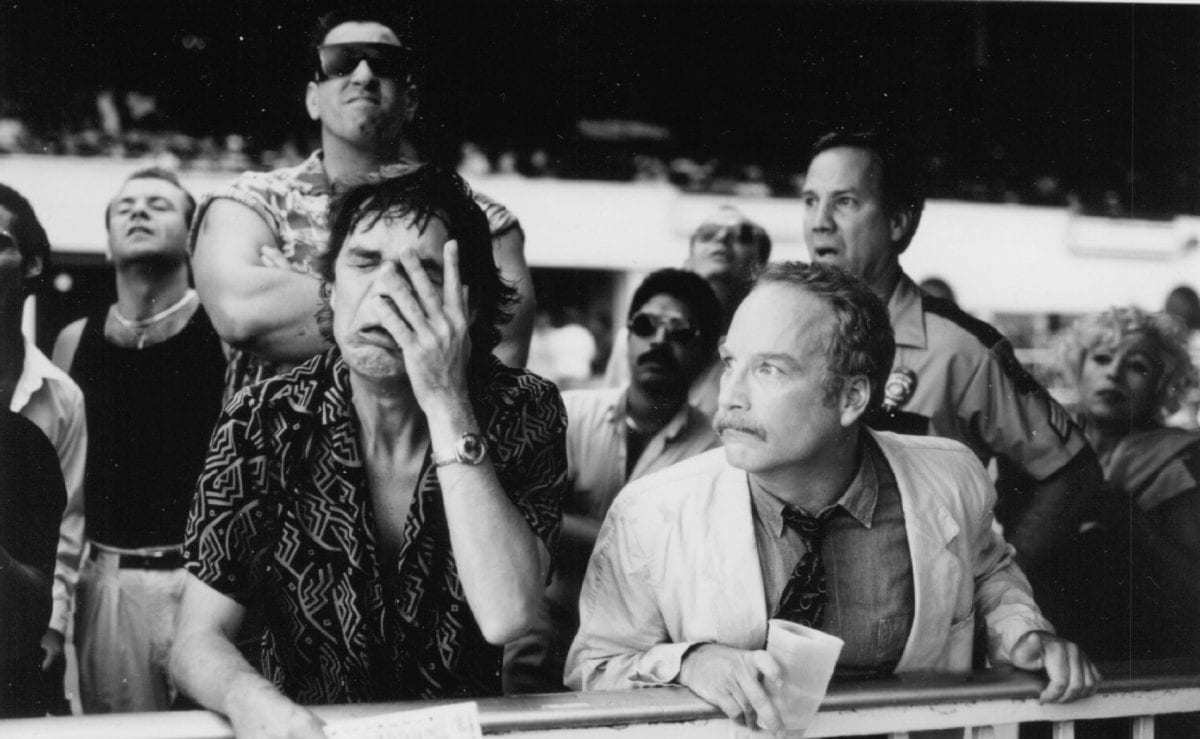 Snowed in?  And worse yet, with the only mid-Atlantic track that runs on Tuesdays closed, nothing to bet on?

What’s a mid-Atlantic racing fan to do?

How about — watch a horse racing movie?

Here are three (plus one) worth a look on a day like today:

> Let It Ride — Trotter (Richard Dreyfuss) is having a very, very good day at the racetrack.  Not surprising, really — he’d asked God for the help.  But God’s a quirky sort of fellow and litters Trotter’s path with temptations.  Can he stick to the straight and narrow, and keep the good luck rolling?  Or will he — as he always does — succumb?  A good cast, a witty script, and the chance to remember a not-so-distant time when, you know, people went to the racetrack.  Filmed mostly at Hialeah Park, which is also worth a gander.

> Guys and Dolls — Sinatra acts.  Brando sings.  Based on two short stories by the great Damon Runyon, this 1955 film is almost entirely not about horse racing.  But it features one of the great racing songs of all time, “Fugue for Tinhorns,” which often shows up these days as part of big-race calls to the post (above).  After all, who doesn’t like a “handicapper who’s real sincere?”  And, just like at the racetrack, you have your cherce of horses at the end of the song; is it Paul Revere (if the weather’s clear), Epitaph (who wins by a half), or Valentine (whose jockey’s brother is a friend of mine)?

> Seabiscuit — Tobey Maguire plays — as always — pretty much Tobey Maguire (but that makes more sense as ne’er do well jockey Red Pollard than as a superhero), but this 2003 adaptation of Laura Hillenbrand’s book is an entertaining look at a time when an underdog horse could captivate a nation.  Bonus points since the climactic race — the match race against War Admiral — was also the inaugural running of the Pimlico Special.

> Dreamer — This Disney vehicle is pretty much 100 percent schmaltz and gets a mountain of details wrong.  Yet somehow, in spite of all that, it latches on to the spirit of the game.  So when Kurt Russell, playing horse trainer Ben Crane, is scolded by a bettor for putting $20 on his horse because she’s 80-1, he agrees — and ups the wager to $257 (everything in his wallet) — and, well, heck, you’re all in, too.  A little girl and her stubborn love for her horse, a horse trainer who’d lost his ability to dream, and the trainer’s father, getting one last shot at the brass ring — in for a dime, in for a dollar, I’d say.

(Featured image, of Richard Dreyfuss and David Johansen, from Let It Ride. Photo by Paramount Pictures – © 1989)