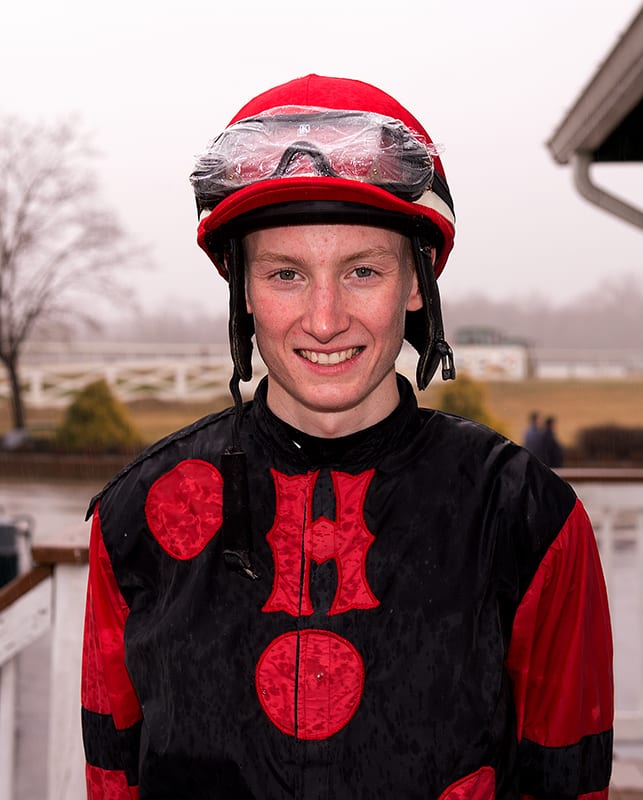 McCarthy was unseated when his mount, Vente Latte, swerved to miss a fallen horse as both were galloping out after the second race.

Hugger of Trees won the race but fell during the gallop out.  She was able to get to her feet, walk onto a van and leave the racetrack.  Her rider, Christian Santiago Reyes, was not injured.

Vente Latte, meanwhile, was caught and returned to the paddock.

McCarthy has already wrapped up all three leading rider titles in Maryland this year (Laurel Winter, Pimlico Spring and Laurel Fall) with only three days left on the 2014 racing calendar.  He has a 23-win lead over Victor Carrasco during the Laurel fall meet.

His 263 winners make him the 6th leading rider in North America and he is in the top twenty in earnings with $8.1 million.