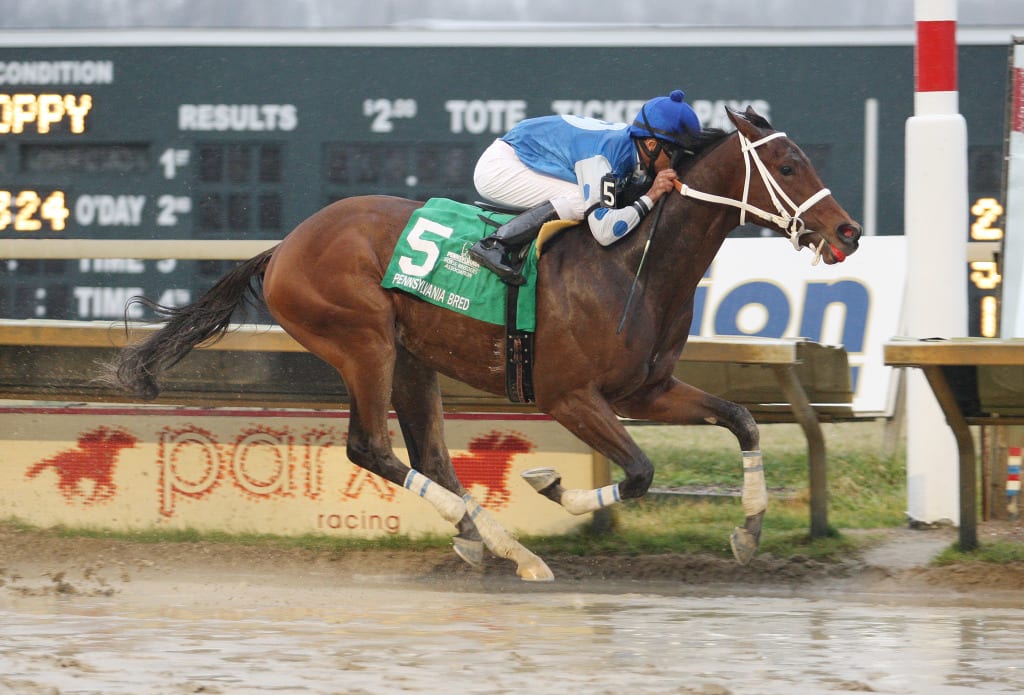 Nasa rolls in the slop to win the Pennsylvania Nursery. Photo By Bill Denver / EQUI-PHOTO

Eleven years after Smarty Jones romped to a 15-length victory in the Pennsylvania Nursery Stakes, Smarty’s owner Pat Chapman was back in the Parx Racing winner’s circle hugging his trainer, John Servis.

The reason: Smarty’s son Nasa, who notched a 2 1/4 length victory in that same race on Saturday.

Chapman, who owned Smarty Jones with her husband Roy, bred Nasa, a colt by Smarty Jones out of the unraced Seattle Slew mare Shootforthestars.  Nasa runs in the colors of Chapman’s Someday Farm. 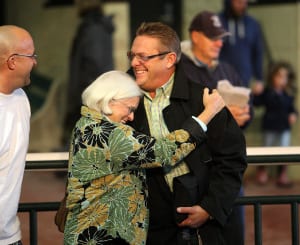 Nasa may not be a new version of Smarty Jones — he’s already lost twice in four starts, while Smarty only lost once in nine — but on Saturday he proved clearly best.

On a sloppy, sealed track, Nasa, under Kendrick Carmouche, shot to the lead once the gates opened and didn’t look back.  He held a length lead through a half-mile in 46.14 seconds and gradually stretched it to the final margin in a seven-furlong race run in 1:24.67.  A pair of longshots — Instructor Kunu and Blitzensmajikreign — took the place and show spots among the nine Pennsylvania-breds.