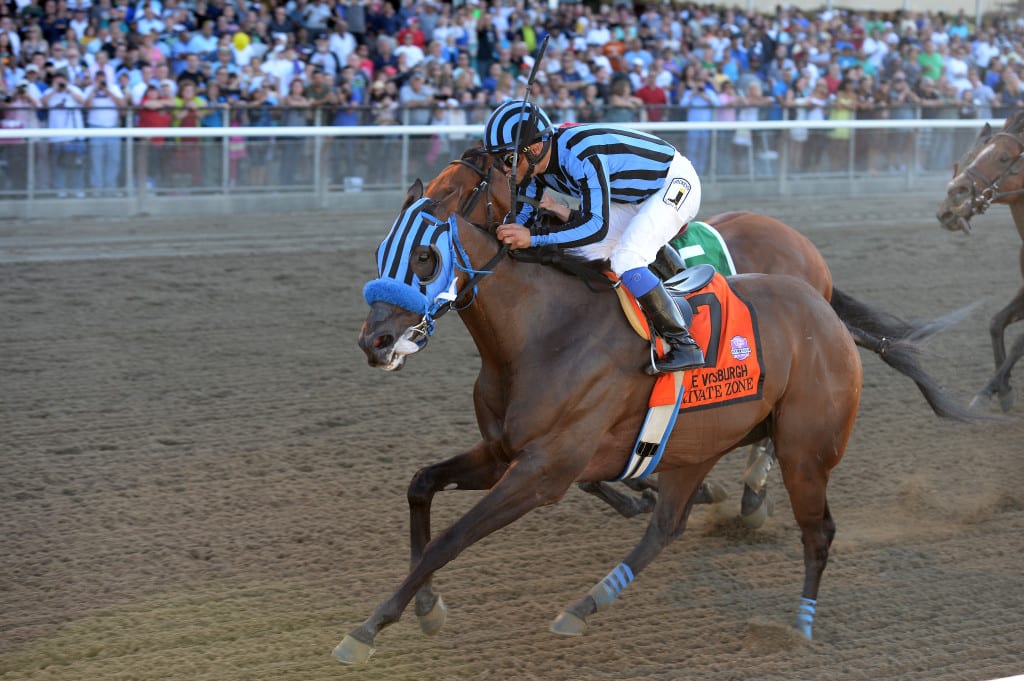 For more than 25 years, trainer Alfredo Velazquez — “Freddie” — has been quietly and consistently plying his trade at Parx Racing.

Top stakes performers for Velazquez have come along infrequently, but he has demonstrated the ability to win his share of races each year in a very competitive trainer colony at the Bensalem course.

Lately, though, the spotlight has shone a little brighter on the veteran conditioner.  This year, Velazquez saddled his first Grade 1 winner when Good Friends Stable’s Private Zone, whom he took into his stable upon the suspension of trainer Doug O’Neill, won his second consecutive Vosburgh Stakes in New York.  That win earned the trainer his first trip to the Breeders’ Cup, as Private Zone shipped to California for the Breeders’ Cup Sprint.

In the Sprint, fourth-choice Private Zone chased midpack down the stretch and tried to cut into the lead of Work All Week, but had to settle for third money, worth $150,000 to his connections. He was beaten less than two lengths for the top spot. 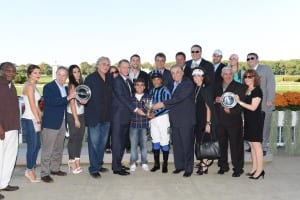 “I thought he ran a very good race,” said the soft-spoken Velazquez. “He just couldn’t catch the winner.”

Velazquez was asked to become the trainer of record for Private Zone, a 5-year-old son of Macho Uno, by Good Friends Stable, which was put together by former jockey Rene Douglas and a group of his buddies who helped him cope with the paralysis he suffered in a 2009 accident. Velazquez had previously trained the hard-knocking filly On a High Cloud for one of the principals in Good Friends, Dr. Hilton Gordon, an internist based near Chicago, and was also close friends with Douglas.

“(Doug) O’Neill ran the horse here at Parx in the Turf Monster Handicap (September 1),” said Velazquez. “Then he got suspended and couldn’t run him in New York in the Vosburgh, so that’s when the owners asked if I would take him.”

Private Zone, an Ontario-bred gelded son of Macho Uno, ran fourth behind Sharp Sensation in the Grade 3 Turf Monster, which only set him up for bigger things.

O’Neill’s loss of training privileges turned out to be Velazquez’s gain, as he was able to partake in the winner’s circle revelry at Belmont Park and then travel to California for the Breeders’ Cup. He said it was a “fantastic” experience, and enjoyed himself very much.

Private Zone, who is currently stabled at Parx and awaiting a start in the Grade 1 Cigar Mile later this month at Aqueduct, went over the $1 million mark with his Breeders’ Cup finish.

Velazquez, 70, was born in Las Piedras, Puerto Rico, and became involved in Thoroughbred racing in that country, where he started as a stall cleaner in 1965. In the mid-1980’s, he moved to New York, where he became a groom, foreman and then assistant to trainer Warren J. Pascuma at the New York Racing Association racetracks.

After securing his own trainer’s license, Velazquez came to Parx in 1988. That year, he conditioned added-money winner Give Me Liberty, who captured the Heliotrope Stakes.

Velazquez owns nearly half the horses he trains under the banner of Anita Racing Stable (named after his wife). His son, Danny, was his former assistant and now trains as well; Danny was also a jockey at Parx from 2001-05, booting home 91 winners his first year in the saddle. 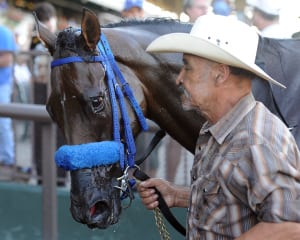 While Private Zone is taking Velazquez into some rarefied company, hard-knockers have been his bread and butter.  Through the years, Freddie Velazquez has tightened the girth on several gritty campaigners, including: