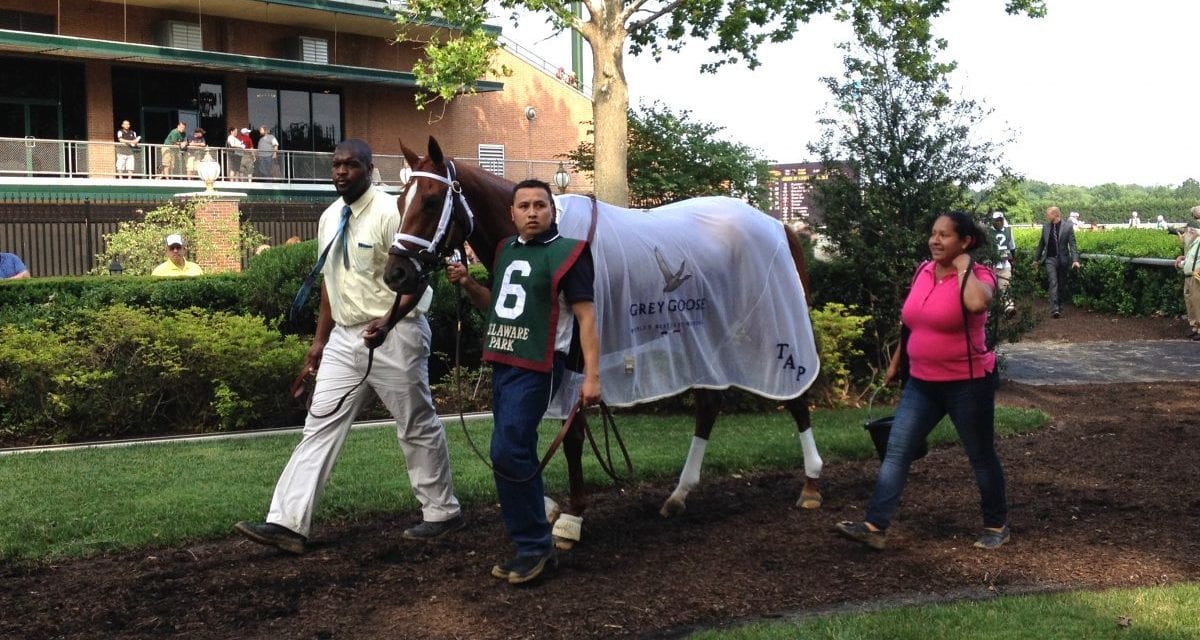 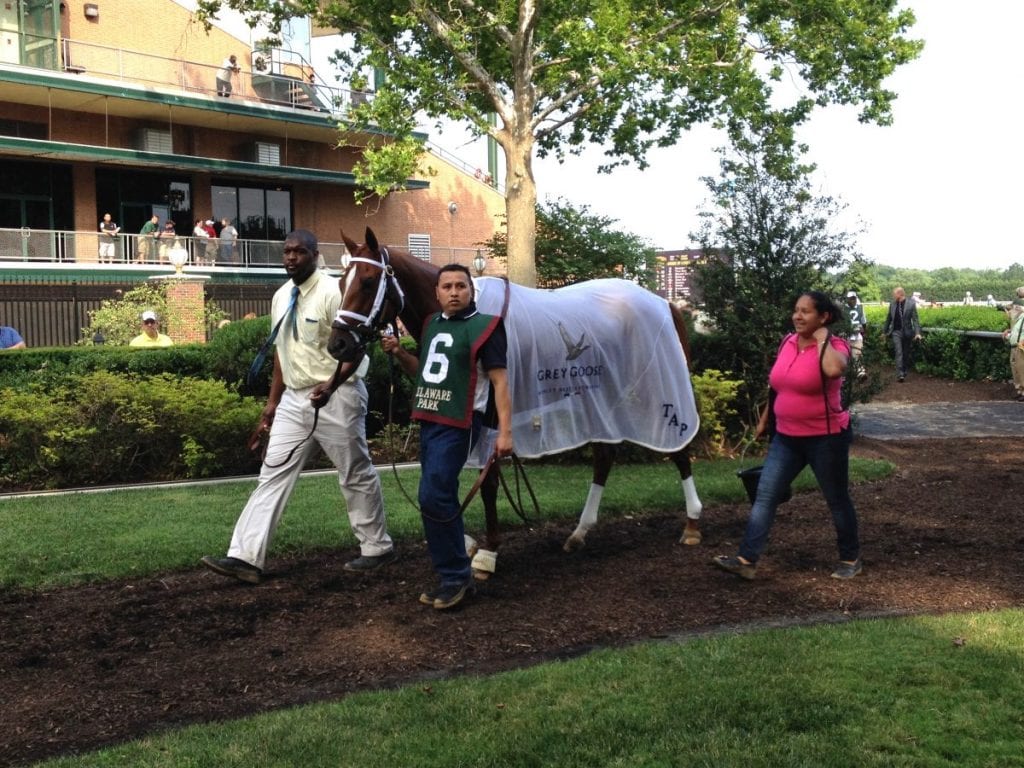 Princess of Sylmar prior to this year’s Grade 1 Delaware Handicap, in which she ran second. Photo by The Racing Biz.

Four of the seven Midlantic-bred horses to go through the ring at yesterday’s Fasig-Tipton November sale left with new owners, headed by sale-topper Princess of Sylmar, who fetched a winning bid of $3.1 million.

On the whole, despite some high-profile home runs, the sale demonstrated the industry’s continuing struggles.  Though the average rose slightly from 2013, to $589,611, the median fell 20 percent, to $200,000, and the total for the sale fell nearly 14 percent.  In addition, the buyback rate grew from last year’s 20 percent to just shy of 29 percent.

That represented a different state composition from last year’s group.  Of the six Midlantic-breds to enter the ring last year, three were bred in Virginia, with Maryland, New Jersey, and Pennsylvania adding one each.

The highest-profile Midlantic-bred that failed to meet its reserve was Hip 158, Waterway Run.  The Pennsylvania-bred daughter of Arch, who won this year’s Grade 3 Beaugay Stakes over the Belmont turf, received a high bid of $525,000.

The four region-breds that did sell: