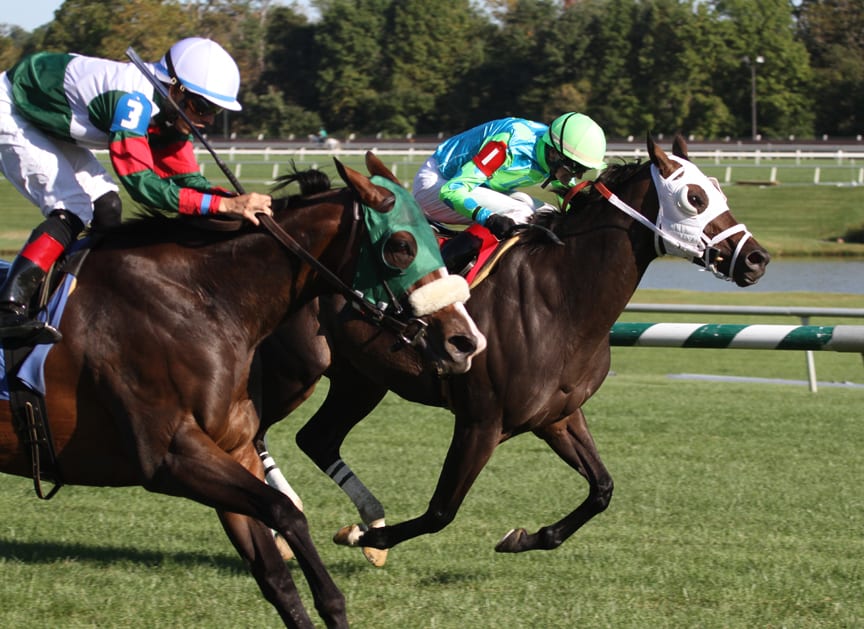 The 2014 live Thoroughbred New Jersey racing calendar will come to end this week following a pair of six-race programs on the Meadowlands turf course.

Cards on Friday, Oct. 31 and Saturday, Nov. 1 will serve as the 2014 finale with special, early post times to coincide with the two-day Breeders’ Cup World Championships from Santa Anita.

All races will be available via simulcast at both the Meadowlands and Monmouth Park.  Additionally, Monmouth Park will offer advance wagering on Friday for the nine Breeders’ Cup races on Saturday.  Gates open at Monmouth Park at 11:30am and Clubhouse parking and admission are free.

On Saturday, the Meadowlands will host the final all-turf card of the meet beginning at noon.  The Race 6 finale will have an approximate post time of 2:30pm.  All multi-leg wagers, including the 50-cent Pick 4 and Pick 5 and the 10-cent Jersey Shore 6, will have a mandatory payout.