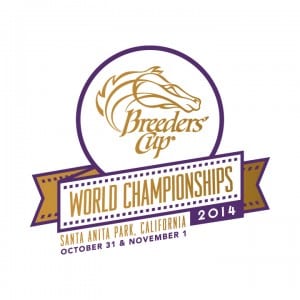 As part of the agreement, NBC and NBCSN will combine to present at least eight hours of live coverage of the Breeders’ Cup, including live primetime coverage of the $5 million Breeders’ Cup Classic on NBC in 2016 from Santa Anita Park near Los Angeles, and in 2017 from the Del Mar Thoroughbred Club outside San Diego.

The agreement is an extension of a current four-year agreement that began in 2012. That year marked the first time that the Classic was televised live in primetime. NBC broadcasted the first-ever Breeders’ Cup in 1984. The new 10-year extension is the Breeders’ Cup’s longest and most extensive media rights agreement.

This past year, NBC Sports Group expanded its Breeders’ Cup coverage; televising 11 programs of Breeders’ Cup qualifying races from the nation’s top tracks under the banner of “Breeders’ Cup Challenge: Win and You’re In.”

NBC Sports Group’s coverage of the Breeders’ Cup will be streamed on NBC Sports Live Extra, NBC Sports Group’s live streaming product for desktops, mobile devices and tablets via “TV Everywhere,” the media industry’s effort to make quality content available to MVPD customers both in and out of the home and on multiple platforms.