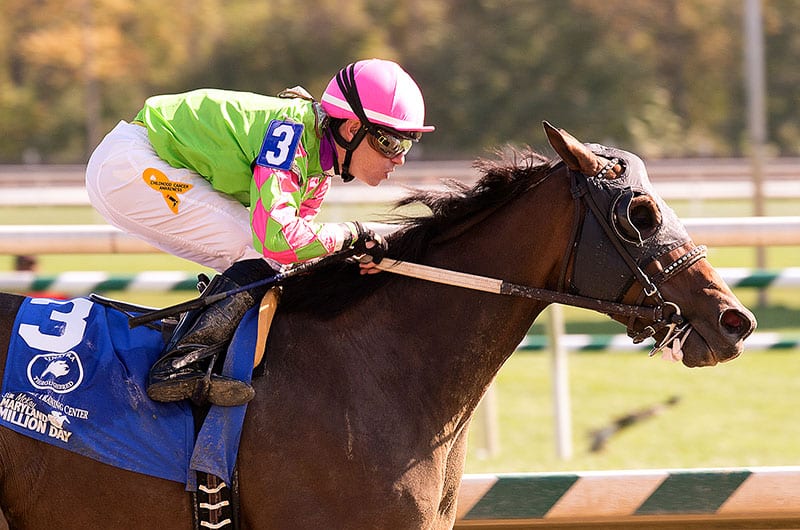 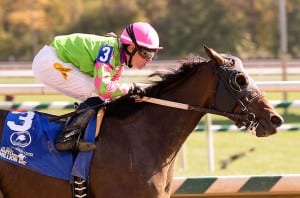 TomRus LLC’s D C Dancer emerged from the pack to capture the $100,000 Maryland Million Sprint at Laurel Park and gave his sire his third winner in just the first three stakes races contested on the Maryland Million card.

D C Dancer is by Not For Love, the leading sire of Maryland Million day winners with 31 victories from 198 starters. Mike Trombetta saddled the 4-year-old, who completed the 6-furlong distance in 1:09.93, winning for the second time during the fall meeting. He beat Always Smiling by 1-1/4 lengths, with Avarice finishing another 2-1/2 lengths back in third.

“My horse showed me a lot of class last time out at five-eighths and won easily,” Serpa said. “I knew we had a good shot today going six. I just wanted to sit behind the speed and make a move at the top of the stretch. When I asked him for run I had plenty of horse and he gave me everything he had.”

This was the first stakes win for D C Dancer, who paid $15.

“This was kind of our target,” Trombetta said. “We gave him a little time over the summer. It’s so cool because it’s home. He’s getting better and better. The 2013 General George winner (fifth place finisher Javerre) was in this field and several other good horses and he had his way with them. He’s four years old. There’s no reason he can’t be an open stakes horse. Why not? It’s a big day for us and our owners.”

Trombetta moves into a tie for 10th place with five Maryland Million victories.

Progeny of Not For Love won four races in 2009 and 2011. The Northview Stallion Station star will have sons and daughters in the final six stakes Saturday afternoon.