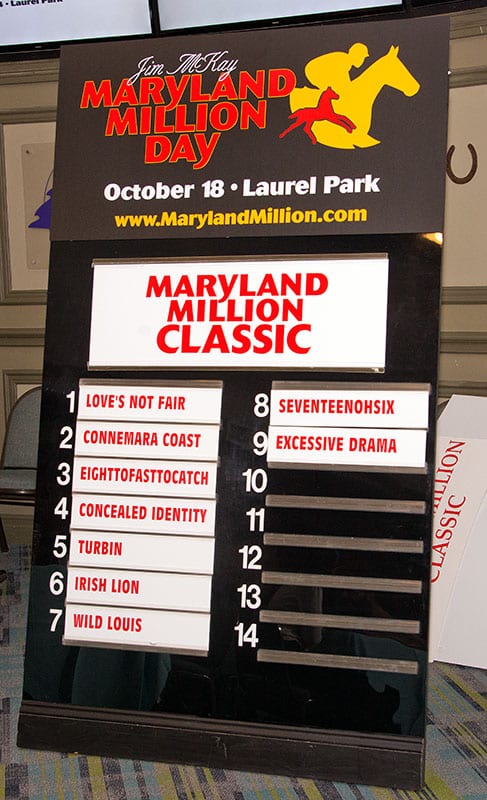 Introduced in 1986, the Jim McKay Maryland Million, a program of races restricted to the offspring of Maryland-based stallions, continues to receive strong support from Maryland’s extensive breeding industry. Maryland-sired Thoroughbreds are nominated before they become 2-year-olds and remain eligible for life to run in the Maryland Million races.

After twenty-eight runnings, 222 stallions have sired runners in Maryland Million races. Saturday afternoon, twenty-six stallions will be represented in the nine stakes races at Laurel Park, including a pair of two stallions: Bullsbay and Street Magician.

Not For Love, who stands at Northview Stallion Station, leads all stallions with 16 potential runners tomorrow afternoon. Progeny of Not For Love have captured 28 Maryland Million races in the last 11 years from 192 starters, including four victories in 2009 and 2011. His sons and daughters could be competing in all nine stakes races.