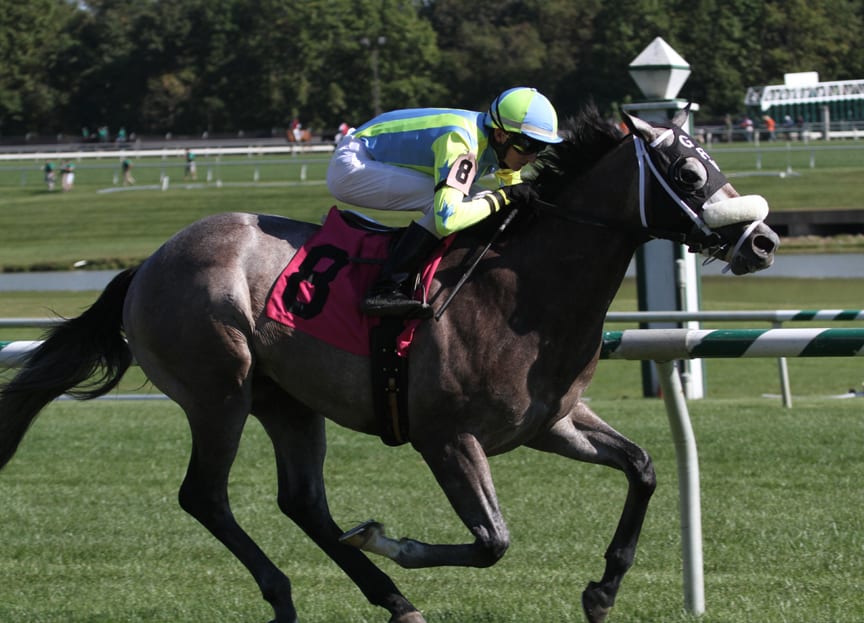 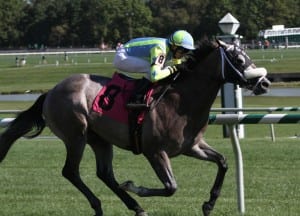 Matthew Schera’s Cyclogenisis left the field in his wake after he was set down to win the $100,000 Laurel Futurity for two-year olds, the second of six stakes races on the Laurel Park turf course Saturday afternoon.

Trevor McCarthy guided the George Weaver trainee to victory in 1:01.94 for the 5-1/2 furlong distance. A winner in his debut race at Saratoga in August, the son of Stormy Atlantic broke from the eight post but was able to secure a position along the rail around the turn. He found ample room to wrest command at the top of the lane and pulled away to win by 5-3/4 lengths.

Tom Foley, assistant to Weaver said, “This horse has never shown us much in the mornings but he sure shows up when it’s time to race. He did a nice job at Saratoga in his first start. He certainly ran well today. We will soon be headed to Florida. The boss will check him over and see how he came out of this race, then map out a plan.”

One Eyed Ray was second and Tazmanian Charlie finished a close third. The winner paid $2.80.

“We just kind of went right up the rail,” McCarthy said. “I asked him and he went on well. There’s not much to say, he just annihilated this field. The trainer said to get his mind on what he’s doing and he’ll take care of it.”

McCarthy leads the Laurel Park rider standings with 17 trips to the winners’ circle.