Nellie Cashman gets back on top with Laurel win 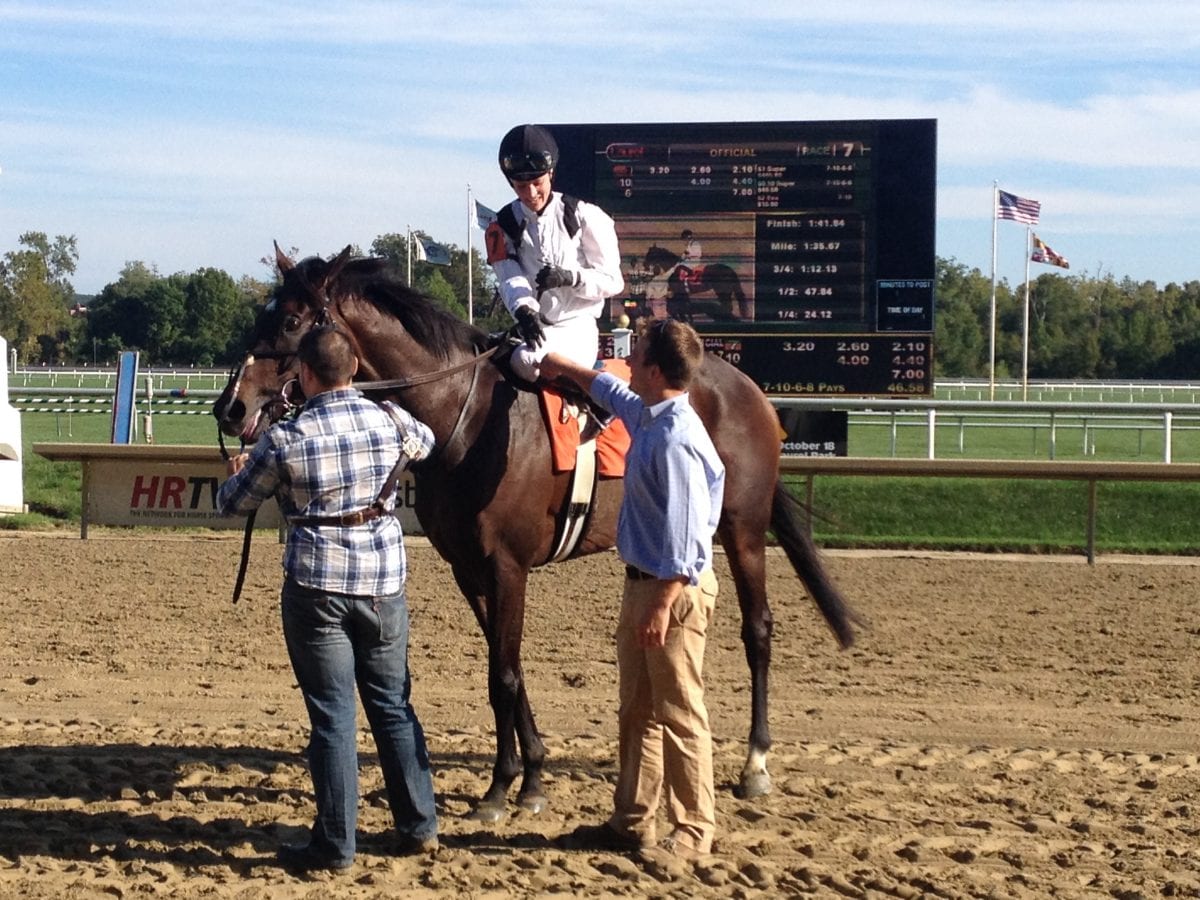 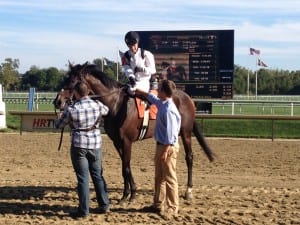 It’s been a while since Pennsylvania-bred Nellie Cashman found the winner’s circle.  But the wait ended today at Laurel Park, when she surged to a sharp score in a 1 1/16 mile turf test.

The daughter of Mineshaft won the Grade 3 Virginia Oaks in July 2013 at nearly 20-1 odds and followed that up with a nose score in the Grade 2 Lake Placid at Saratoga, a win from which she was disqualified to third.

Since then, however, the four-year-old, owned by Sycamore Racing LLC, had turned in six consecutive races — most of them solid efforts — without winning.

That changed today when she registered a three-length score in a second-level allowance race.

“She’s been running well, and all summer long, she’s gotten better and better,” said trainer Tres Abbott.  “I thought she needed this to get her head back in front and find some easier company.”

Though the field included some tough runners, including recent All Brandy winner Vielsalm and the improving Means Well, it clearly was not equivalent to the graded company Nellie Cashman had kept in six of her last eight starts.

The Laurel turf course, which Abbott praised as “incredible,” recovered quickly from yesterday’s rains, but Abbott fretted that it might advantage closers.  Ultimately, though, his instructions to regular rider Forest Boyce were straightforward.

“I said, ‘Listen, she was the best, on her form.  Let’s just keep her out of trouble and just put her in a good spot, and not try to take her out of her running style, which is to stalk.'”

Nellie Cashman sat fourth in the early running, a couple lengths behind the speed horses Previous Honor and Debbie’s Tude.  After three-quarters in 1:12.13, Boyce gave the filly her cue, and Nellie Cashman moved readily to the lead outside her rival, quickly cleared off, and was much the best, getting the last 5/16 of a mile in less than 30 seconds on a turf course rated firm.  She paid a modest $3.20 to win.