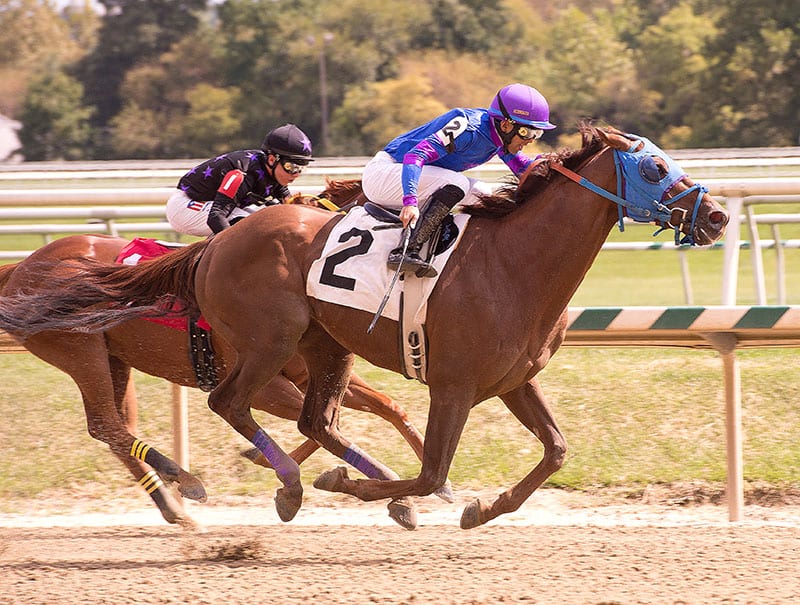 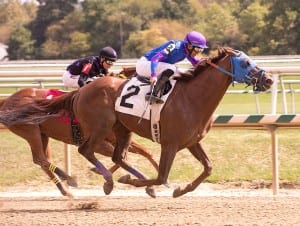 Standup Comic finished off the board in a pair of races last month at Timonium and was dismissed by the bettors in Wednesday’s second race at Laurel Park. The six-year-old gelding got the last laugh taking the $15,000 claimer with an impressive off-the-pace victory.

The son of Silver Train and apprentice jockey Angel Cruz saved ground early on in the 6-furlong test on the main track. Cruz then angled his charge outside leaving the far turn and took aim at the leaders. He collared front-runner Rob the Cradle to win by a length. Post time favorite Pot of Gold was third.

“It is a good way to start the meet,” Campbell said. “I thought he would run better at Timonium because he had been training well. It was good to see him put it together.”

Standup Comic was hardly the only longshot winner of the day.  Indeed, the hard knocker was just one of four horses at double-digit odds to get the money — in the first six races.  The roster also included:

“Maryland Racing Commission chairman Bruce Quade was instrumental in making this happen, working diligently with all the parties involved,” Maryland Jockey Club president Tom Chuckas said. “It was a successful day. The horsemen filled the races with an average of nearly 10 runners per race. We will be open to doing this again, if need be.”