Virginia-breds at Laurel could point to cooperative future 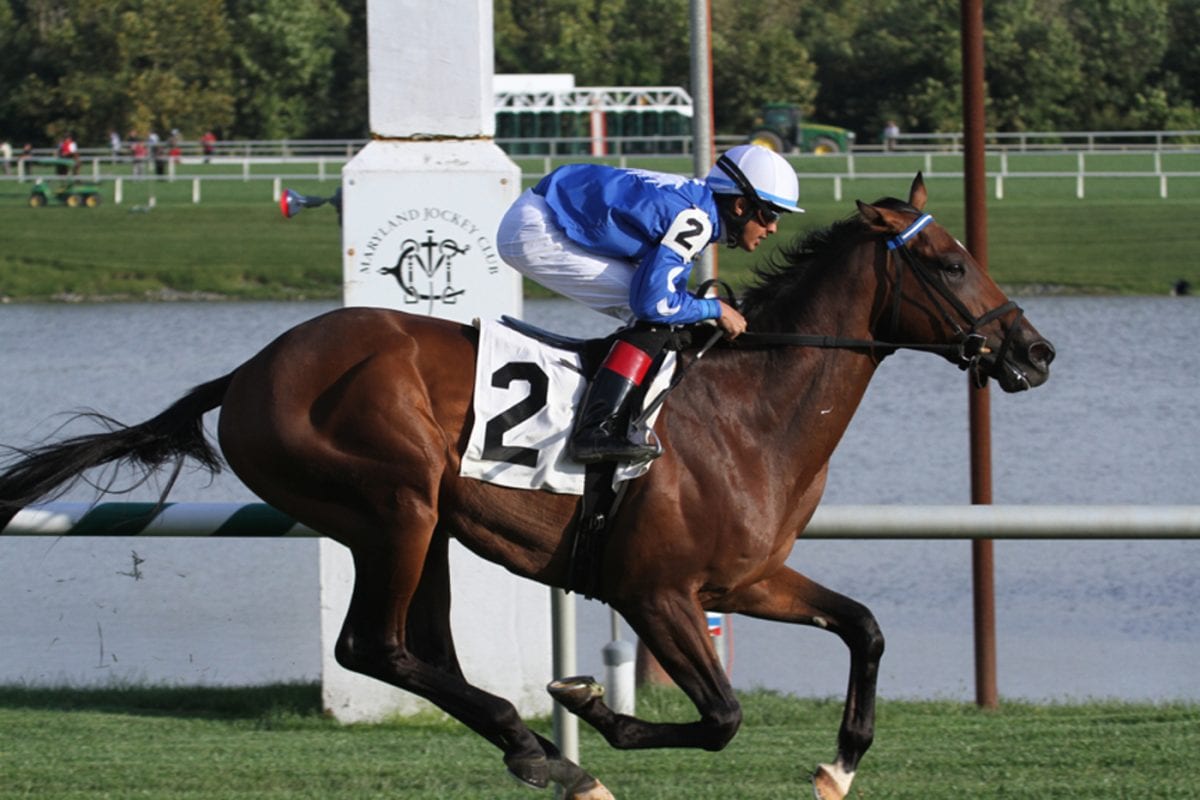 Is more of this in the offing? Several observers believe so.

That Laurel Park on Saturday hosted five stakes for horses bred or sired in Virginia (one of them, the Jamestown, for juveniles, run in two divisions) was something of an accident, occasioned by the inability of Colonial Downs and Virginia’s horsemen to hammer out an agreement for live racing this year.

But there was an unmistakable sense in the air that the interstate cooperation that led to the day’s racing could be — and perhaps should be — a template for the future of mid-Atlantic racing.

“We’re going to see a lot more of this, in my opinion,” said Maryland Racing Commission member John McDaniel, who participated in the discussions that brought the races to central Maryland.  “It will be good for racing, it will be good for the fans.”

Frank Petramalo, executive director of the Virginia Horsemen’s Benevolent and Protective Association, agreed.  His group put up most the purse money for the event.

And holding the races in central Maryland — significantly closer to most of the region’s horse population — helped make for better and more bettable races.

“These are the biggest fields that we’ve ever had for these five Virginia-bred stakes,” said Petramalo.  “As a matter of fact, we got so many for the two-year-old Jamestown that they split it.”

“The racing office, they killed it as far as hustling horses,” said Virginia Thoroughbred Association head Debbie Easter.  Her organization also contributed to the purses.  “We got some quality horses that, unfortunately wouldn’t normally ship down to Colonial Downs that are in the area around here and will ship in here,” she added.

In the Bert Allen, for three-year-olds and up going a route of ground on the turf, the eight horses had made their last start prior to Saturday at six different racetracks, among them Saratoga and Arlington Park.  And two of the day’s higher profile horses – hard-hitting multiple stakes winner Embarr, who won the Brookmeade, and graded winner Hard Enough, who ran second in the Bert Allen — both chose other spots last year.

Wagering on the six races wasn’t particularly strong by Laurel standards; they averaged $45,311 in the win-place-show pools, according to the Equibase charts.  Still, that was nearly triple the $16,940 they averaged a year ago at Colonial.  In the short term, that won’t matter much to Virginians, since all of the takeout stays in Maryland, but it does suggest long-term options.

Long-time Virginia breeder William Backer, who won the second divsion of the Jamestown with his homebred Moon River and bred Rose Brier, the winner of the Bert Allen Stakes, agreed that the future portends more regional cooperation.  “John McDaniel and I have been pushing a circuit, the Delmarva, Delaware, Maryland, Virginia, for years,” he said.  “The customers want it, the bettors want it. And the breeders here want it.”

One reason they want it is the distinct feeling that the state racing industry’s relationship with Colonial Downs and owner Jeff Jacobs is frayed beyond repair.

“Our board… is of the unanimous view that you have to get rid of Jeff Jacobs,” Petramalo said.  “Colonial Downs ought to go away.”

Added Larry Johnson, a Maryland native (and Maryland Thoroughbred Horsemen’s Association board member) who now lives in Virginia and won the Oakley Stakes with his homebred, Heaven Knows What, “They know how to put on a racing program here [at Laurel], they know how to do things.  I’m not convinced that’s true if you go south of here.”

The region’s compact size makes it ideal for some kind of interstate cooperation, too.  Within a few hours’ drive of Laurel Park are at least eight other mid-Atlantic racetracks, to say nothing of the New York tracks. 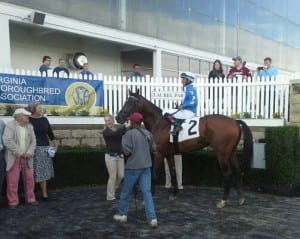 William Backer (at left in tan blazer) and Debbie Easter, next to him, celebrate Moon River’s Jamestown victory.

That led McDaniel to muse on what a regional circuit could do.  “It’s really very similar to what they do in Europe,” he said.  “They move the horsemen and the horses around to different venues. It’s fresh every few weeks.”

Ultimately, though, the strongest argument for greater regional cooperation is that the future may demand it.  If, as seems likely, the future holds fewer tracks operating fewer days (the number of races run in the country has dropped from nearly 80,000 in 1990 to fewer than 47,000 last year), only the strong will survive.

“Each state is too small to make a real splash,” pointed out Backer.  “Together, if you just think of it as a region, you could do so much.  You could compete with New York. If you don’t think you can compete with New York, you go home and go to bed.  You’ve got to be able to think that you could be the best, and this circuit could do it.”