Jockey Eriluis Vaz, aiming to put past behind him 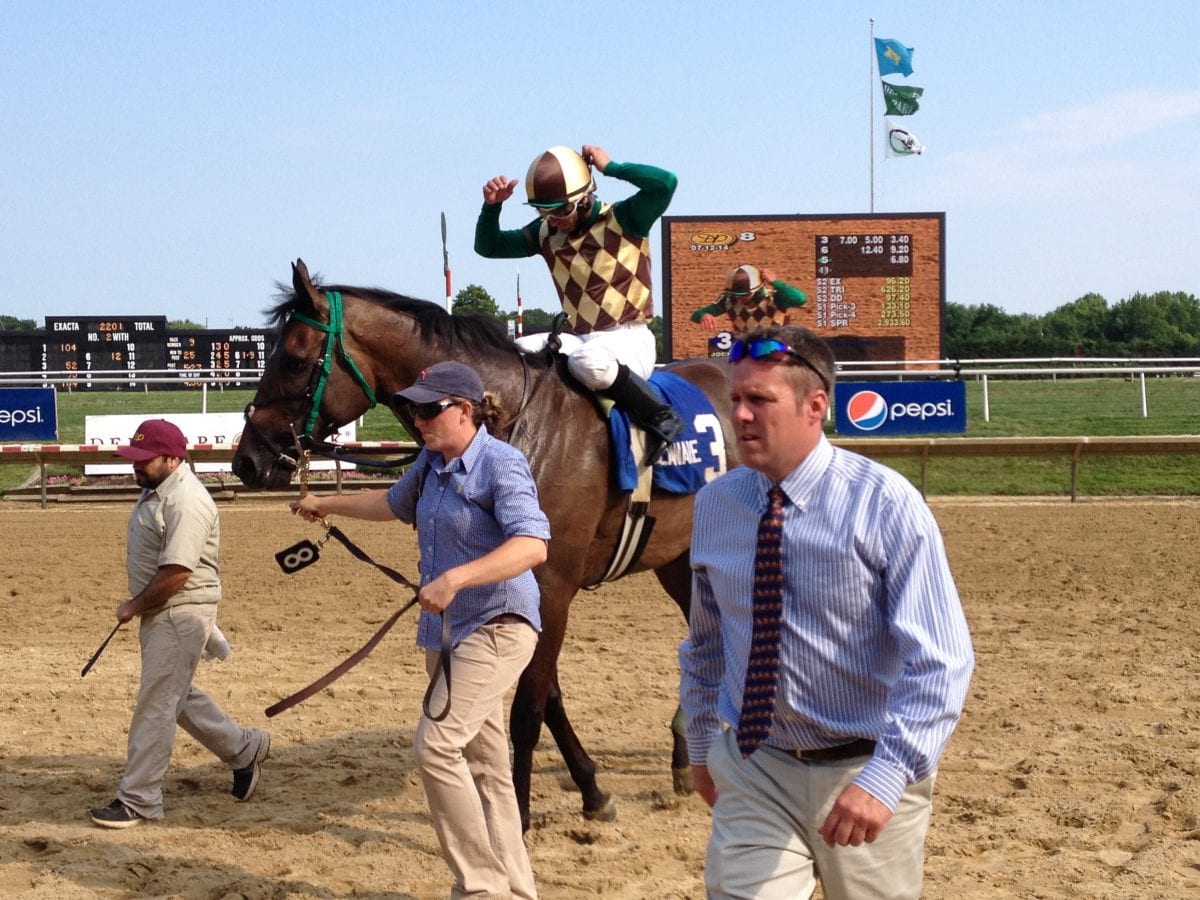 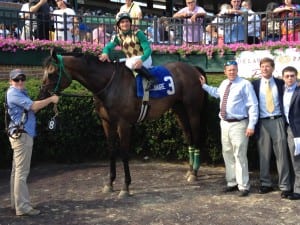 When Andrew Bentley Stables’ Hardest Core posted an upset in the Grade 1 Arlington Million August 16, it became one of racing’s feel-good stories of the summer.

Not only had the four-year-old gelding triumphed over a physical challenge that nearly cost him his life, but he was also the first entrant in a graded stakes for his young trainer, Eddie Graham.

Just as intriguing is the story about the jockey on his back, Eriluis Vaz. The Arlington Million was also the first graded stakes victory for the 30-year-old native of Carolina, Puerto Rico, who has rebounded after two lengthy and highly publicized suspensions at Parx Racing, one of which was potentially career-ending.

A graduate of the riding school in Puerto Rico, Vaz came to the United States and began galloping horses in New York before getting his apprentice license and winning his first race, at Aqueduct, in 2004.

“I did really well as a bug rider in New York,” said Vaz. “I rode a lot for Richard Dutrow. His brother, Tony Dutrow, had a full barn at Parx at the time, and said he liked the way I rode and asked if I would go to Parx when I lost the bug, which I did.”

In 2005, his first full year at the Bensalem, PA oval, Vaz collected 110 winners and his mounts earned more than $2.3 million. During the next five seasons, he was consistently among the track’s leading riders.

But then he began making a name for himself, and not in a positive way. Vaz’s first suspension, for 200 days, was handed down by Parx (then Philadelphia Park) stewards after he came to blows with fellow jockey Ademar Santos during the running of the fifth race January 8, 2010.

Vaz issued a public statement prior to receiving his stiff suspension, which read, in part: “I made a mistake, one that I will regret the rest of my life.”

In the nearly seven months he was barred from riding in 2010, Vaz went back to Puerto Rico to be with his family. When he returned, he quickly began winning again, racking up 93 victories and more than $2.8 million in earnings in 2011. But late that year, another incident occurred that resulted in his expulsion from the Bensalem oval.

Vaz was ejected from Parx on December 13 – given an “indefinite suspension” — after jockey Kristina McManigell accused him of sexual harassment while she was in the female jockeys’ room shower December 7, with track video showing him entering the area.

The Pennsylvania Racing Commission upheld Parx’s decision on January 3, 2012, and McManigell subsequently filed a civil lawsuit in Bucks County, PA accusing him of “assault, invasion of privacy, false imprisonment and intentional infliction of emotional distress.” The suit sought a jury trial and damages in excess of $50,000.

While he was suspended, Vaz rode in Maryland and West Virginia without incident, and eventually Vaz’s attorney, Alan Pincus, was able to get the rider reinstated, with the lawsuit concluded in mid-2013.

“It was a really bad experience,” said Vaz, who said he has been advised by Pincus not to talk about case specifics. “It hurt me personally, and I lost a lot of business. I’m not that kind of person.”

When contacted, McManigell said she had no comment, other than to say she was trying to put the case behind her.

Vaz became the regular rider of Hardest Core after he was tabbed by Graham, whom he became friendly with through basketball games, to ride the gelding on June 28 at Parx in an allowance/optional claiming race on the turf, which he won by three lengths. He then piloted the son of Hard Spun to a victory in the Cape Henlopen Stakes at Delaware Park July 12 prior to the Arlington Million.

“He’s a great turf rider,” said Graham. “Why would I change riders for the Arlington Million? I had complete faith in him and his ability to do the job. He didn’t ride Hardest Core like a longshot; he rode him as if he were the favorite.”

When asked about how he felt about riding in his first Grade 1 race, Vaz said, “Honestly, I was very calm and focused. I don’t know why, but I never get worried or nervous; I ride the best I can.” 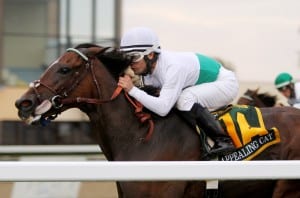 After crossing the finish line with a ceremonial fist pump, Vaz said there was little time to savor the moment.

“Everybody was congratulating me and we were all really happy,” he said. “But I missed my flight and by the time I got home it was 4:30 a.m., and I had to go right back to work.”

Graham said it is likely that Hardest Core will train up to the Breeders’ Cup Turf (Gr. 1) November 1 at Santa Anita.  Vaz, he said, will get the call.