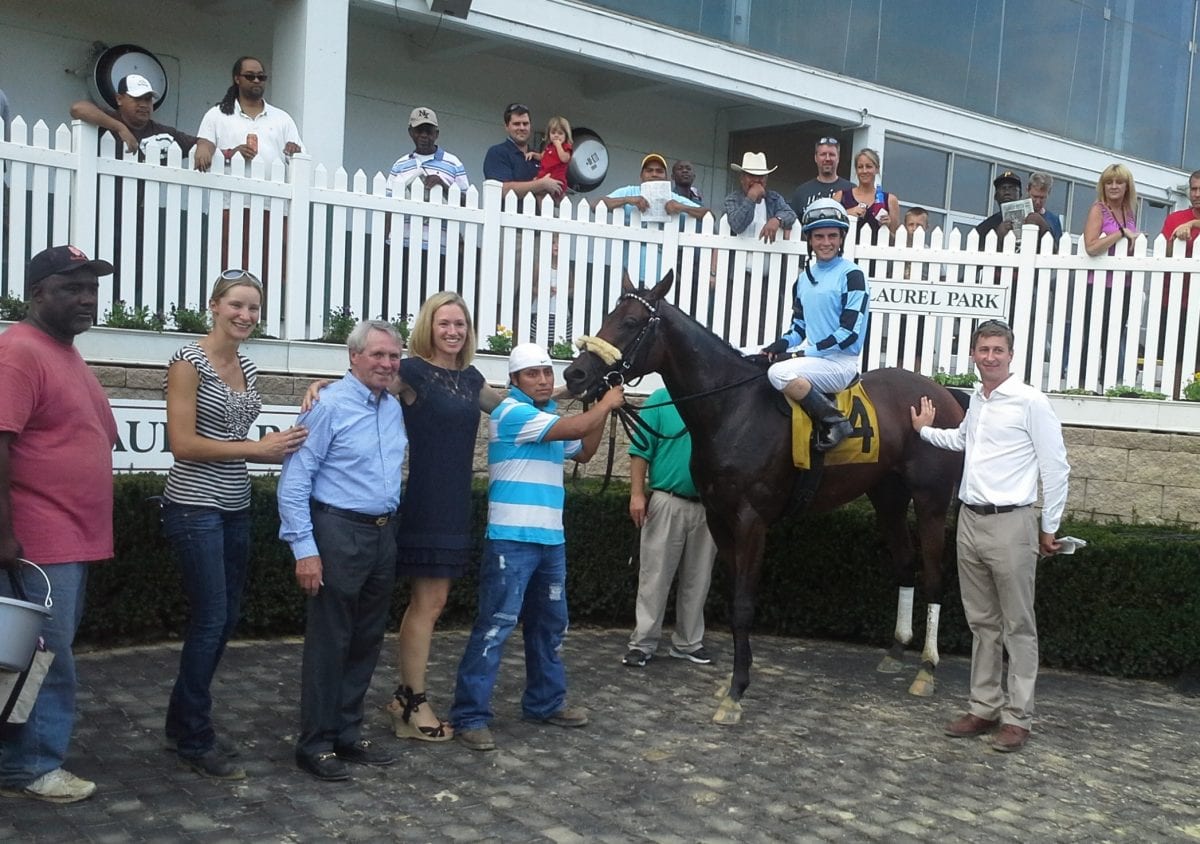 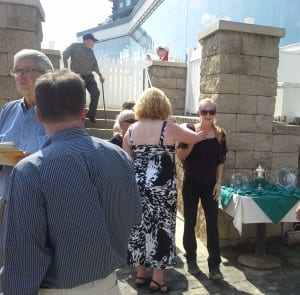 After a busy opening weekend at Laurel Park, the two young trainers, who entered the weekend with a combined total of zero stakes victories, both had occasion to celebrate and hardware to place on the mantelpiece.

And if that sounds like the hoariest cliche of all — opening weekend, new beginnings, etc. — well, assume the racing gods had a hand in this one.

Smith’s runner, Vielsalm, posted a 9-1 upset in the grassy All Brandy Stakes, for Maryland-bred fillies and mares.  Five races later, Saville’s Legendary ran like the 7-5 favorite he was, cruising to a couple-length victory in the Japan Racing Association, also on the grass.

“It was kind of special to win with her,” Smith said of Vielsalm.  “I’m just so glad she’s been running well.”

Smith, 26, took over Dickie Small’s operation when the legendary trainer passed away in April.  Vielsalm’s first 16 races came with Small as the trainer of record; with Smith, the four-year-old daughter of Fairbanks had a ledger of 5-1-1-1 prior to the All Brandy.

“[Small] really liked this filly a lot,” Smith said.  “I’m glad I was able to keep her going and keep her in good form.”

But that’s not how Smith saw it.

“When I looked at the race on paper, I thought she had a good shot, mainly because of the distance,” she said.

Vielsalm trailed the field through moderate early fractions set by Nashly’s Vow.  Under an astute ride by Julian Pimentel, she found a seam in the lane, shot between horses, and nailed Nashly’s Vow to win by a neck, with Joy another neck farther back.

It was a satisfying win for connections who have liked their horse more than the general public did, virtually from day one.

“We all liked her as a yearling but nobody wanted her,” said owner Brooke Bowman, the partner in Heritage Stallions who co-bred the filly with his parents.

Their trip to a yearling sale with her ended up a failure.  “We bought her back for $4,500,” he recalled.

But gradually, the late-developing filly began to come around.  Turf helped; blinkers helped.  Maybe most of all, time helped.

“Dickie was excited to get her going [earlier this year],” Smith said.  “She had come back to the track a couple weeks before he passed away.  He was expecting a big year from her.  She’s the type — the older she gets, the better she’s going to get.”

Time seems to be helping Saville’s Legendary, too.  The five-year-old son of Exceed And Excel, who was bred in Great Britain and, until earlier this year, ran there, seems poised to become a player in the turf division.  He’s now won three of five starts for Saville, who trains at Fair Hill.

On Saturday, he profited from a perfect trip under Sheldon Russell behind the breakaway speed of Eighttofasttocatch, then closed nicely to defeat Under Control, with Hamp in third.  Eighttofasttocatch faded to last.

In his first start for Saville, in April, Legendary had run second at 14-1 odds in a Keeneland allowance under Rosie Napravnik.  But it wasn’t the placing that mattered to Saville.

“I have a lot to thank Rosie Napravnik for,” he said.  “I ran him to educate him. He needed to go far enough where she could get him to settle, teach him to breathe, and still have enough racing room. Being second was just a bonus.”

That race, which Saville called “the making of” Legendary, led to a modest two-race winning streak.  In his start prior to the Japan Racing Association, he ran third, behind Grade 1 winner Big Blue Kitten, in the Lure at Saratoga. 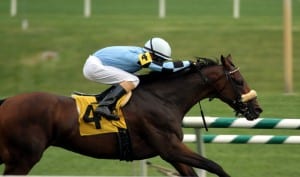 On Saturday, the horse Saville described as nervous, the one who needed to be educated when he came over from Britain, did just about everything right.  As did his jockey.

“He just relaxed to that pace perfectly,” Saville pointed out, “and Sheldon gave him an excellent ride.  He just gave him every chance to do his thing and didn’t get him in trouble.”

He added, with a chuckle, “It sounds very easy, but it’s not.”

Saville, who is from northern England, and Russell, born in Louisiana but raised in England, had arrived in the United States at about the same time, and both learned their crafts under the tutelage of trainer Michael Dickinson.  Russell rode Saville’s first-ever winner, and teaming up Saturday made the stakes score “way sweeter,” Saville said on Twitter.

For Legendary, the future probably holds deeper waters; Saville is eyeing graded company for the horse’s next start.  Vielsalm is more likely to appear in a second-level allowance.

The productive parts of their careers are just starting.  The same could be said for Smith and Saville.