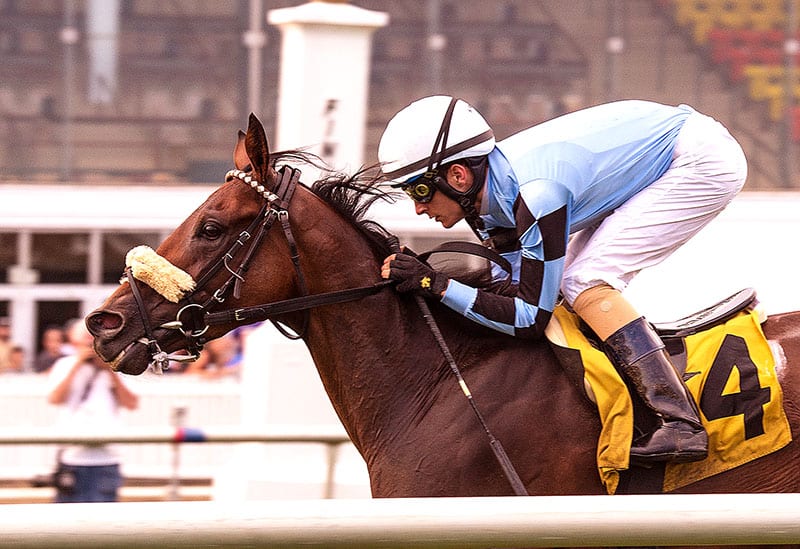 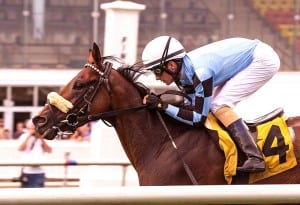 Walter R. Swinburn’s Legendary enjoyed a clean stalking trip, picking off the leaders straightening for home and drawing off to win the grassy, $100,000 Japan Racing Association Stakes, the final of four stakes on Saturday’s opening weekend at Laurel Park.

The Fair Hill, Maryland based runner, who was making his fifth start in the United States, was scoring his first stakes win for trainer Niall Saville after campaigning previously in England. A minor stakes winner in Great Britain, he previously posted two wins at Belmont Park and a third place finish in the Lure Stakes at Saratoga.

“He’s the least mature 5-year old I ever had,” said Saville. “When we brought him over here from Great Britain he was a very nervous horse. The biggest thing was to get him to relax. I took him to Keeneland and Rosie Napravnik worked with him and took him a mile and a half just to educate him. She got him to settle. That’s all we wanted to achieve there. Two months ago I wouldn’t have run him here. Today he just relaxed to the pace perfectly.”

He paid $4.80 as the public favorite. Sheldon Russell guided Legendary to a 2-1/4 length victory in 1:41.52 for the 1-1/16th mile distance over the firm turf. Under Control took second while Hamp finished third.

“It was a perfect set-up and a perfect trip,” said Russell. “Niall and Mr. Swinburn really liked him today. The pace felt honest. At the 3/8ths pole I was really happy as he was travelling very well and starting to move. When we hit the front, I tapped him once and he really exploded.”

Eighttofasttocatch, making his season debut, led for the first three-quarters but faded to last. The Tim Keefe trainee, who has won 10 career stakes races, nine on the Laurel main track, will attempt to win his third Maryland Million Classic in four years here on Oct. 18.

“Obviously I was looking for a different outcome,” Keefe said. “First race back but I was comfortable with where he is, it just didn’t work out. I am disappointed but the ultimate goal is the Maryland Million Classic. We will be back on the dirt, the surface he likes, and running on a day he likes.”