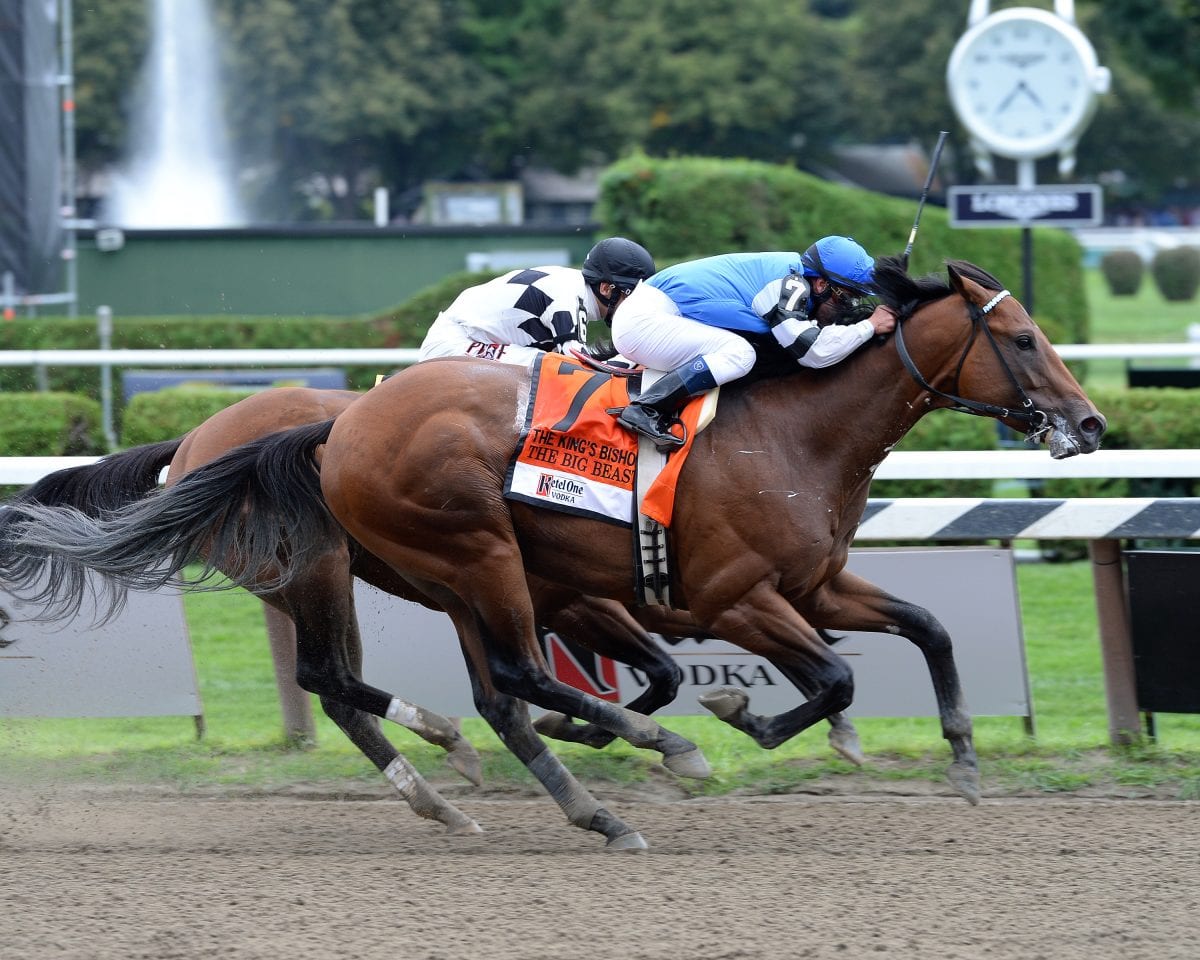 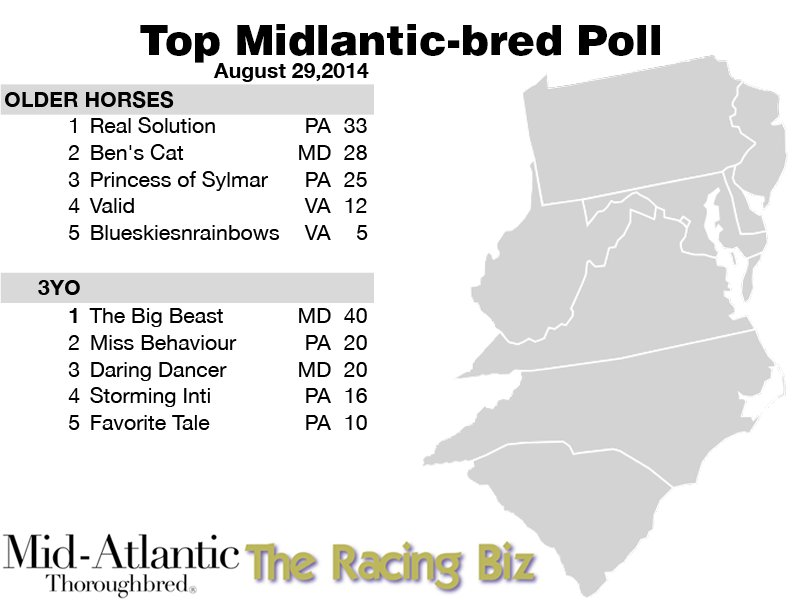 The Big Beast used a big rally to earn the first stakes victory of his career last weekend when he ran down Fast Anna to win the Grade 1 King’s Bishop at Saratoga.  And that made him the big mover on this week’s Mid-Atlantic Thoroughbred/The Racing Biz Top Midlantic-bred Poll, when he went from not receiving a single vote a week ago to the top-rated three-year-old bred in the region.

Among older horses, Real Solution’s disappointing flop in the Grade 1 Arlington Million gave some voters pause, but he maintained his status atop that list.

The Big Beast, a Maryland-bred, did not debut until this March and was a maiden until June.  He’s now won three straight races and has an overall record of 5-3-1-1 with earnings of $415,500.  In the King’s Bishop, The Big Beast stalked leader Fast Anna from third, came wide rounding the turn, and wore that rival down late to win by a neck.

The Big Beast is trained by Tony Dutrow for owners Alex and JoAnn Lieblong.  He is by Yes It’s True out of the stakes-placed Deputy Minister mare V V S Flawless.  He was bred by Green Willow Farms.

Miss Behaviour, the three-year-old leader in the last poll, dropped into a tie for second with Daring Dancer.  She will look to bolster her case this weekend when she runs in the Grade 2 Prioress at Saratoga.

There was little change among the older horses, with Pennsylvania-bred Real Solution retaining the top spot despite a disappointing seventh-place finish in the Arlington Million.  Princess of Sylmar, second in the prior poll, fell to third after running fifth in the Grade 1 Personal Ensign; that left Ben’s Cat alone in second.

The list included five Pennsylvania-breds, three Maryland-breds, and two horses bred in Virginia.  Seven were males, and three were females.

This marked the eleventh semi-monthly edition of the poll. 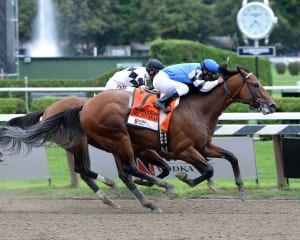 The Big Beast’s King’s Bishop win vaulted him to the head of the class. Photo by NYRA/Lauren King.