Bandbox to stand at Northview 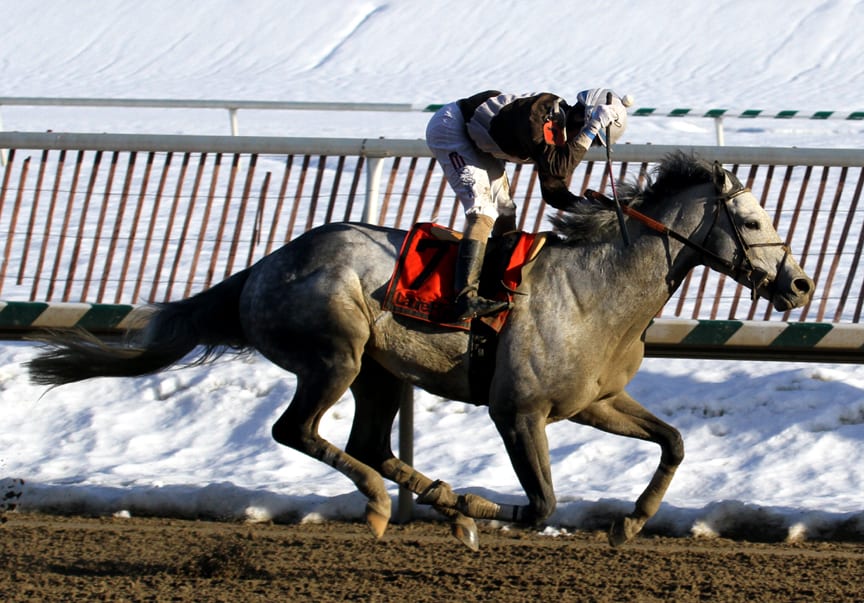 Bandbox, a four-length winner of the 2014 running of the Grade 3 General George Handicap and a son of leading sire Tapit, will stand his first season at stud in 2015 at Northview Stallion Station, in Chesapeake City, Maryland, according to an announcement from the farm. His stud fee will be $2,500 live foal and he is now available for inspection at the farm.

“We’re extremely excited to stand Bandbox here in Maryland and, as far as we know he is the first Graded Stakes Winner by Tapit to stand outside of Kentucky,” said Richard Golden, President/CEO of Northview Stallions.

In the General George, Bandbox got away well and was sitting in sixth down the backstretch, about four lengths off the lead. He began his rally around the final turn but found himself behind a wall of horses as they neared the top of the stretch. Bandbox swung six-wide into the stretch and then accelerated away from the field to win impressively registering a 102 Beyer Speed Figure.

Raced by Ellen Charles’ Hillwood Stable and trained by Rodney Jenkins, Bandbox won his first three starts at two, including a 9 1/2-length runaway win in the $100,000 Charles Town Juvenile S. He also rallied, after stumbling at the start, to take Belmont’s Sleepy Hollow S. as the heavy favorite, and in his debut he put in a rally to win on the turf. In the fourth and final start of his juvenile year, BANDBOX finished on the board in the Grade 2 Remsen S. behind To Honor and Serve and Mucho Macho Man after a troubled trip throughout.