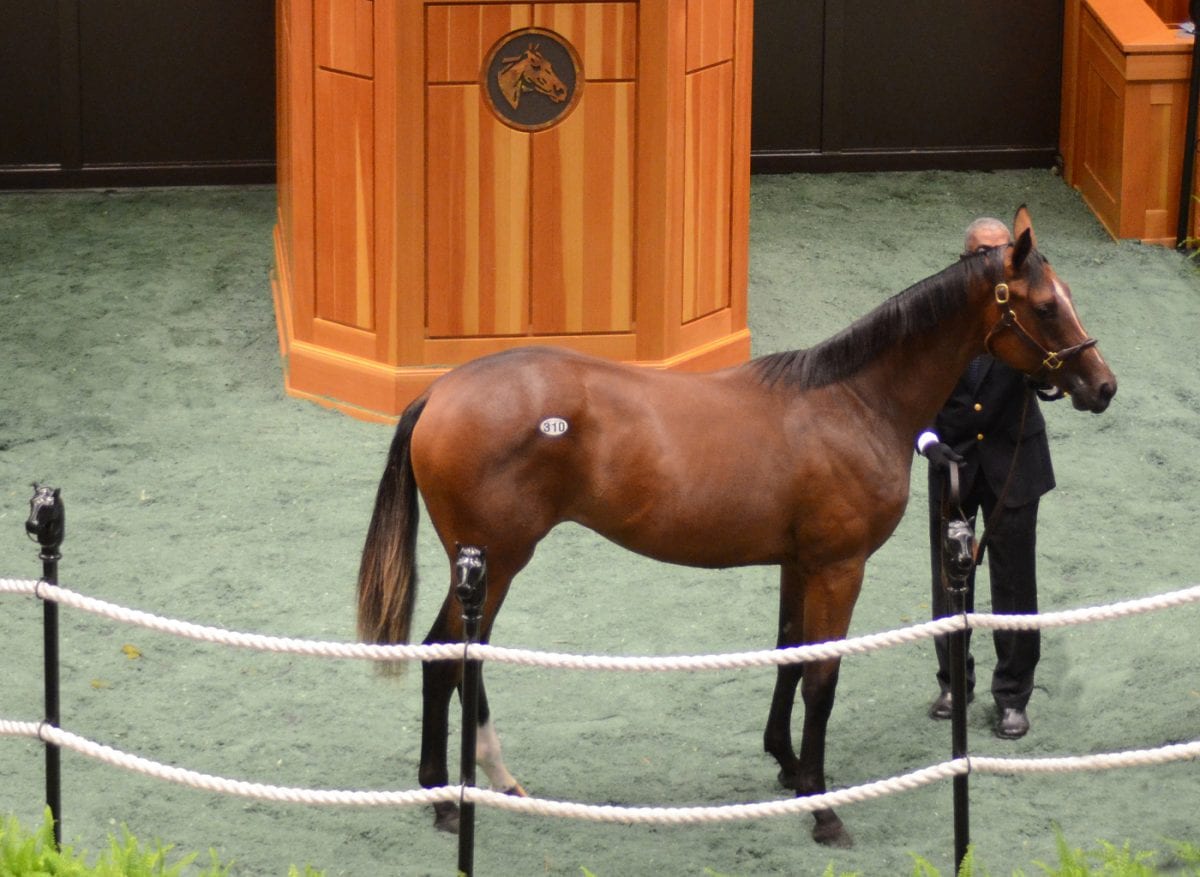 In this, her fourth Spa Diary, Teresa Genaro visits with mid-Atlantic-based consignor Marshall Silverman, who made his annual pilgrimage to Saratoga a successful one. 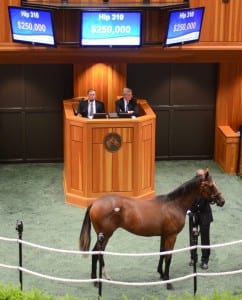 For a man whose work depends on pedigree, consignor Marshall Silverman is living proof that bloodlines aren’t everything.

The offspring of one haberdasher, the grandson of another, the brother of a third, Silverman eschews the sartorial inclinations of his connections.

“I wouldn’t say I’m a rogue,” commented Silverman, “but I’m not the fancy khaki kind of guy.”

With family ties to both London Fog and Mayfair Slacks, which made clothing for Saks Fifth Avenue and Brooks Brothers, Silverman remembers being dressed up in suits before he went to kindergarten.

Perhaps belying his modest garb, Silverman consigned the session-topper on the first night of the New York-bred sale at Fasig-Tipton this year, and the second highest-priced horse overall. The Tizway filly out of Free as Tristan, a half-brother to multiple stakes winner Amberjack and multiple graded stakes placed Associate, sold to French bloodstock agent Hubert A. Guy for $250,000.

“I thought there was a pretty good possibility” she would go for that much, said Silverman. “She’s a really nice horse. She had a great mind, and we sold her half-brother last year for $200,000, and I thought she was nicer than him.”

That half-brother, Summer True, by Yes It’s True, was also sold at Saratoga, one in a string of high-priced horses that were prepped by Silverman. One, an Elusive Quality colt out of Lucette, sold for $385,000 in 2010; this year, Jeff Treadway, owner of multiple Grade I winner Sweet Reason, bought a Silverman-consigned filly by Scat Daddy out of Follow Your Bliss for $130,000.

A Maryland native who now lives in New Freedom, Pennsylvania, pretty much on the Mason-Dixon line, Silverman started in the show horse world, working for Joey Darby, who passed away this summer, and with the U.S. Equestrian Team that included three-time Olympian Kathy Kusner.

“Kenny Douglas kind of took me under his wing,” he said. “Those guys were really good horseman, good old grooms.”

His first job breaking horses came at a farm at which he worked with the Janney family’s horses—the offspring of Bold Ruler, he remembered, and Icecapade.

“You’ve been doing show horses,” he said, “and you’re out there in the morning, and you’re galloping these horses…I can remember there was this Native Dancer that had come out of [the Saratoga sale], he was maybe an $85,000 horse in the early 70s, and the sun’s coming up, and you’re out there galloping, and you think, ‘What in the heck am I doing with these show horses? This is big business. This is cool.’”

He caught the racing bug when he bought a veteran of 20 starts to turn him into a show horse; after removing a chip in his knee, Silverman entered him at Charles Town.

“The first time out, he just whistled,” said Silverman, still in awe all these years later. “I couldn’t breathe.”

Next out, the horse ran second.

“I’m like, ‘What the heck? What happened?’’ Silverman remembered with a smile at his own astonishment. “’What went wrong? Why didn’t he win?’

“That’s sort of how I got involved with the race horse end of it. The game just grabs you.”

He worked at Stymie Manor for Hirsch Jacobs, with horses like High Echelon and Your Excellency, and the progeny of Hail to Reason. He galloped horses for Hall of Famer Henry Clark and Dickie Dutrow, and eventually he set up at Fair Hill, only to find that a public stable wasn’t for him. 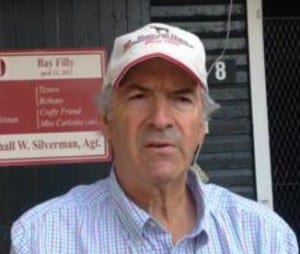 Marshall Silverman. The Blood-Horse spoke with him, as well, and click here for video.

“I don’t want the pressure from owners,” he said frankly, though he does like to keep a horse or two of his own; he’s got a three-year-old Maryland-bred by Orientate, The Great Provider, that he hopes will race later this summer or in the fall.

“He’s up at Betsy and Ronnie Houghton’s Sylmar Farm,” he said. “They’ve done a great job with him.”

He’s been coming to Saratoga for the sales for about six years, and though he’s prepping fewer horses than he has in the past, he still likes making the trip—or rather, the trips, as he heads back after the select sale to get his New York-breds to ship up for the second sale. And with this one in the book, he’s got his eyes on the Fasig-Tipton Midlantic Fall Yearlings Sale at Timonium at the end of September.

“I love coming up here,” he said. “I wish I could stay, but I’ve got to get right back home and start prepping for the next sale.”

“Home” is the 104-acre farm where he preps his own and his client’s horses. Business is tougher now than it used to be, he said, but he’d rather keep his business small than expand and go into debt. And even if his numbers are down, Saratoga may have been, for him, an illustration of quality over quantity.

He paused, then added, “Listen…it’s easy to sell good horses.”