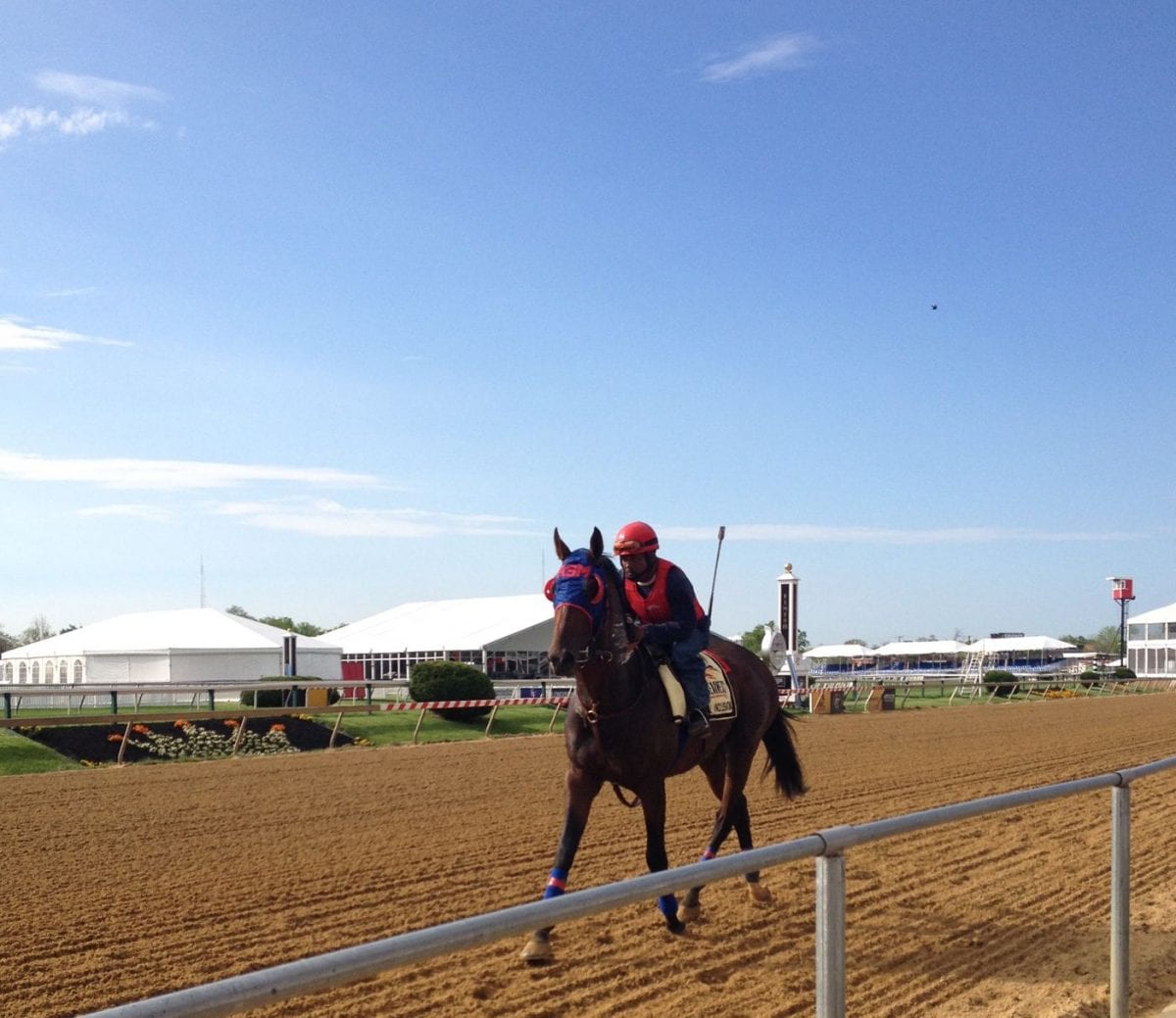 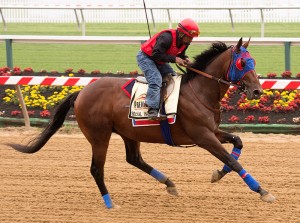 Social Inclusion arrived at the Jersey Shore by van Wednesday morning but his connections were unsure whom the brilliantly fast colt would be partnered with on Sunday in the $1 million William Hill Haskell at Monmouth Park.

“I am looking for a rider now,” said trainer Manny Azpurua, when reached while in transit from his South Florida base. “Ortiz (Irad, Jr., the colt’s regular jockey) got days.”

Azpurua, who conditions Social Inclusion for Ron Santos’s Rontos Racing Stable Corp., said that conversations with the stewards were ongoing, but as of late morning, he had not heard back from the jockey’s agent with a definitive answer whether Ortiz’s suspension would be stayed and he would be allowed to compete.

“I am talking to other riders and looking at other options now, and we have to decide by tomorrow morning (when entries will be taken),” said Azpurua, who at age 85 became the oldest trainer to saddle a Preakness runner when he tightened the girth on Social Inclusion, a Kentucky-bred son of Pioneer of the Nile.

Social Inclusion, who generated  considerable buzz when he won his first two races at Gulfstream Park this year by a combined 16 ½ lengths and set a track record of 1.40.97 for 1 1/16 miles in the second start, worked 4 furlongs Tuesday morning at his home track. His breeze of 48.21 was the fourth fastest of 20 horses traveling the same distance at Gulfstream.

The colt made his third start in the Wood Memorial Stakes (G1) in New York, but became worked up in the paddock and post parade and finished third as the favorite. In the Preakness Stakes (G1) next time, he also had some pre-race issues and antics.

“He’s doing great, he’s acting a lot quieter and nicer now. Before, he would get a little bit upset,” said his trainer. “We made some mistakes with him. The important thing is that he’s taking in everything quietly now and he’s easier to train. He’s matured. My people told me this morning that my horse made the trip very quietly and very nicely”.

Social Inclusion figures to be part of a very quick pace. Bayern, Wildcat Red, and Albano have shown plenty of early foot leaving the gate in their races.

“We’ll see what happens. That’s something very easy to say before the race, so we’ll see how everything is going to go. We’ll run this race and find out what’s going to be. I really believe my horse is going to run a wonderful race on Sunday,” Azpurua said.

Social Inclusion is likely to face off against eight rivals in the Grade 1 Haskell, with the filly Untapable the probable favorite.  Others expected to enter the mile and an eighth Haskell, which will be drawn on-track Thursday at noon, are Albano, Bayern, Encryption, Just Call Kenny, Irish You Well, Medal Count and Wildcat Red.