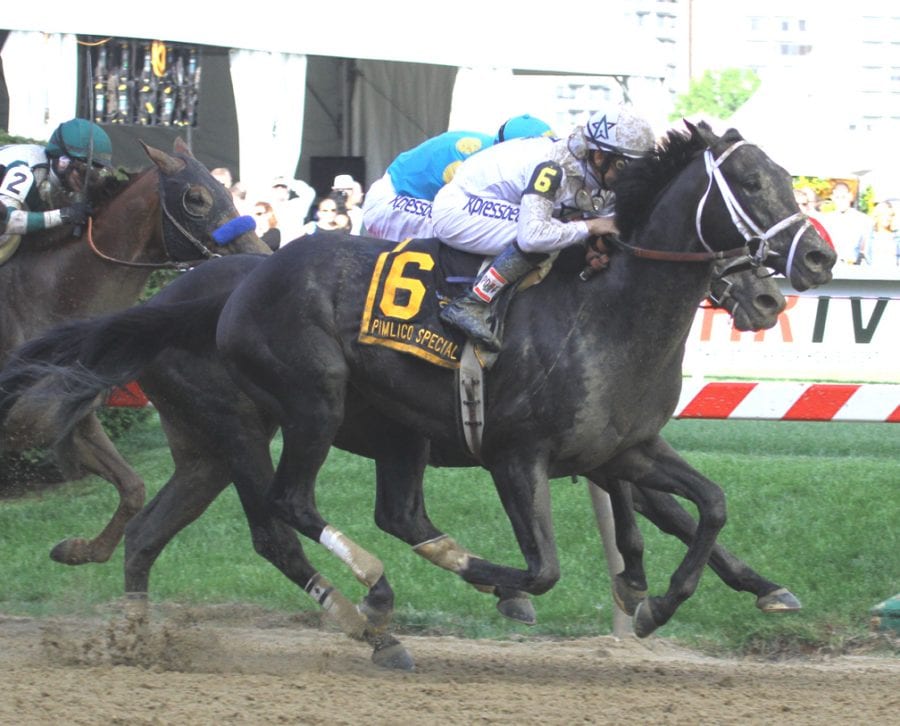 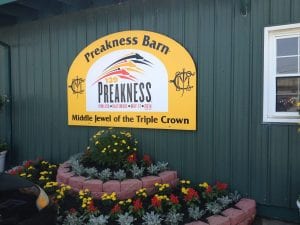 The state of Maryland’s racing facilities – frontside and back – is one major issue. Photo by The Racing Biz.

That’s the clear message from statements submitted by 29 candidates for the board of directors of the Maryland Thoroughbred Horsemen’s Association (MTHA), supplemented by an additional nine interviews conducted by The Racing Biz.

Yet there is a wide diversity of opinions on what other issues matter most.  How individual voters interpret that question may well determine the shape of the next board of directors in an election that some say is one of the organization’s most meaningful yet.

All 15 board seats are up for election, each for a three-year term.  The organization’s members will vote for seven owners and seven trainers, and the board ultimately will be comprised of the seven top vote-getters in each category plus the individual with the next highest number of votes.

At least 10 Maryland horsemen mentioned the importance of maintaining the industry’s share of slots revenue as a central issue.  That’s not just an academic concern; in both West Virginia and Pennsylvania, slots funds targeted to racing have been diverted to other purposes.  And in Maryland, legislation has been introduced at least twice to reduce or eliminate racing share of slots revenues.

“As we have seen in West Virginia, Pennsylvania and other states where gaming revenues are an important part of the horse-racing industry,” pointed out current board member Michael Horning in the organization’s profile booklet, “changing economic and political forces have targeted funds that were legislatively designated for our industry to other politically motivated uses.”

Several other issues drew substantial interest from the candidates, among them the lack of fan interest in racing; the need for continued and even increased cooperation among racing’s stakeholders for the good of the game; and the importance of summer racing/rebuilding towards year-round racing.

It is, of course, no secret that Maryland racing has taken some hits over the last decade or more; the largely empty grandstands at Laurel and Pimlico most days tell that tale, and a number of candidates see that as their biggest objective.

Owner-candidate Chip Reed, in the profile booklet, pointed to “introducing the younger generation to horse racing” and bringing them along as fans and bettors as one key goal.  “If fans do not bet, there will be no racing,” he added.

A number of candidates cited improved cooperation among racing’s stakeholders — the MTHA, Maryland Horse Breeders Association, and the Maryland Jockey Club, which owns the state’s two major racetracks — as a positive of recent years, one they would like to build on.  At the same time, said some, that comity could be fragile; it has been more typical of the groups over the years to disagree than to agree.

“This new cooperation between the MTHA and the horse breeders was too slow and too long coming,” said trainer-candidate Ferris Allen in an interview.  “We need a lot more cooperation.”

Added owner-candidate JoAnn Hayden, “I will work diligently with all parties to ensure that the newly found harmony prevails. We need to go to Annapolis with one voice.”

While Maryland once hosted well more than 200 days of racing each year, that number has declined substantially in recent years, to 146 days at Laurel and Pimlico, with an additional seven at Timonium during the state fair.  That schedule includes a dark period of nearly three months, from the closing of Pimlico (on June 7 this year) to the return of racing to the state (August 22 to Timonium, September 5 to Laurel).

[pullquote]You owe it to the game to try to make it better.” — Damon Dilodovico[/pullquote]

“One of the biggest things is dates in racing that are good for everyone,” trainer-candidate Mike Trombetta said in an interview.  “We need to take a good hard look at the schedule in general, maybe get some use out of Laurel’s turf course.  The best time of the season, we don’t have anything happening.”

Still, despite substantial agreement, it is clear that owners and trainers see the role of the organization — and what matters most — somewhat differently.

For example, only trainers mentioned the importance of adding summer racing.  Meanwhile, it was primarily owners who cited the need to improve racing’s marketing and the appearance and comfort of frontside facilities.

And owners were clearly more likely to cite governance — an issue that has at times bedeviled the organization in recent years and nearly led to its implosion a couple of years ago — as one of their top priorities.  Six owner-candidates mentioned governance improvements either in their profiles or during interviews, versus only two trainers who did so.

“We need to run an organization with full transparency and the highest ethical standards,” owner-candidate Harry Kassap said in an interview.  “We have to remember that any money we take in belongs to each and every horseman.”

He added, “The easiest way to give legislators an excuse to take the [slots] money back is when you don’t act in an ethical fashion.”

The organization’s travails in recent years have left some with the impression that participating in it is something one does at one’s own peril.  Owner-candidate Jessica Ryley Hammond told a friend she was running for the board only to be asked, she said, “Why would you want to do that?”

But Hammond, and the rest of the candidates, likely agree with trainer-candidate Damon Dilodovico.  “You owe it to the game to try to make it better,” he said.