Handicapping the Delaware Handicap and Sweet and Sassy 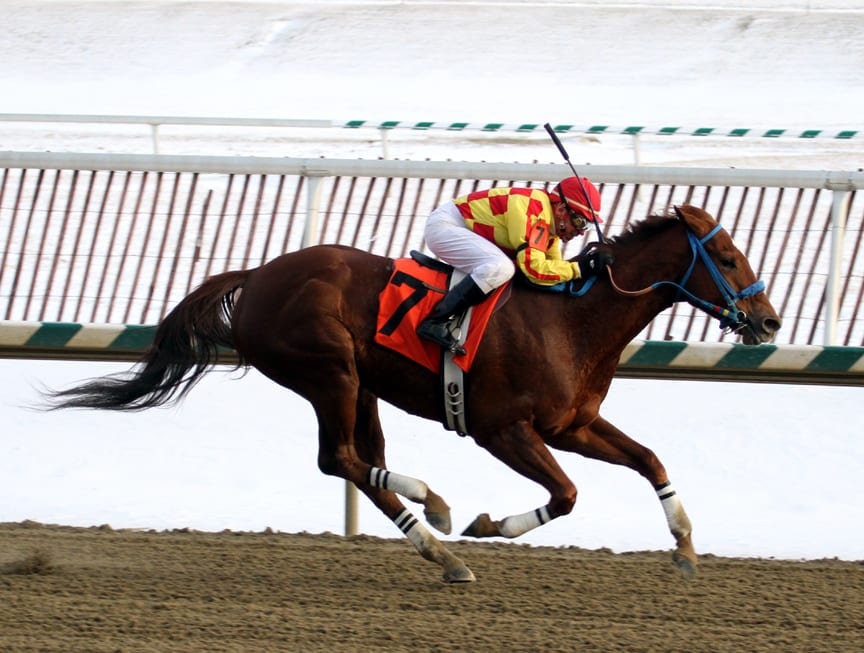 If it’s the Del ‘Cap and you like a horse, then you’re probably going to have to beat Todd Pletcher.  Pletcher has four wins in Delaware Park’s premiere race and will become the winningest trainer in Del ‘Cap history should his PRINCESS OF SYLMAR prove victorious Saturday.

While we love to beat favorites — what horseplayer doesn’t? — we also have to face facts when handicapping a field.  The truth of the matter is Princess of Sylmar towers over her field from a class standpoint. She’s the only Grade I winner in the field and she’s done that four times. The only time she’s finished worse than second since her debut came in last year’s Breeders’ Cup Distaff where she stumbled at the break.  She was flying at Close Hatches, who is at the top of her game right now, when beaten just a head in the Grade 1 Ogden Phipps last out. With the prospect of a dawdling pace, she should have no trouble stalking outside under Castellano and nobody comes home harder or faster than Pletcher horses. Remembering the old saying that “short price beats long face,” we just can’t go against the fave.

But there may be some value in exactas with BELLE GALLANTEY.  Beaten less than two lengths in the Phipps after having some traffic woes, Belle Gallantey came into that one off three straight wins for a high percentage trainer. With very little early speed in the Del ‘Cap, Belle Gallantey may well just shoot to the lead from the inside and try to set slow fractions. Historically, speed has been very dangerous in this race, and if the fave doesn’t bring her “A” game, Belle Gallantey would be our upset choice.

FLASHY AMERICAN is as consistent as they come, has a pair of wins and two runner-up efforts at 1 1/8 miles, which indicates more distance would help her chances.  She is making only her second start since April. Could be poised for a lights-out effort that could put her right in the thick of things.

Fillies and mares, 3yo and up, 6 furlongs

WINNING IMAGE has six wins from her last nine starts dating back to 2012, is coming off a two-month break, runs very well off short vacations, and seems to respond well to the ageless Tony Black in the irons. Over a surface that is as speed favoring as you’ll find anywhere, it’s a simple case of catch Winning Image if you can.

INTEREST FREE, a well-bred Neil Howard runner, has never been worse than third at sprint distances, comes off a 90 Beyer speed rating win, and should be stalking outside. If a stalker/closer wins this race, we think it’ll be Interest Free.

GALIANA has won two of her last three over the local strip, has a lifetime record of seven wins in 12 starts, and should be on or near the lead from the start. If she doesn’t get into a suicidal pace duel with the top pick her numbers say she can compete in here.