Tightend Touchdown is right on time in Pa. Governor’s Cup 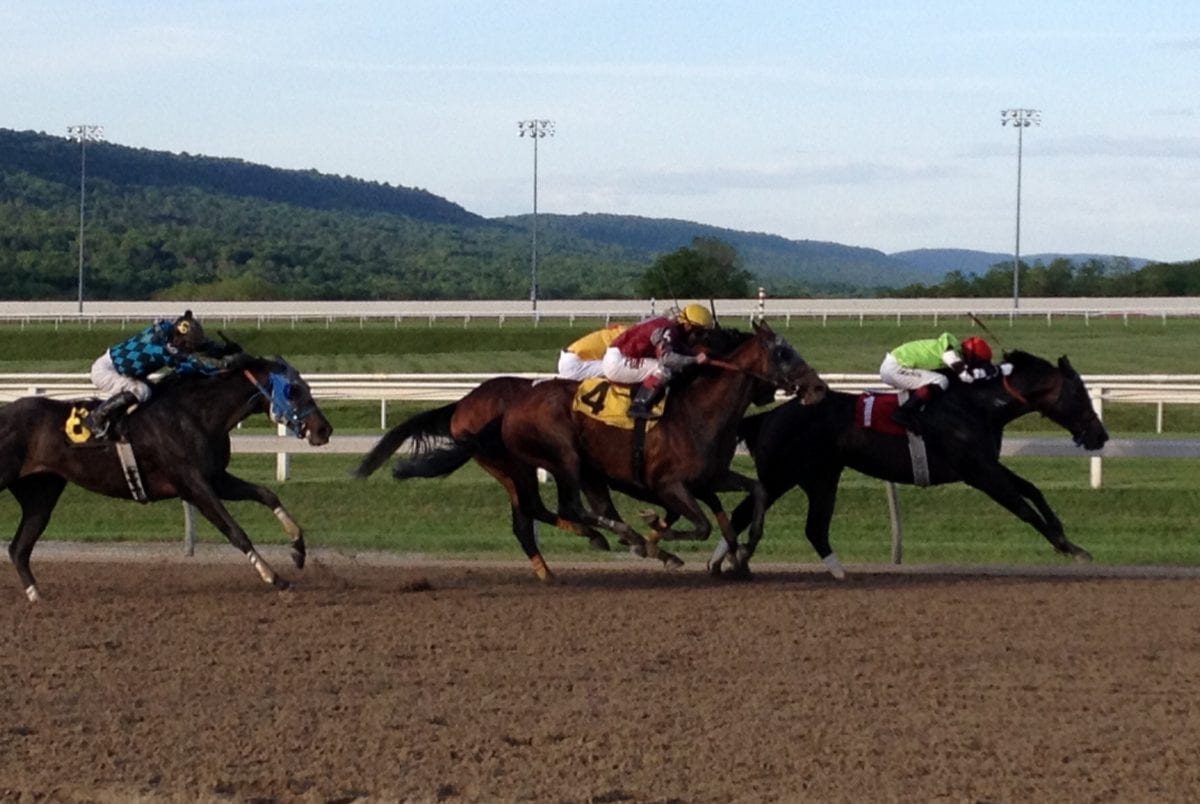 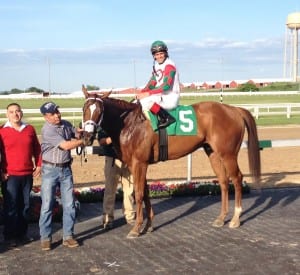 Winning his second Pennsylvania Governor’s Cup was no sweat for Tightend Touchdown and assistant trainer Henry Argueta, in red.

A year ago, assistant trainer Henry Argueta and his precious cargo — turf sprinter Tightend Touchdown — nearly didn’t make it to Penn National on time to receive Lasix to run in the Pennsylvania Governor’s Cup that evening.

Stuck in traffic, they made it, Argueta said, about five minutes before they would have had to scratch.

But when the gates opened, Tightend Touchdown shot to the front and never looked back, scoring a dazzling five-length score in near-course record time that presaged a big season, one he capped with a stellar second-place finish in the Breeders’ Cup Sprint.

Fast forward a year to today which, for Argueta and Tightend Touchdown turned out to be opposite day in all ways except the one that really mattered: when all was said and done, Argueta was once again holding the winner’s trophy.

How he got there was a different story, however.

For one thing, there was no scramble to reach the track on time.

“I think we left about seven o’clock this morning,” Argueta, a longtime assistant to Jason Servis, said with a laugh.  “I think we got in like 11:00 a.m.”

And then there was the race itself.

While in 2013, the five year-old gelded son of Pure Precision, out of the winning Marquetry mare Starry Mark, made every step a winning one, this time he found himself buried in fifth after a quarter-mile.

He bided his time along the rail, angled out for running room in the lane, and shot home to a 1 1/2 length win over Stormofthecentury, who got the place nod over front-running Bold Thunder.  It was something of a new dimension for a horse who’s done his best running on the lead.

“Well, we knew he was going to come running,” said Argueta.  “This horse is a nice horse.  He always tries, an honest horse.”

It was the 10th win of Tightend Touchdown’s career and pushed his earnings past $650,000.  It was his first win since last year’s Governor’s Cup.   And it was the second career stakes win for a horse that Servis and owner Mr Amore Stable claimed for $35,000 in January 2013. 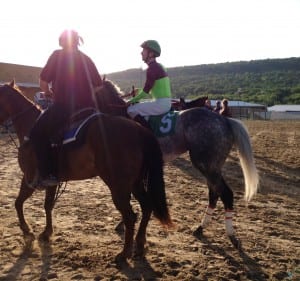 Taptowne heads into the sunset after being scratched from the Mountainview Handicap. Photo by The Racing Biz.

In the night’s first race, Graham Motion trainee Interrupted wore down longshot leader Je Suis Enchantee to win the first running of the Penn Oaks.  Interrupted, who returned $16.60 to win, was the only non-favorite to win in the four big races. Angel Serpa had the mount aboard Interrupted…

In the only dirt race of the four, the $200,000 Mountainview Handicap for older runners going 1 1/8 miles, favored Last Gunfighter nailed front-runner Valid on the wire to post a nose victory.  Next up for Last Gunfighter, trainer Chad Brown said, will be the Grade 2 Suburban Handicap at Belmont Park in July, a race in which he ran second a year ago…

Last Gunfighter, under Javier Castellano, brushed with longshot Arlo in the stretch, prompting an objection by that horse’s rider, Jorge Vargas, Jr.  The objection was not allowed…

Taptowne was a gate scratch from the Mountainview…