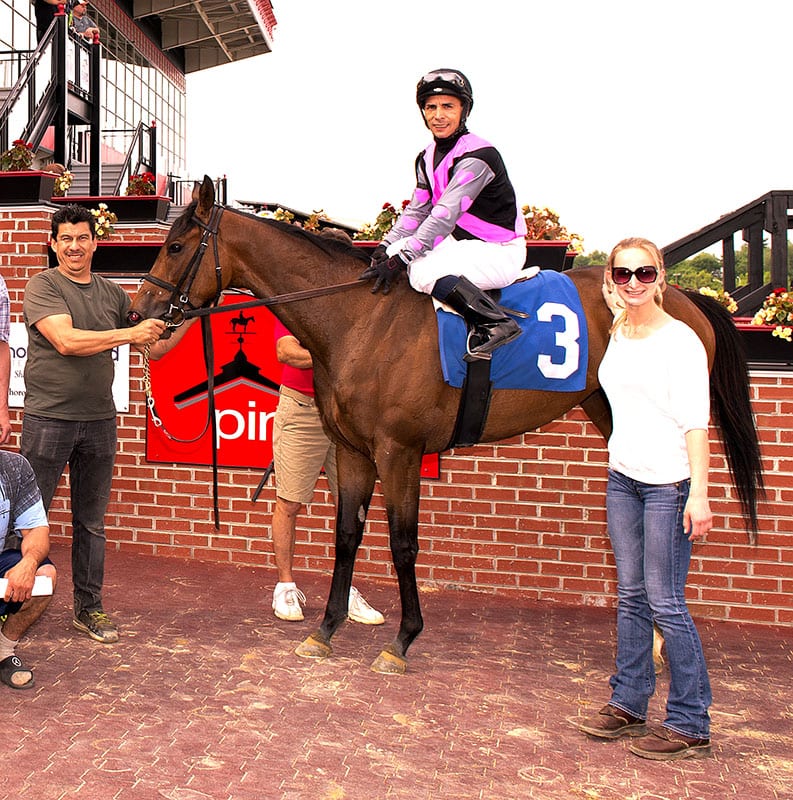 Lively Times, a Two Punch filly owned and trained by Dylan Smith, led from start to finish in today’s seventh race at Pimlico Race Course and rewarded her owner with her first victory as a licensed trainer.

Smith, 25, is a former assistant to trainer Dickie Small, who passed away in April. Lively Times was bred by and previously owned by Small.  Her horses have been in the money in seven of 15 starts this year.

“Dickie would be very happy,” Smith said. “He actually left her to me so I am really excited to win with her. It would have meant a lot to him.”

Lively Times covered the 5-furlong distance in 58.68 over the firm turf. She won by a neck over a hard-charging Sweet Soliloquy and paid $8.80.

“I didn’t want to get too excited when she first hit the wire because it was close,” added Smith. “There is a great deal of relief to get the first one. There is a lot of pressure for me to get the horses to run well. It is a big transition going from Dickie to me. I just want to show that I can do it.”