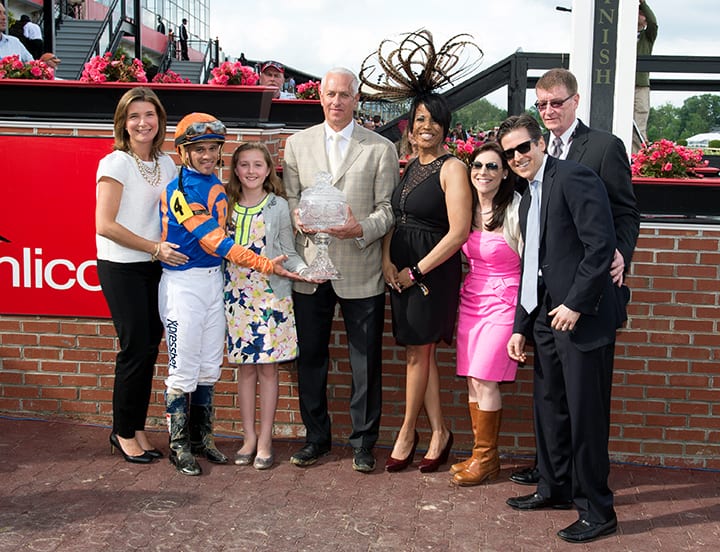 Trainers earned points based on finishes in 15 stakes races on the May 16-17 cards. Conditioners had to start at least five horses and received points for finishing first (10 points), second (7), third (5), fourth (3) and starting a horse (1 point) in each race.

Pletcher used victories by Stopchargingmaria in the $500,000 Black-Eyed Susan Stakes (G2) and Revolutionary in the $300,000 Pimlico Special (G3) to compile 27 points.

“It definitely caught my attention,” said Pletcher, who started seven runners in the 15 eligible stakes races.

Phil Schoenthal finished second with 22 points and received $25,000. The Laurel Park-based conditioner won the Miss Preakness with Miss Behaviour on the Black-Eyed Susan card and finished second and third in the Rollicking Stakes.