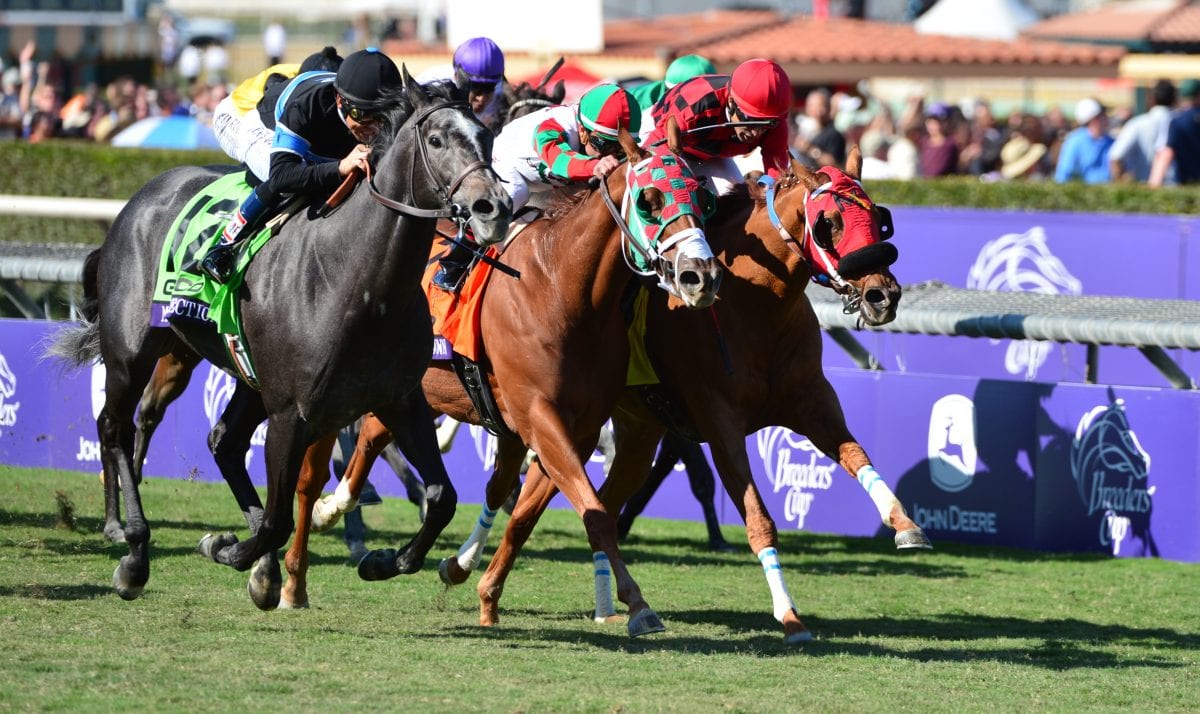 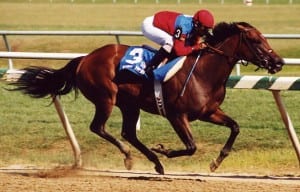 The Fasig-Tipton Sale of 2-Year-Olds in Training Monday and Tuesday begs a question: What do successful buyers look for when they decide to buy? Is there a key to success? Since the sale horses breeze an eighth or a quarter mile prior to the sale, is the final determinant simply how fast a horse breezes? Like a lot of things about horseracing, the answer is, “It depends.”

Arguably the best horse ever sold at Timonium was Xtra Heat, the champion 3-year-old filly of 2001 who won $2.7 million, 26 races – including 25 stakes races – in 34 starts, and was second in the Breeders’ Cup Sprint and third in the Golden Shaheen in Dubai.  She was a finalist for the Hall of Fame this year.

“I bought Xtra Heat out of the ring,” Salzman said. “I usually don’t watch them breeze. “If I’m interested in a horse, I go Sunday and look at the individual horses. If I see something I really like, I’ll go watch them on the video. Then I look at every horse that comes in the ring. I buy horses that I haven’t even looked at on Sunday.”

And that was the case with Xtra Heat. She had no phenomenal breeze time to attract buyers, though her record states clearly that she was an extremely effective sprinter when she went to the races.

“She had only breezed one time in her life, and that was an eighth of a mile in 11.2, I think,” Salzman said. “They were scared to death to breeze her. They thought she had something terribly wrong with her, and the people that bought her (as a yearling) told them to get rid of her at any price. They didn’t breeze her, they just swam her and sent her up here to a guy, and he breezed her once. They said she had OCD lesions in both hind stifles, but it never bothered here.”

[pullquote]A lot of horses can go fast for an eighth of a mile, but when it comes time to stretch out and be racehorses, they just can’t cut the mustard.  You’re looking for an athlete and someone that covers the ground. ” — Trainer Terri Pompay[/pullquote]

Perhaps his best purchase was the dual grade 1 winner, Showing up, now standing at stud at Heritage Stallions in Chesapeake City, Maryland.

“I bought Showing Up for $60,000,” he said. “I liked the horse a lot. I had time to scrutinize him two or three times before I made up my mind and compare him to other horses. He won $1.6 million.”

Based in New York, Tagg said that he makes a list of horses whose pedigrees he likes, and then he tries to see them breeze, even if it’s only by video. He has his prejudices.

“If a horse went out there and worked in 11, I wouldn’t buy him,” Tagg stated. “Now that might be silly. He might be the best horse in the world. I bought Showing Up. I think he worked a quarter in 22, but that’s two 11s, which is a little different.”

Some buyers like to not only see a horse they’re interested in breeze in person, they like to see it before and after it breezes and as often as they can leading into the sale.

“I think it’s important not only to see the horses breeze in person, but I also try to see the horses train for the couple of weeks that they’re here,” said Bill Reightler, who consigns horses to Timonium and buys others for clients. “You see a lot of things that you’re not going to see on the video, and I’ve always been surprised that more people aren’t doing that. Of course, it’s a big commitment. A lot of people are from out of town, and I’m based here.”

For Monmouth-based Terri Pompay, the time that a horse breezes isn’t so important as how it does it.

“A lot of horses can go fast for an eighth of a mile, but when it comes time to stretch out and be racehorses, they just can’t cut the mustard,” she stated. “You’re looking for an athlete and someone that covers the ground. When I watch the breeze show, I’m not so concerned about its time as how he looks, how he moves across the track and how he handles the situation.”

Yet there is a limit to everything, including how fast a horse has to breeze to pique Pompay’s interest.

“Obviously you don’t want one that is going around there in 12 or something, but they don’t have to be going around in nine-and-change or 10.1,” she said. “Plenty of nice horses go in 10.3 and go on to be good horses.”

So, is it time, conformation, pedigree … or something else that makes a buyer pull the trigger? For John Salzman, it’s simple.

[pullquote]“I buy them off conformation. There are some things I can live with and some I can’t.” — Trainer John Salzman, Sr.[/pullquote]

“I buy them off conformation,” he said. “There are some things I can live with and some I can’t.”

“You can buy a horse that is a little crooked or a little slow, but what you’re trying to do,” Pompay said, “either by watching the breeze show or hanging in the barns a little bit, talking to people, and seeing how the horse is cooling out, how they’re acting … you’re trying to take your best shot.”

Hanging over every sale of 2-year-olds is the memory of The Green Monkey, who sold for a record $16 million after breezing an eighth in 9.4 seconds. He never won a race.

“You know, everybody wants to see the precocious 2-year-old that going to get to the races at 2 so you can begin to get a return on your investment,” Reightler said, “and they may not be the best horse. Just because you’re breezing a quarter mile, there are others that may have a little more staying power, and they may be slower, but that doesn’t necessarily mean that they can’t become a good horse. They just may not have matured yet.”