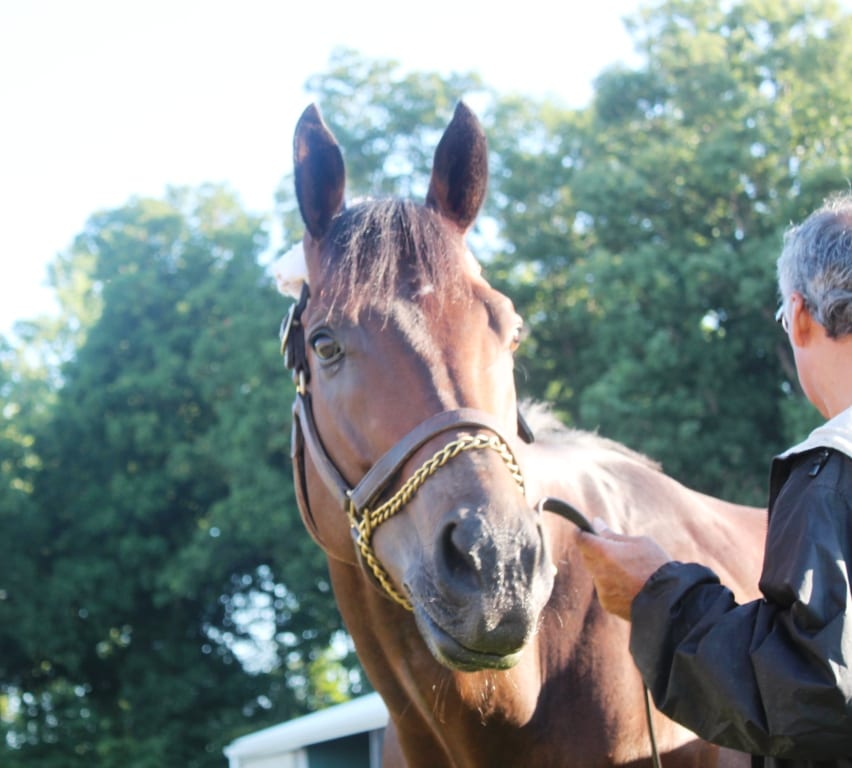 While much of the nation will focus their attention on the Grade I, $1.5 million Preakness Stakes this weekend, Maryland-bred older runner Action Andy will look to enhance his reputation and bankroll in the Grade III, $150,000 Maryland Sprint Handicap on the undercard.

A seven-year-old Gators N Bears gelding out of the Not For Love mare Love Me Twice bred by Carol Kaye-Garcia and trained by Carlos Garcia for owner Robert Gerczak, Action Andy’s connections are hoping the third time will be the charm for the Maryland Sprint. Two years ago, en route to being named champion Maryland-bred sprinter of 2012, Action Andy finished third in this race.  He later won the Maryland Million Sprint and the Frank J. DeFrancis Memorial Dash at Laurel Park and the Pelican Stakes at Tampa Bay Downs.

Last year during a limited campaign in which he finished second three times in five winless outings, Action Andy was a nondescript eighth in the Maryland Sprint Handicap on Preakness Day. That effort occurred during an eight-race drought which finally ended with a score in an allowance race at Gulfstream Park on March 14. Overall, he boasts a solid 40-12-12-6 slate and earnings over $665,000 — not bad for a homebred.

“I am really happy with the way that he’s training for this race,” Garcia said of Action Andy, who worked a sharp half-mile in 46 3/5 seconds over the Laurel strip on Wednesday in his final tuneup for the Maryland Sprint. “He’s doing super. I think those two races at Gulfstream Park helped him. He came out of them good. Now we’re looking to win the sprint stakes on Preakness day and it’s a tough race. But I think he’s got as good a chance as any of them.”

Action Andy boasts seven stakes victories to his credit and has twice finished third in three graded tries.  He’s listed as the 8-1 fifth choice on the morning line among the six runners entered for the Maryland Sprint. Happy My Way, a four-year-old Wilko gelding out of a Holy Bull mare trained by Joe Orseno, is the 6-5 morning line choice following two straight wins at Gulfstream Park, including the Sir Shackleton Stakes on the Florida Derby undercard. 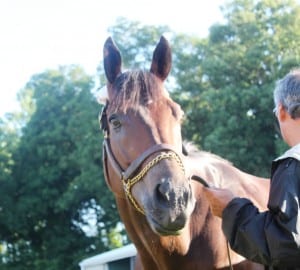 But three other entrants also head into the Maryland Sprint off at least one recent tally. Salutos Amigos has won three straight races in New York for trainer David Jacobson, but is still in quest of his first stakes tally. Lemon Drop Dream won the Grade III Count Fleet Stakes at Oaklawn Park last out for trainer Steve Asmussen, while Sneaking Uponyou prevailed in a minor sprint stakes at Tampa Bay Downs in his most recent outing.

“It’s a good group of horses that he’s in with,” Garcia said. “I’m glad that my horse drew the outside. I think that will give him a chance to settle and relax and he won’t get pinned down along the inside. He should have a clear path through the turn and all the way to the wire. As long as the track doesn’t come up too deep after the rain on Friday, I expect him to run a big race. That workout last week was really good.”

While Action Andy has enjoyed a superb career and even garnered a Maryland-bred title, he has often played a minor role among state-bred stars in recent years thanks to the efforts of Ben’s Cat, the King T. Leatherbury homebred gelding who has won 25 of 38 starts and earned over $1.9 million in his career.  Oddly, the talented runners, both sprinters, have met only once, in the 2011 edition of the Laurel Dash where Ben’s Cat prevailed and Action Andy finished third.

“It’s hard to believe you could have two Maryland-bred older horses born around the same time that are both really good,” Garcia said. “My horse has won stakes on turf and dirt and Ben’s Cat has won stakes on turf and dirt. I think he’s going to be running mainly on the turf this year and I will probably keep my horse on the dirt. They’re both getting older, but they’re both still really good.”

Although Garcia has not mapped out an entire campaign for Action Andy, one option no longer on the table is a trip to Colonial Downs.  Though he’s won two stakes in New Kent, VA, the track is unlikely to host a meet this year.

But Action Andy almost certainly appears headed for another winter in Florida. Action Andy won the Pelican Stakes at Tampa Bay Downs twice in 2012 — in January and, after the race was moved up on the calendar, again in December.  He also won the Super Stakes there in 2012 and has finished in the triple two other times.

“He likes to spend the winters down there,” Garcia said. “And I think a lot of horses and people like to be down in Florida for the winter. He came back really good. He likes his mints at the barn. He’s generally a very happy horse. If we can keep him happy, I know he’ll keep us happy. Anytime you see one that you bred turn out to be as good as him, it really makes you feel good. We know that if we’re good to him, he’s going to continue to be good to us.”