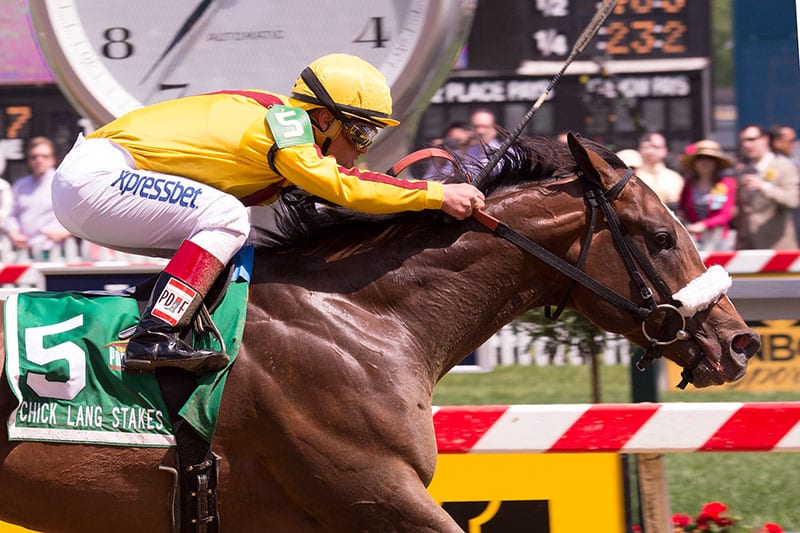 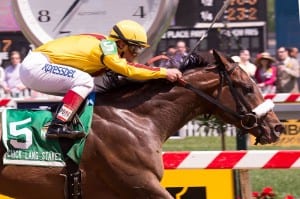 Stonestreet Stables and George Bolton’s Meadowood broke alertly, backed off the hot pace and then resurged in the stretch to win the $100,000 Chick Lang Stakes for 3-year olds Saturday at Pimlico.

Javier Castellano was aboard the Derek Ryan trainee, a son of Harlan’s Holiday who entered the Chick Lang undefeated after two starts.  Meadowood started his career in the  care of Todd Pletcher but joined the Ryan barn before his second victory.

“I had a beautiful trip,” said Castellano.  “I really liked the way he did it today. It was really professional how he did it.”

“It worked out perfect with him sitting second just off the lead,” added Ryan.