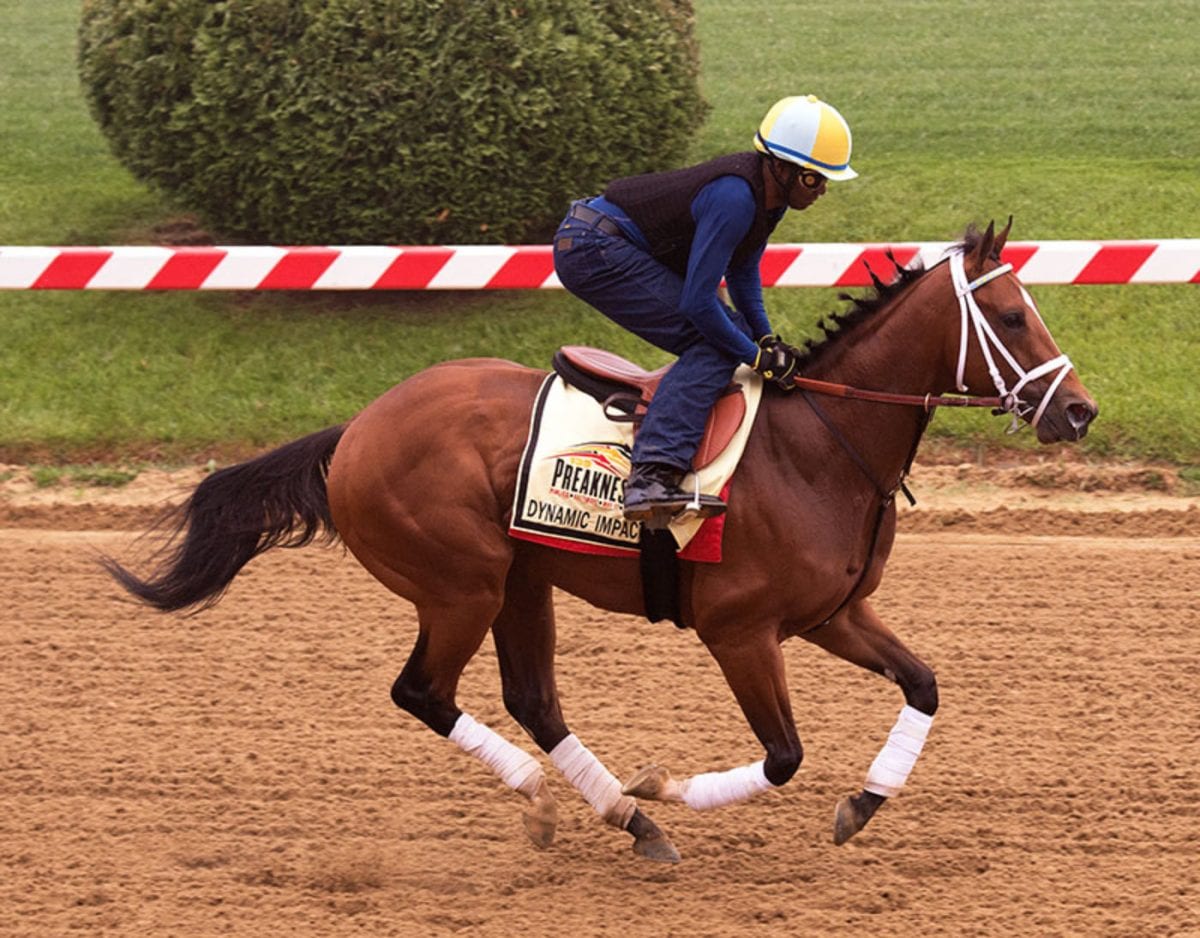 Who is Dynamic Impact?

Although his sire, Tiznow, was a two-time Breeders’ Cup Classic champion and two-time horse of the year, Dynamic Impact was about as far off the Derby Trail as any horse could be throughout the fall and winter primarily because he did not break his maiden until March 1 at Oaklawn Park in his fifth lifetime start. But the Mark Casse trainee wasted little time attaining his first stakes score when he captured the Grade III Illinois Derby at Hawthorne Park in his next outing.

What they’re saying about Dynamic Impact

“He’s a classy horse,” said jockey Miguel Mena, who will make his personal Preakness Stakes debut on Saturday. “Those kinds of horses dig in and don’t like to get beat. He’s a fighter, but he doesn’t like to be inside. At the half-mile pole [of the Illinois Derby] I was able to pull him out [from the rail] and he found another gear. He fought so hard until he got the job done.”


Why he could win

Like his sire, Tiznow, Dynamic Impact could simply be one of those late-developing three-year-olds who is peaking at the right time. He has won his last two starts and made the quick transition to stakes company when capturing the Illinois Derby over a fast, but deep Hawthorne strip, in his stakes debut. He may not like being on the inside, but starting from the rail on Saturday could be to his advantage during the first three-quarters of the Preakness.

Granted, Dynamic Impact may finally be coming into his own and was able to parlay his maiden score into a Grade III tally in his stakes debut, he certainly appears to be facing a stern challenge on Saturday against the likes of Derby hero California Chrome, Social Inclusion, who was the beaten favorite in the Grade I Wood Memorial in his stakes debut and Kid Cruz, who already boasts a stakes win over the track. 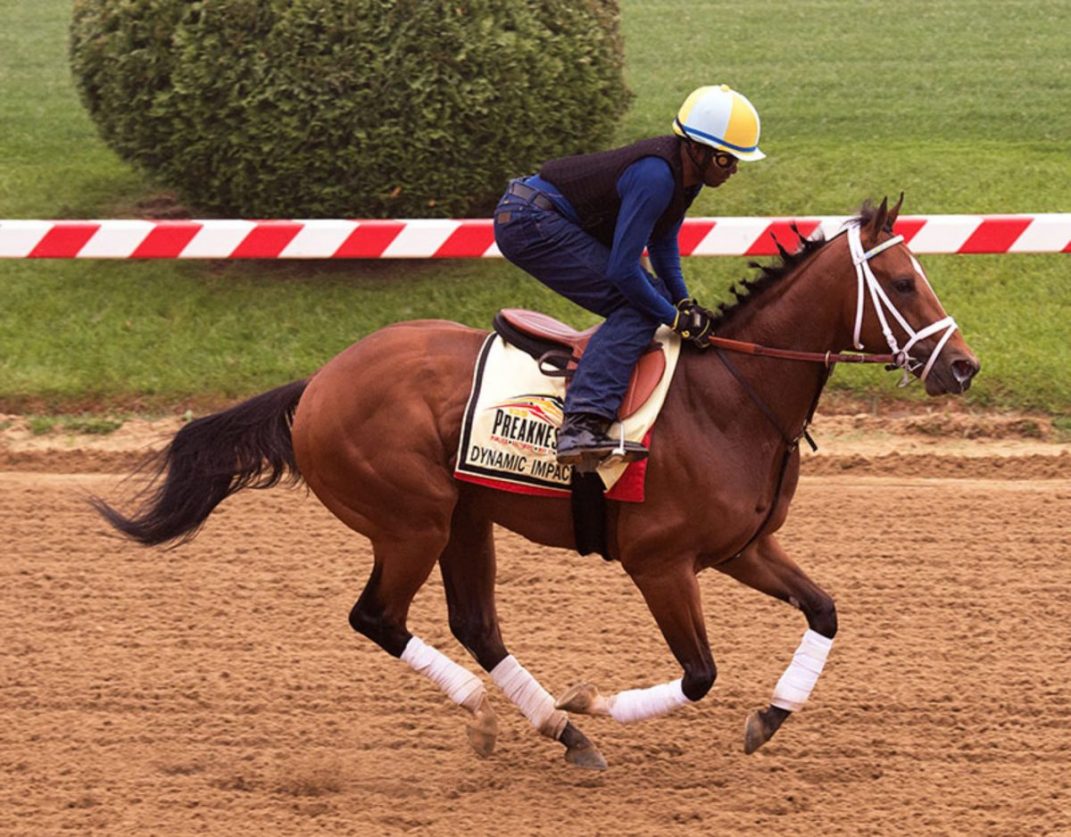