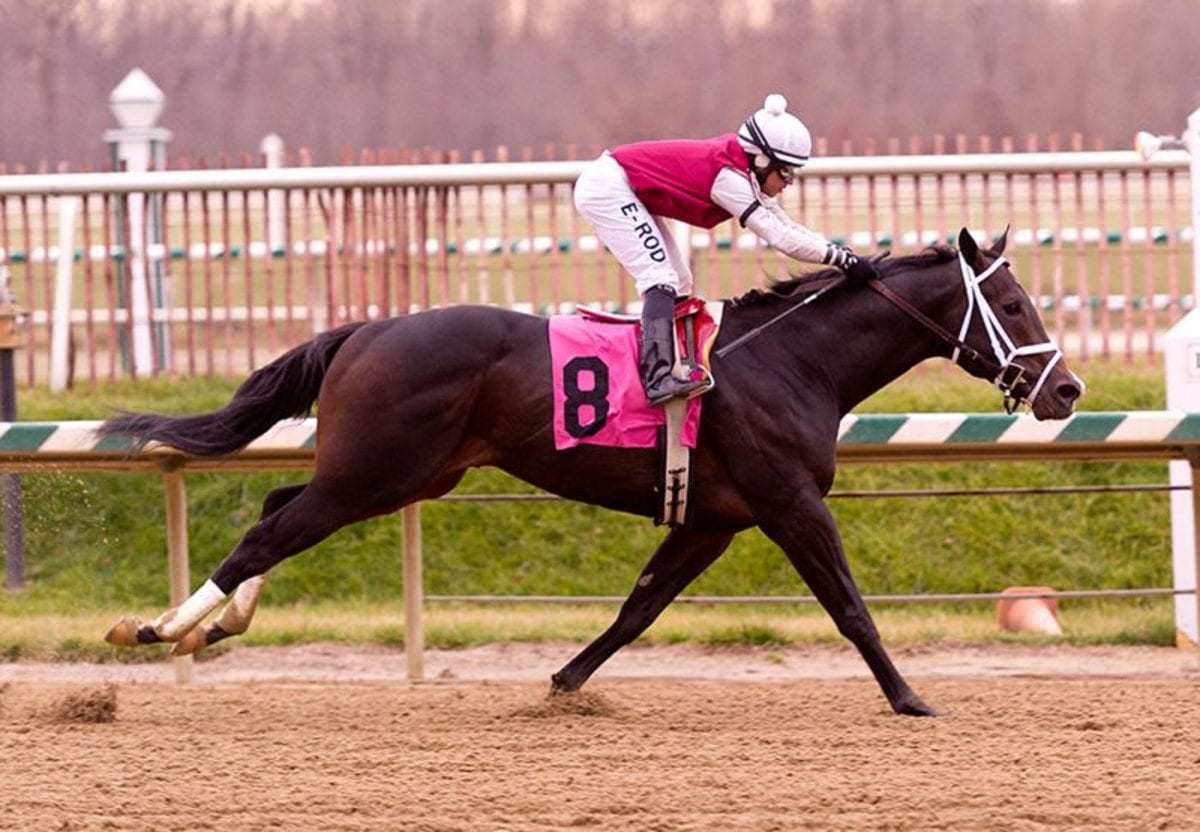 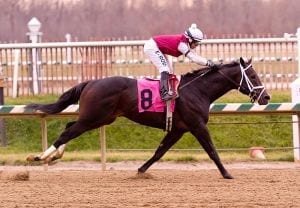 Last year, Marcus J. Vitali went to a mixed sale at Saratoga and had about a dozen horses in mind that the veteran trainer would have liked to purchase for Carolyn Vogel’s Crossed Sabres Farm.

They came away with just two purchases, but it’s quite a dynamic duo.  Vitali grabbed Valid for $115,000 and Lochte for $60,000. Both horses had been owned by Darley Stable and trained by Kiaran McLaughlin.

Lochte has since become a Grade 1 winner, taking the Gulfstream Park Turf Handicap in February.

Valid, who has won two straight, will aim for his first stakes victory when he ships to Pimlico to run in the historic, Grade 3, $300,000 Pimlico Special on Friday.  The event shares top billing with the Grade 2 Black-Eyed Susan Stakes.

“I have to give them a lot of credit, because they gelded Valid and then sent him to the sale,” Vitali said of the four year-old, whom he will ship from Monmouth Park to Pimlico.  “They knew they were good horses, and it was just time to move on. Valid is a great looking horse. The owner loved him.”

So Vitali has been prepping Valid at Monmouth to get him ready for the journey to Maryland.

“He looks very good,” Vitali said after the 4-year-old gelding’s last workout Monday. “We’re definitely fishing with the right bait. He ran pretty effortlessly. We didn’t ask him to do too much. We sat him down at the (5/8th) pole and let him do the rest on his own. He just galloped along on a good track.”

The clockers caught Valid zipping three furlongs in 34 2/5 seconds, fastest of 50 at the distance.

Vitali said that he keeps about 30 horses in the stables at Monmouth Park and is planning to bring four to Pimlico for Preakness weekend.

But the prize of his barn right now is Valid, who won a seven-furlong allowance race at Gulfstream Park April 4 after scoring in a 1 1/16 mile allowance test on January 11. Valid has three wins and two seconds under Vitali’s handling since becoming part of the Golden Sabres Farm last November.

Valid, with the inside rail position, was given morning line odds of 10-1 in the Special, with Todd Pletcher’s Revolutionary listed as the 5-2 favorite.

The Pimlico Special is one of eight stakes races on the Friday card that is highlighted by the 90th running of the Grade 2 $500,000 Black Eyed Susan Stakes.

“He’s won one race by 18 lengths (actually 23, last November, also at Gulfstream),” Vitali said of Valid. “He’s really doing well. He’s a nice horse. In fairness, everyone involved did a great job with the horse. It was Mrs. Vogel’s idea to buy him, but I had some input.”

A good thing, too, since Vitali’s recommendation of both Valid and Lochte has paid dividends for Golden Sabres as well.

“We took a little gamble on both and it’s all balanced out,” Vitali said. “It’s worked out well for everyone.”

Vitali is hopeful that Valid is still racing for years to come.

“I would like to hope so, but he has to make it through Friday,” Vitali said. “Horse racing is such a sport where anything can happen. He could be gangbusters today, but come Friday, you never know. As of right now, everything is a go. He’s looking good.”

Vitali said that he really likes Valid’s chances of doing well down the road.

“I love the horse,” Vitali said. “He’s big and strong. He’s a good working talent. He’s well bred. There’s not much to not like about him. Everyone loves him, from the hot walkers to the owners. Let’s just hope we can keep the flower blooming. I’m looking forward to a very eventful weekend at Pimlico. Since we have other horses going, it should be a lot of fun. We’ll have a good time and if the horses come home safe, then it’s all good.”