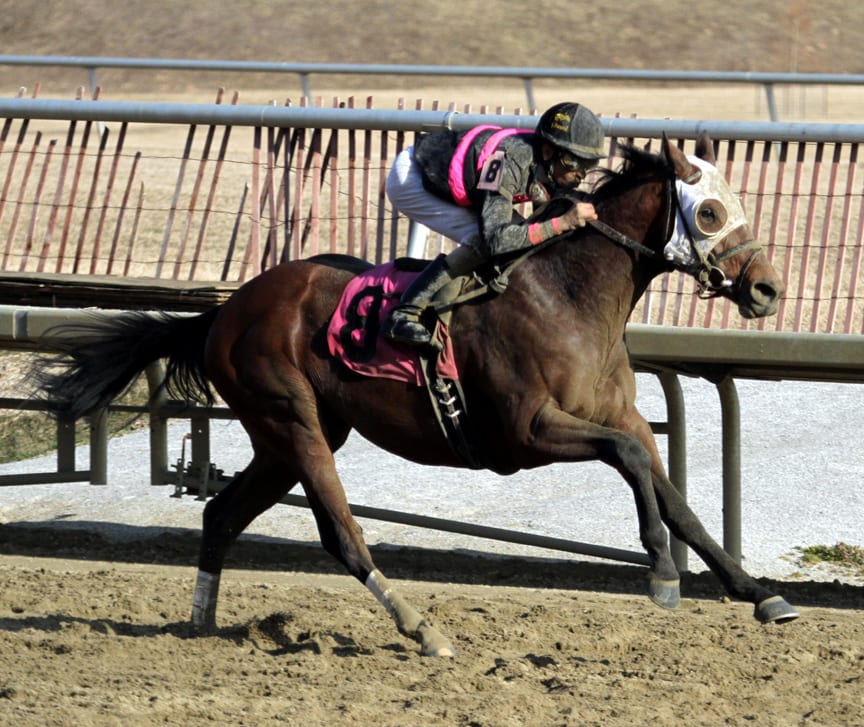 The recent trend of Preakness candidates shipping to Pimlico shortly after the Kentucky Derby will continue this year with Rontos Racing Stable Corp.’s Social Inclusion arriving on Thursday.  The show horse in the Grade 1 Wood Memorial — just his third career start — he most recently worked four furlongs in 48 seconds flat at Gulfstream Park on April 28.

In 2012, trainer Doug O’Neill sent I’ll Have Another to Baltimore less than 48 hours after his Derby victory. O’Neill followed suit with Goldencents last year.

Meanwhile, Dynamic Impact galloped before the morning renovation break at Churchill Downs with exercise rider Marco Cano up for trainer Mark Casse. Winner of the Illinois Derby (G3) in his most recent start, Dynamic Impact worked five furlongs in 1:00.20 on Saturday morning at Churchill Downs. Casse said that jockey Miguel Mena will retain the mount for the Preakness.

Trained by Bob Baffert and ridden by Rosie Napravnik, Bayern started two lengths behind and outside of Awesome Baby, who was ridden by Joe Rocco Jr.  Bayern drew to within a length on the turn and finished three lengths in front while posting the fastest move of 19 at the distance for the morning. Fractions were :23 and :34.40 and a six-furlong gallop out was timed in 1:13.40.

Bayern finished first in the Derby Trial (G3) on April 26 at Churchill Downs but was disqualified and placed second behind Embellishing Bob for interference in the stretch. Napravnik received a three-day suspension that she is serving this week.

West Point also is part of the ownership of Ring Weekend, a Preakness possible trained by Graham Motion.

“I don’t know about any other horses; I’m just training my horse,” Stewart said. “My horse came out of the race good. But it’s tough coming back in two weeks and there are a lot of other races out there.”

Joel Rosario, who finished 11th in the Kentucky Derby aboard General a Rod, will have the Preakness mount aboard Daniel Dougherty’s Ride On Curlin.

Trainer Billy Gowan was not happy with the ride Hall of Fame jockey Calvin Borel gave the colt during his seventh-place finish in the Kentucky Derby. Ride On Curlin broke from the No. 19 post and dropped back to last as Borel took the colt straight to the rail.

“I told him before the race that he had three-eighths of a mile to work his way over,” Gowan said.

Gowan said Ride On Curlin is doing well and would return to the track Wednesday.

“He was not tired at all after the Derby. He only ran three-eighths of a mile,” Gowan said. “He was more tired after his seven-eighths work last Sunday.”

“I walked back with him after the Arkansas Derby (G1) and he was tired,” Dougherty said of the runner-up effort. “He wasn’t tired Saturday.”

Even though his Derby dream was dashed, Dougherty was able to find one positive going forward with Ride On Curlin.

“It is only two weeks (to the Preakness) and you don’t want to leave it all out there on the track,” Dougherty said.

Also headed to the Preakness is speedy Pablo Del Monte, the third-place finisher in the Blue Grass Stakes (G1).

Ward decided to scratch out the Derby rather than have Pablo Del Monte start from the outside in a 20-horse field.  After the Giant’s Causeway colt worked six furlongs in 1:10.80 Sunday, Ward said he could have been a contender in the Derby.

“The way race played out with soft fractions for a Derby and a slow final time, I really think I would have had a great chance to be at least second,” Ward said. “I was speaking to my good friend Paul Shanahan and I told him just that. He said, ‘Listen Wesley, nobody remembers who was second. If you really feel that way and the horse worked as good as he did, maybe we can win the Preakness and that will be forever.’”

Linda Rice-trained Kid Cruz, the winner of the Private Terms Stakes at Laurel Park and the Federico Tesio Stakes at Pimlico in his last two starts, is scheduled to compete in the Preakness. The 3-year-old son of Lemon Drop Kid was claimed from the Black Swan Stable by Vina Del Mar Thoroughbreds for $50,000 at Aqueduct in November. Black Swan later bought back into the Kentucky-bred colt.

“He’s not going,” said Lukas, who won his sixth Preakness last May with Oxbow. “I am going to wait until Saratoga.”