If Rick Porter’s mad as hell, why should we care? 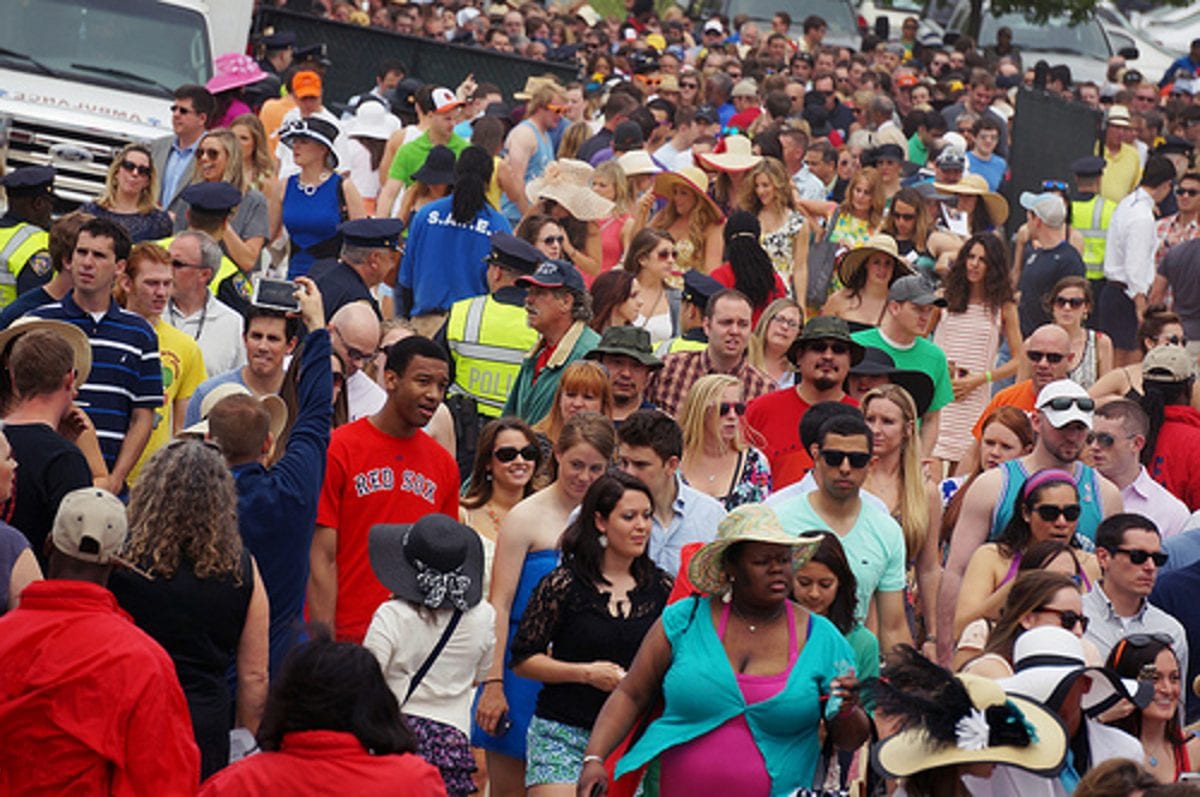 Of all the myriad problems facing horse racing — drugs and drug cheats, horses breaking down, handle falling through the floor, declining foal crops, high takeout, decrepit facilities, an aging fan base, on and on and on — here’s one that probably hasn’t caused you much loss of sleep: the inability of rich guys to get free tickets to Kentucky Oaks day at Churchill Downs.

So, why is Twitter all a-twitter over that very issue?

Fox Hill Farm’s Rick Porter, owner of Derby runners-up Eight Belles and Hard Spun, among others, had this recent experience with Churchill Downs, where his Normandy Invasion is expected to run in Friday’s Grade 2 Alysheba Stakes:

“[Churchill Downs] told [Porter’s assistant] Victoria that I was entitled to no seats as an owner of a horse in a $300k G2 race on Friday. I was also informed that I did not even get a ticket to get in the track. We were offered several seats for $200 but the lady that knew Victoria said that we would not be happy with the seats.”

To which Porter, a native of Wilmington, DE, essentially says, in an angry (and all in boldface) blog post: “I’m mad as hell, and I’m not going to take it anymore.”

I don’t blame Porter for being upset; I would be, too.  Taking care of owners with stake horses is, as Dr. Evil said, “pretty standard stuff,” even moreso when they’re running in graded events.

The question is, why should the rest of us care?

It is, after all, Porter’s problem and not mine (or yours).  It’s not as if he’s shut out; if he really wants to go, StubHub would be only too happy to help him.

This is, at base, the most garden- of garden-variety issues: a customer not receiving the sort of treatment to which he believes he’s entitled.

In most businesses, this would amount to a private concern, a “nothing to see here” moment.

And yet racing people, at least those on Twitter, seem to care very much indeed, which circles back to the original question: Why?

Part of it has to do with the story’s villain, Churchill Downs, Inc..

CDI almost seems to cultivate a reputation as not caring a whit for horsemen or customers.  The condition of the Fair Grounds, the Churchill-owned track in New Orleans, has become so dire that the Louisiana legislature is considering requiring the company to invest more in the physical plant, and the state Racing Commission  has delayed renewal of the company’s license to race at the track.

On the heels of that good news, CDI decided to raise the takeout on wagers at Churchill Downs, just in time for the Kentucky Derby.  The Twitterverse has since been abuzz with talk of a wagering boycott, though how that will affect handle, if at all, remains to be seen.

The story sticks, in other words, because it makes sense to us.  A story in which Churchill Downs is the bad guy?  Of course, we say, of course they’re the bad guys.

Some of it, too, has to do with who racing fans and bettors are: naturally skeptical and alert to perfidy.  The old gambling advice — if you don’t know who the sucker at the table is, it’s you — is encoded in the DNA of horseplayers who are ever on guard against being played.

Finally, there’s this: Porter is an owner with some juice — which is to say, money and good horses — who’s pointing out that (in this regard, at any rate) the emperor is looking a little bit threadbare.  Plus, he’s doing it in real time, with passion and energy.

He tried and failed to get tickets Monday morning, and by Monday evening had blown his stack.

He wrote (caps and boldface his), “THERE WILL COME A DAY WHEN A LARGE GROUP OF OWNERS WILL TAKE ON THE CHALLENGE OF FIXING THE SPORT OF RACING… I WILL BE PART OF IT AND IT IS GOING TO HAPPEN.“

Contrast this with, for example, the Jockey Club’s lame and late-arriving response to the March PETA video condemning racing as, essentially, a den of thieves and horse killers.  In two statements spurred by the video — one statement issued a week and a half later, the second two weeks after that — Jockey Club chairman Ogden Mills Phipps assured us that the organization is “working diligently on many fronts,” including “providing input” on legislation, “reaching out” to racetracks, and “routinely reporting” on equine injury data.  Yawn.

Honestly, I couldn’t care less whether Rick Porter gets tickets from a friend, drops $1,105 per (StubHub price this morning) for good clubhouse seats, or stays home.  His presence or absence will have no impact on Oaks day for virtually anyone.

But small events can be the catalyst for big changes, and if there’s one thing we know, it’s that racing needs to change.  The handle figures and mostly empty grandstands tell us that.

And so perhaps that’s why the sudden swelling of concern for Rick Porter’s ticket-gate.  He’s mad as hell, and he’s not going to take it anymore — and a lot of people around racing are feeling the same way.