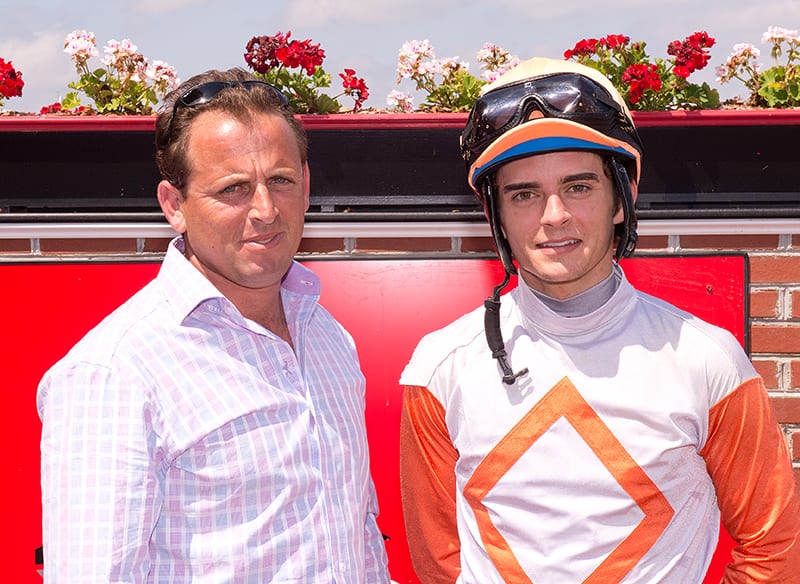 With the May 17 start of the 77th season of live racing at Delaware Park quickly approaching, horses have begun to arrive at the track.  One of the very first outfits to arrive has been one of the most powerful for the past decade at Delaware Park, that of Juan Vazquez.

After being leading trainer at Delaware Park in 2010 and 2011, the 39-year-old native of Buenos Aires, Argentina, has finished second in the standings the past two seasons to national powerhouse Jamie Ness and Midwest Thoroughbreds.

Vazquez would like to take the Delaware Park leading title back in 2014, but his primary goal is to win races and whether or not he wins more than Ness is important, but not the ultimate goal.

“We will have about 55 horses at Delaware Park,” said trainer Juan Vazquez.  “We have had a tremendous amount of success at Delaware through the years, so it is only natural for us to want to keep coming back.  That is one of the reasons we like coming to Delaware, but another is because it is home.  I have said it before and I will say it again, ‘this my house’ and that is the biggest reason I want to do well and enjoy being here. We have been lucky in that we are always near the top of the standings every season and that has been because of our owners.  They are the key to the success of the operation.”

Last year, Vasquez finished second in the standings with a record of 36 winners from 133 starters.