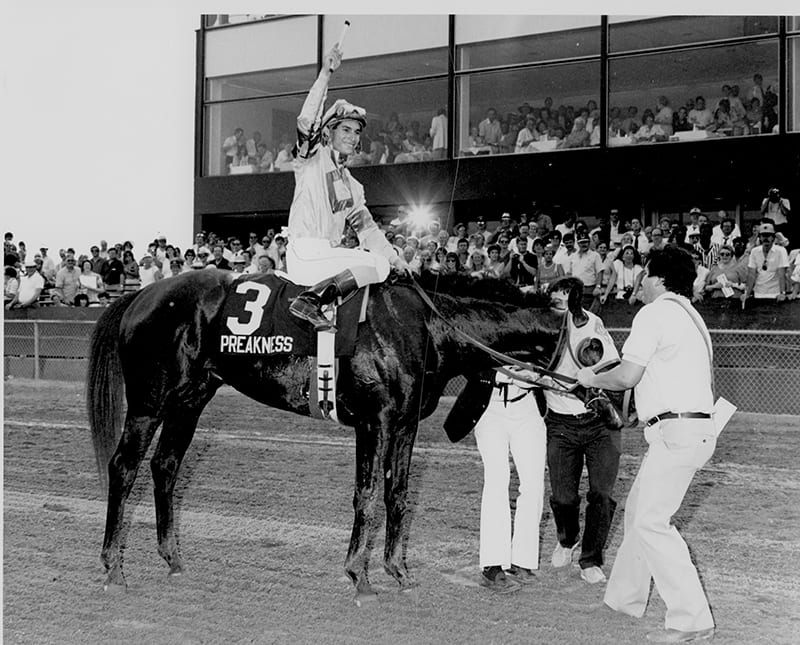 Alex Solis, who guided Snow Chief to victory in the 1986 Preakness Stakes (G1) was elected into The National Museum of Racing Hall of Fame earlier this afternoon. The 50-year-old was also added to the lineup for the Hall of Fame Jockey Challenge on Black-Eyed Susan Day at Pimlico Race Course.

The $50,000 Jockey’s Challenge, presented by Xpressbet, will feature the eight active Hall of Fame riders who have combined to win 49,797 races in North America with earnings of more than $1.8 billion through April 24.

The jockey with the most points at the end of the competition will be crowned champion. Riding assignments are determined by a drawing Sunday, May 11, and jockeys receive points for finishing first (12 points), second (6), third (4) and fourth (3) in each race.

The others in the 2014 Hall of Fame class will be 2007 Preakness winner Curlin, Ashado and trainer Gary Jones. Laurel Park-based sprinting sensation Xtra Heat was a finalist.