Winning Image continues her winning ways in the Primonetta 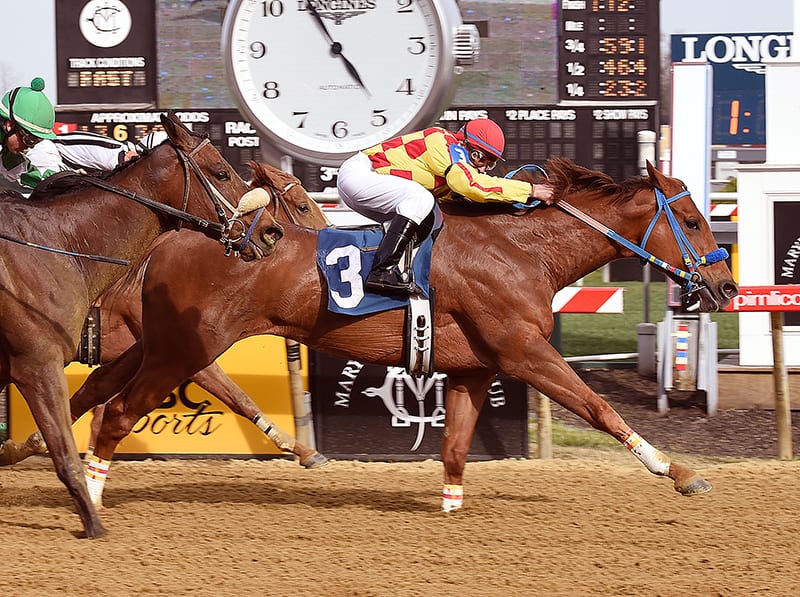 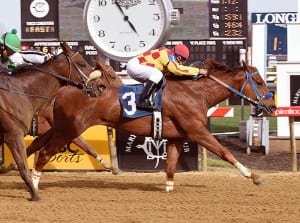 Out quick under Tony Black, Martin Scafidi’s Winning Image maintained the lead from the gate to finish line and won the $100,000 Primonetta Stakes, the second of four stakes races at Pimlico Race Course this afternoon.

The Michael Aro trainee, a daughter of Southern Image, was winning her second straight stakes in Maryland after capturing the What A Summer Stakes at Laurel Park in January, her most recent start.

“I watched some earlier races and it didn’t look like the rail was going to be good spot to be in,” said Black, who ranks 23rd on the all-time North America win list with 5,206 career victories. “She broke so well I just committed her to the lead while remaining three or four off the rail. The eight (She’s Ordained) was pressing us pretty good but my filly is the kind that doesn’t get aggressive and try running out with you. She was very comfortable. I turned for home, I stayed right where I wanted to be off the rail. If I gave them a passing lane they would have to come down the rail where it is a little deeper. Once she kicked clear I felt very confident. She’s a very talented horse. A fun ride for a 62-year-old.”

Winning Image completed the 6-furlong distance in 1:12.16 and won by three-quarters of a length, while paying $9.40. Do Somethin rallied to take second beating Red’s Round Table, who loomed a threat, by a head. She’s Ordained finished fourth.

“She’s named right, right? Aro said. “I was a little concerned about the layoff but she ran great again. I was hoping she would because we’ve had to go through two quarantines and with all that bad weather she still did a great job today. When Tony Black says this is one of the best horses he has ridden since the 80’s, that’s really telling you something. He just keeps going.”

The win was the ninth stakes victory for the 7-year-old, which included a run of four straight stakes from December 2012 to July 2013, and improved her career earnings to $650,137.