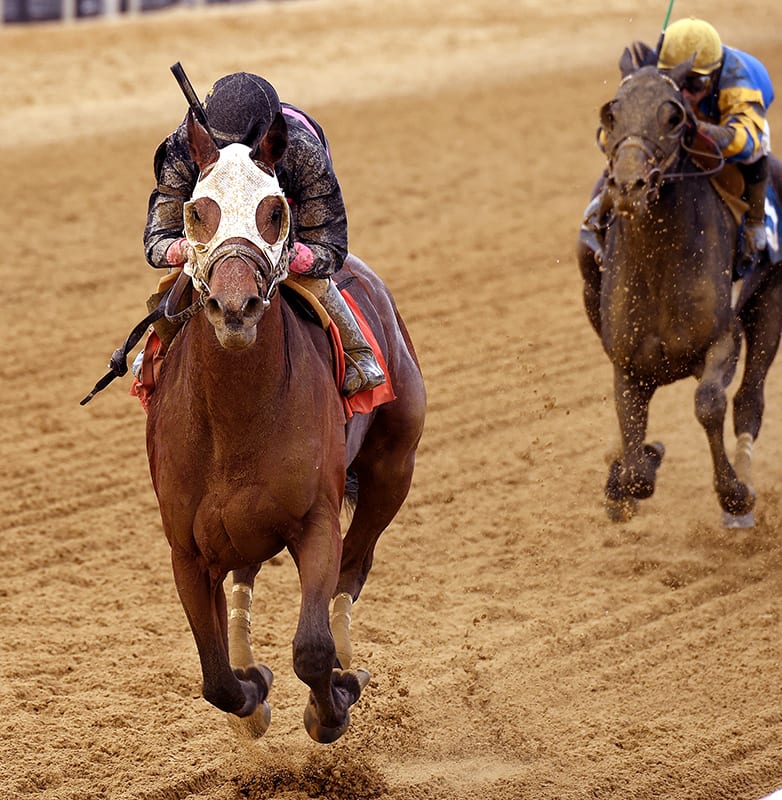 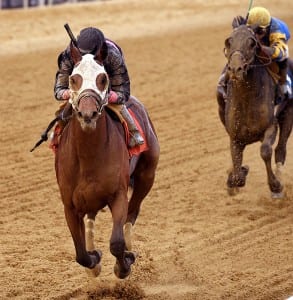 Julian Pimentel rated him off the pace into the far turn, then signaled go and Kid Cruz charged by his rivals and posted an easy victory in $100,000 Federico Tesio Stakes to cap off four stakes this afternoon at Pimlico Race Course.

Kid Cruz is owned by Vina Del Mar Thoroughbreds LLC & Black Swan Stable and trained by Linda Rice. The colt, who is based at Belmont Park, won the Private Terms Stakes at Laurel Park in his previous start when he rallied from nearly 20 lengths back to win going away.

“We were able to sit much closer today,” said Pimentel. “He was running very easy and very comfortable. He asked me to run a little early on the backstretch, so I had to hold him a little bit. He got up really well, really strong. I think I could have won by more but I just bided my time. Once I asked him he was ready.”

Kid Cruz completed the mile and one sixteenth distance in 1:47.38 and paid $4.40. Matuszak finished second, 3-1/2 lengths behind the winner. Laurel Park-based Joint Custody took third. Kid Cruz entered Rice’s barn via the claim box for $50,000 last November and is now 2-of-3 for his new connections.

“I was a little worried that they were going to take this race from wire-to-wire but there was enough pressure to weaken the leader late,”  said assistant trainer Marsha Barrs. “This horse really ran a terrific race even though we had to miss a work. We got knocked off the Derby trail after the Private Terms but after some time off he’s back to his old self and our long range options include the Preakness, pending how he comes out of this race today.”

The $1.5 million Preakness Stakes (G1), the middle jewel of racing’s Triple Crown, will be run at Pimlico four weeks from today.