Unsung racing: An usher’s day at the races 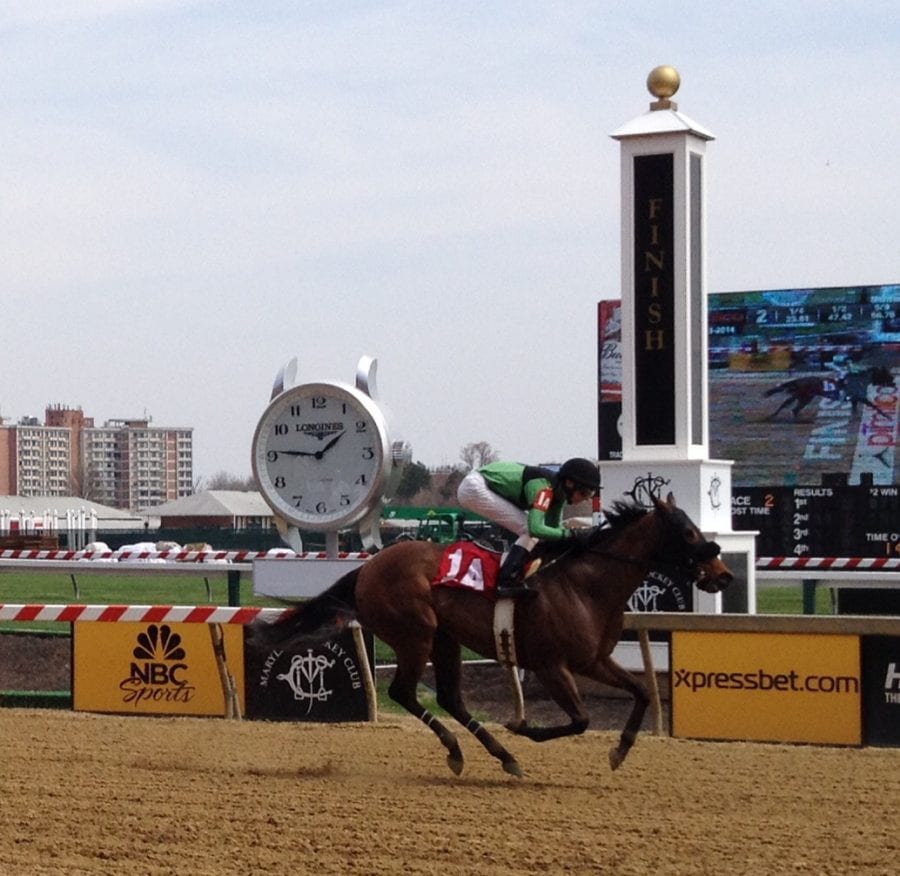 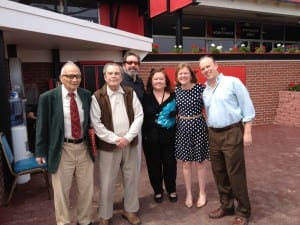 That honor fell instead to Fred Tallarico.

Tallarico, 89, worked as an usher at the Maryland tracks for decades, serving for many years as head usher.  By his own reckoning, the 2012 Preakness — the last he worked — was his 59th.

And with Sunday’s second race, “Fred’s Day at the Races,” the Maryland Jockey Club helped to fete a man who had a box-seat view of more than a half-century’s worth of Maryland racing history.

Tallarico did, but that was an easy one; the elder McCarthy retired in 2002.

His memories go back a lot farther than that, of course.  He’s a man who worked three Preaknesses that served as springboards to the Triple Crown (and 56 more that did not).

He’s seen racing’s princes and paupers, its bluebloods and nouveau riches and its never-gonna-be-rich.  He escorted Penny Chenery to Secretariat’s winner’s circle after the ’73 Preakness and gave Bill Hartack a leg up on a horse Tallarico trained — a side job — in ’65.  By then, Hartack had been in the Hall of Fame for six years. 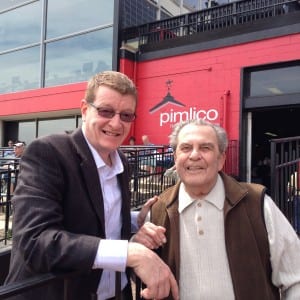 Years later, in 2006, he joined my father and me in the winner’s circle after Fine Shine, a horse we owned, as That’s Amore Stable, won at Laurel.  It was the first time a horse carrying our colors had won in Maryland.  Sunday’s event was the brainchild of my wife Erin.

It’s been a racetrack life for Tallarico, and he attended Sunday’s festivities with son Michael and daughter-in-law Dianne.  Marino, who still works at Pimlico, primarily manning the entrance to the Sports Palace, took his break to participate.  The two men worked side-by-side — literally, serving as ushers to adjacent portals to the Pimlico owners’ boxes — for years.  “He was my dependable usher,” Tallarico said of his friend.

Down in the winner’s circle, Tallarico and his group lingered.  Tom Chuckas, president of the Maryland Jockey Club, came by to say hello.  Director of Horsemen’s Relations Phoebe Hayes, who had put the event together, came over for a hug.  Track photographer Jim McCue snapped a picture, shared a laugh.

“I’ve never been so surprised,” Tallarico said.  He had not been told that there would be a race in his honor.

Marino teased that he had an extra green blazer if Tallarico wanted to resume working.

Later, at his table, a steady stream of well-wishers stopped by for a hand-shake, a greeting, a quick catch-up.

The weather was perfect.  The smiles and laughs were plentiful.  The racetrack was still, after all, the racetrack.

“It makes me want to come back,” Tallarico said.