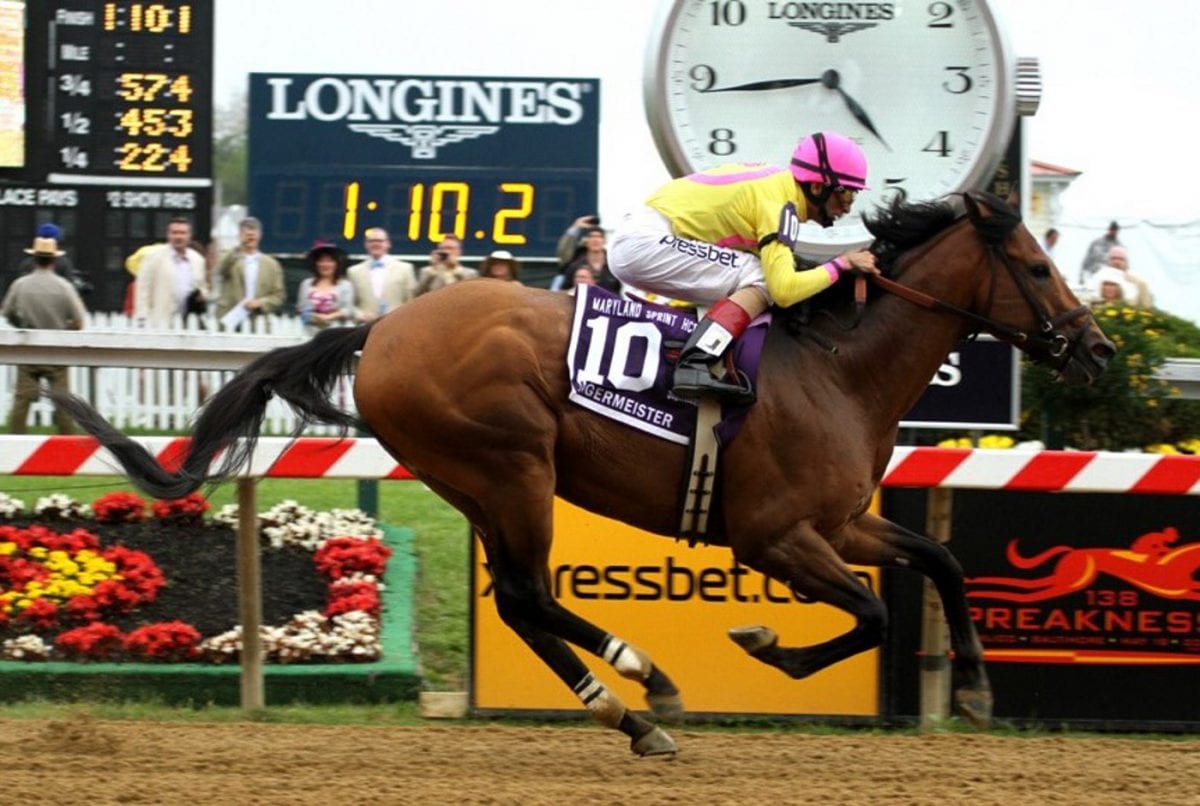 The Maryland Racing Commission signaled today that it will likely expand the state’s void-claim rule, probably in time for the Laurel fall meet.

It did not, however, take action on the expanded rule, deciding instead to wait for the state horsemen’s group, the Maryland Thoroughbred Horsemen’s Association (MTHA), to vote on it in a meeting on Thursday.

Under the revised rule, a successful claimant would be able, at his or her discretion, to void the claim of any horse that the state veterinarian determines must be vanned off following a race.  The claimant would have a period of one hour after the race is declared official to make that decision.

The revision would expand the current rule, which voids claims of horses that die during races or die or are euthanized on the track following a race.

Alan Foreman, MTHA general counsel, described the change as “a very limited accommodation.”  He pointed to a recent situation in which a claimed horse was vanned off the track following a race but then had to be euthanized once it got back to the barn area.

The Maryland Jockey Club had previously been cool to an expanded rule, preferring, MJC president Tom Chuckas said in August, a rule that was “pretty much black and white.”  At that time, however, he added that the MJC would be willing to look at revisions over time; and at today’s meeting, he told the Commission, “We’re in agreement” with the expanded language.

That doesn’t mean that there’s not work to do.

Commissioner Louis Ulman raised what he called “several contingencies.  Can it [voiding a claim] be done by phone?” he asked.  “Does it have to be in person?”

Moreover, he pointed out, the rule itself, or implementing policy, would need to address who exactly is empowered to void a claim: the owner, the owner’s authorized agent, or the trainer.

Still, those appear to be meaningful, but hardly insurmountable hurdles.  MTHA officials immediately agreed to work on crafting such policies, assuming that its board of directors approves the revised rule.

That seems likely, Foreman said, since the board had in July approved an essentially similar rule.

If the MTHA board does vote in favor of the rule, Commission officials said, then the Commission will likely follow suit at its next meeting, in May.  The new rule would then come into effect for the fall meet at Laurel — a timetable that would not have changed even if the Commission had adopted the rule today.

The Commission believes that the expanded rule is another step to make the game safer for horses and riders.

“This is not an economics thing,” emphasized Commission chairman Bruce Quade.  “It’s a safety thing.”

In other Commission news, the only racing-related legislation to pass this legislative term extended the state’s Horse Racing Act for another period of 10 years.  As part of the “sunset review” which led to the extension, the Department of Legislative Services recommended that the Legislature consider making the Racing Commission “self-funding,” meaning that the money to run the Commission would have to come from the regulated industry itself, rather than the state’s general fund.  That change would require legislative action, and it’s uncertain when, or even whether, that will happen…

The Commission voted today to “eliminate the middle man,” as Quade put it, in administering the state’s Jockey Injury Compensation Fund, the workers’ compensation program for jockeys.  The workers’ comp policy is insured by the former Injured Worker Insurance Fund (IWIF), now Chesapeake Employers Insurance Company, for the Commission.  The Commission is currently developing materials necessary to put the policy out for bid, while maintaining its policy with Chesapeake in the interim.  Hoffberger Insurance had served as the agent of record for the Commission on the policy, and today’s action removes the agent of record.  Commission executive director Mike Hopkins will now serve as the Commission’s point of contact on the policy.