“I still have a turf course to maintain,” states Thomas, the creator of a novel concept.

Thomas likes to torch Colonial’s largest asset, its legendary turf course, every spring, reducing it to charred stubble. What returns in May is a healthy racing surface ready to handle whatever the trips of thousands of racing Thoroughbreds can give it.

After years of failed persuasion, Thomas finally gained track management’s blessing several years ago to hold the annual roast that is, believe it or not, is a cost saving measure on Colonial’s grass-cutting budget.

“All the nutrients are in the leaf that I’ve feed over the last year. Rather than cut if off and blow it, this drives the nutrients back into the ground,” says Thomas.

Jim Vedas of Clearwater Forestry Services of nearby West Point, Virginia lit the gas canister and Andy Donahue held it to the ground and strolled across the top of the chute of Colonial’s Secretariat Turf Course. With the course edges well-watered with 8,000 gallon of grey water along the rails, the inferno crawled out of the chute and down Colonial homestretch toward the finish line.

Another unconventional measure usually undertaken by Thomas post blaze won’t occur this spring: the application of millions of tiny beads of crumb rubber.

“You can go too far with rubber. I’ve applied 10 tons a year for the last five years. This is a good year to take off,” explained the innovative turf doctor.

While large rubber once buried — say, a tire — usually floats back up through the ground, the crumb rubber buried in the turf profile can’t escape the Bermuda grass root web of Colonial’s turf course.  Its dark color attracts and preserves the sun’s warmth during the spring, and the mild application provides a deep-rooted cushion for the athletics traversing over it.

Despite looking like hell, scorching Colonial’s earth is actually a pretty cool annual event. It may not be Chincoteague’s pony swim, but it’s worth a watch by anyone looking for something more impressive than a simple bonfire.

If the racetrack and the horsemen — the opposing foes in Virginia’s calendar dispute — can find the same path, at least we know the turf course will be ready. 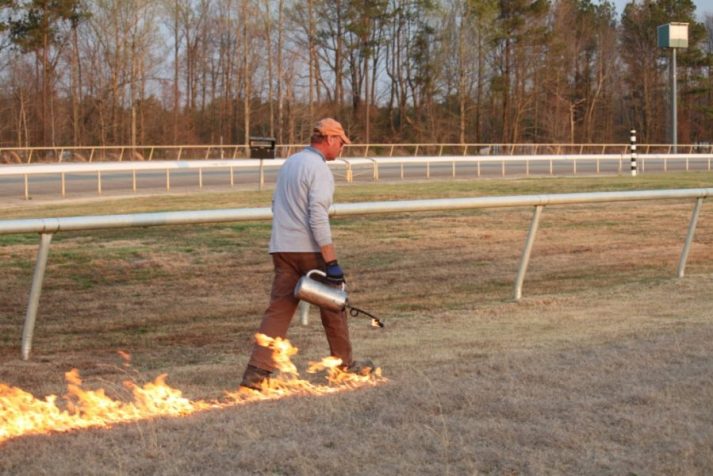 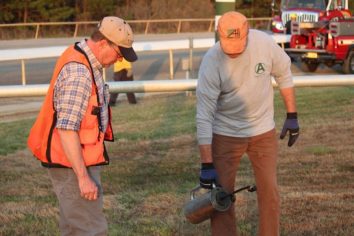 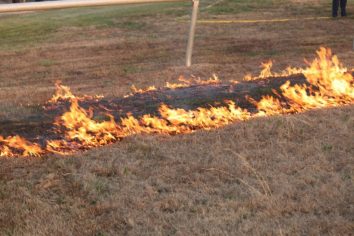 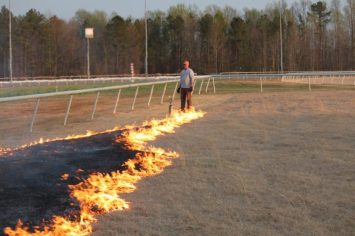 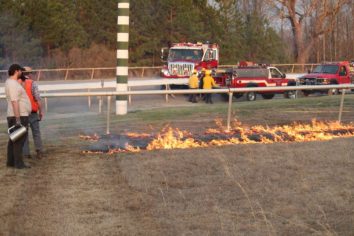 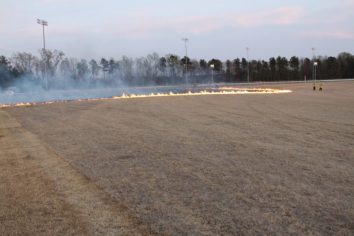 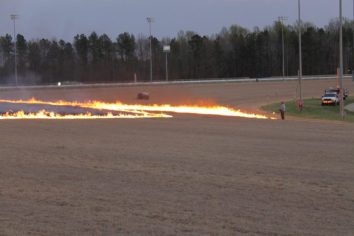 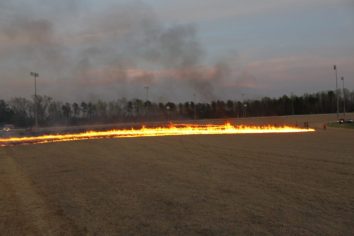 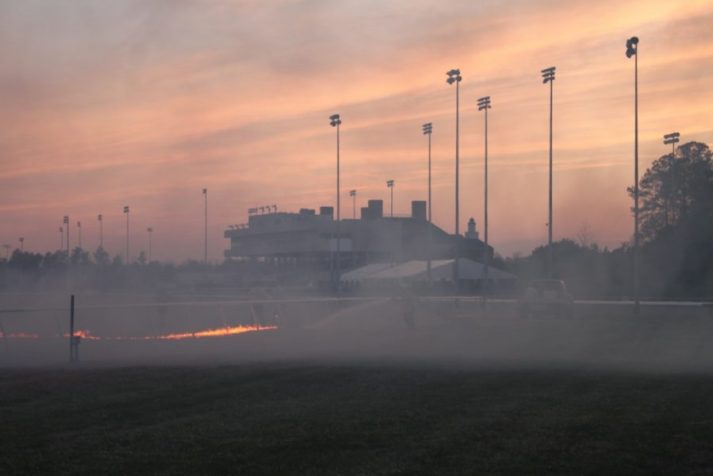 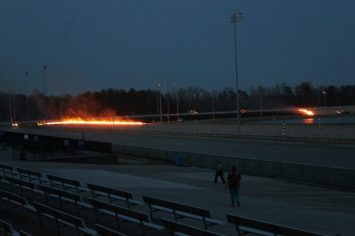 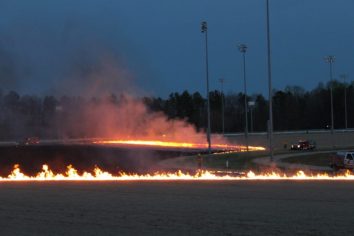 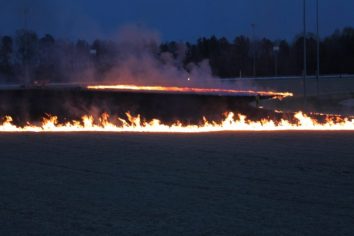 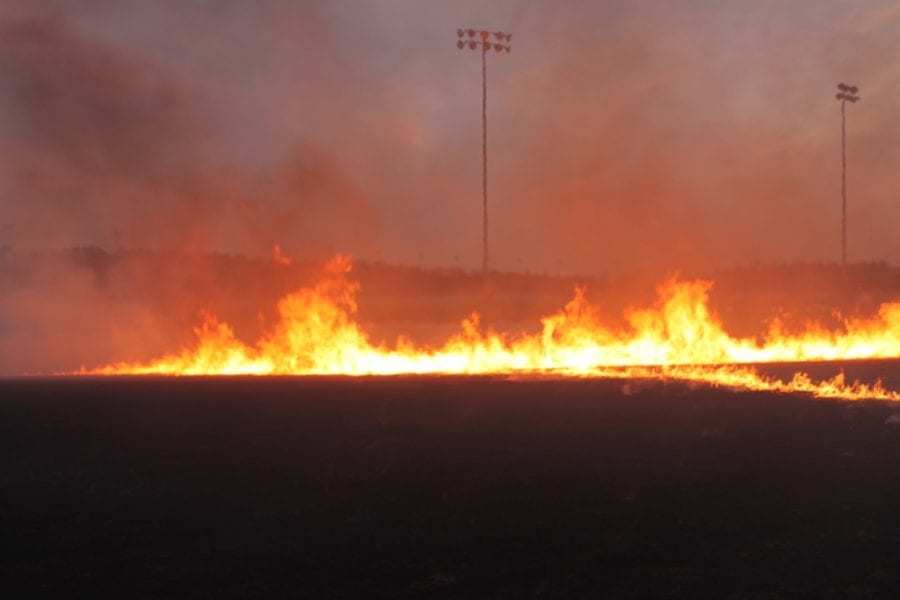