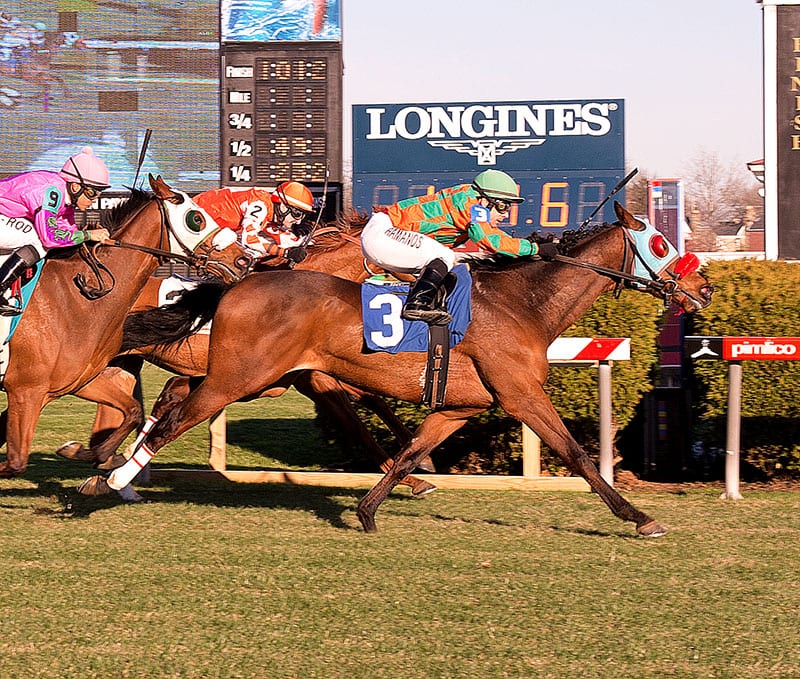 “It was a good week,” said Karamanos. “The switch from Laurel to Pimlico is good. I took off a month and a half to begin the year so the winter was slow. Business is picking up.”

Karamanos finished the week with five winners from 14 mounts. Three of the victories were for trainer Ferris Allen, including Cherokee Empire and Citizen Chris today and Aunt Ellen in Saturday’s Twixt Stakes.