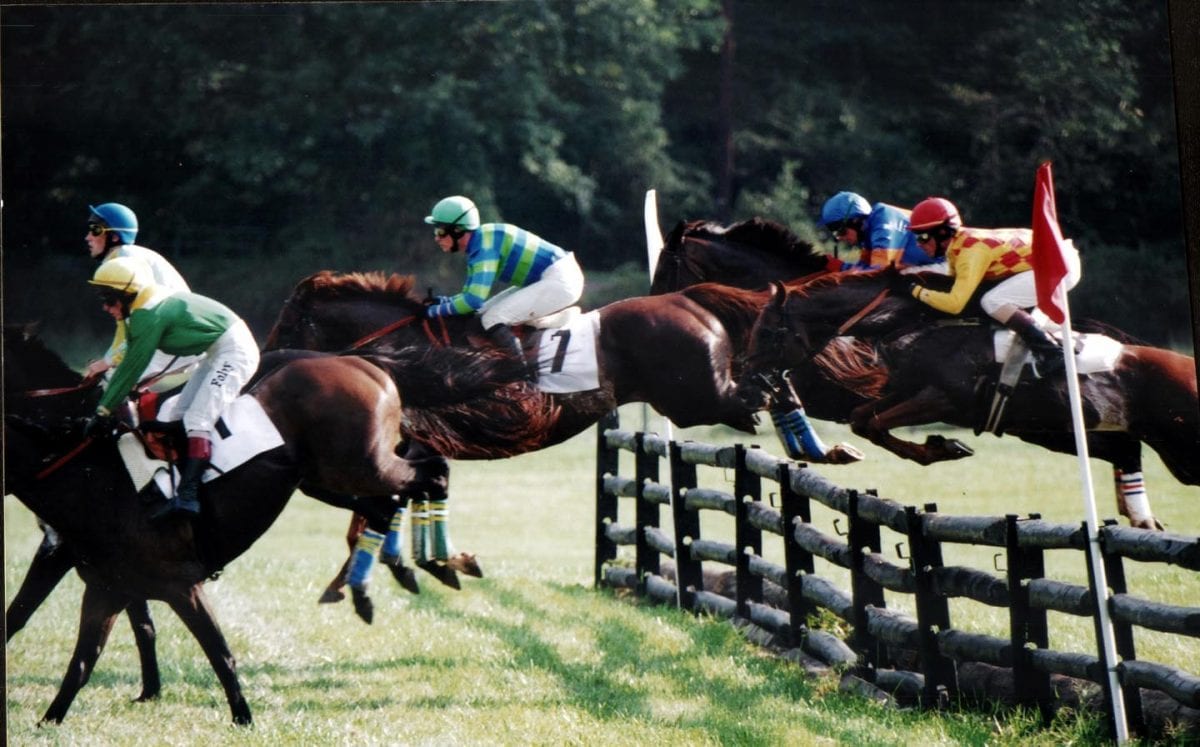 Edith R. Dixon’s Schoodic, untested in the three-year-old ranks last year, will be tested against more seasoned competitors in the $25,000 Dogwood Classic, the featured allowance hurdle at the second annual Dogwood Classic at Colonial Downs on Saturday, April 5. First post time for the five-race program is 1 p.m.

Bred by his owner, Schoodic took the National Steeplechase Association’s three-year-old title last year with two commanding victories, in the $25,000 Gladstone Stakes at Far Hills, N.J., on Oct. 19 and then the $25,000 Raymond G. Woolfe Memorial at the Colonial Cup on Nov. 23.

Fisher also will saddle his Wait Outside, winner of a maiden claiming hurdle at the Charleston Cup in South Carolina last November. Jeff Murphy has the mount.

Virginia-based trainer Neil Morris will send out Cognashene, who won his maiden victory over fences at Colonial Downs last June and finished the year with a second in the featured Charleston Cup optional allowance in November. Jacob Roberts will ride Cognashene, who is owned by Virginia’s Friendship Farm.

Another Virginia-based trainer, Doug Fout, will saddle Magalen O. Bryant’s Lea Von, winner of a maiden hurdle at the International Gold Cup in The Plains, Va., on Oct. 19 after finishing second to Cognashene at Colonial Downs. Gerard Galligan will be in the saddle.

Frances Hill Myers’ Rudyard K closed out the 2013 season with a victory in a Steeplechase at Callaway maiden claiming hurdle and then a third-place finish in a tough Colonial Cup allowance hurdle on Nov. 23. Richard Boucher has the mount for trainer F. Hill Parker.

Three-time champion owner Irv Naylor will be represented by Top Man Michael, who finished sixth in last year’s Dogwood Classic and then was third in a tough Virginia Gold Cup allowance in May. He was unplaced in a division of Far Hills’ Foxbrook Champion Hurdle and then was pulled up in a Colonial Cup allowance hurdle. Trained by Cyril Murphy, Top Man Michael will be ridden by Ross Geraghty.

Tailgating spots are on sale thru Friday at 3 PM for $125 and include six admission tickets. General admission tickets are $10 each and can be purchased in advance or at the gate Saturday. The tailgate areas open at 9 AM. For information, visit dogwoodclassic.com or call 804-966-7223, ext. 1073.