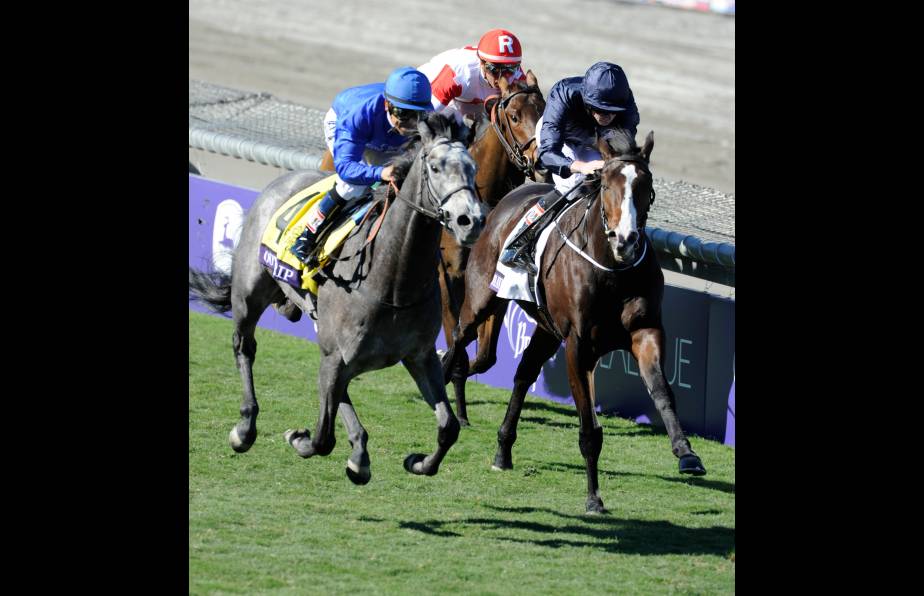 Only one runner in the Mid-Atlantic Thoroughbred/The Racing Biz Top Midlantic-bred Poll was in action this past weekend.

Top-ranked older horse Blueskiesnrainbows ran in Saturday’s Grade 3 Tokyo City Cup Stakes at Santa Anita.  Sent off as the favorite, Blueskiesnrainbows, under Corey Nakatani, found himself in an early speed duel; he and Segway battled through the opening half mile in a zippy 46 3/5 seconds, speedy for a mile-and-a-half race.  With a half-mile to go, Blueskiesnrainbows was done.  He finished fifth.

“Around the first turn I think he might have over-reached and (grabbed) a quarter,” Nakatani said in a release. “And that affected the way he was traveling and they’ll get him back to the barn and make sure he’s okay.”

In other weekend action that could impact upcoming polls, three year-old Giovanni Boldini made his seasonal debut.  The West Virginia-bred, second in last fall’s Breeders’ Cup Juvenile Turf, ran fourth in the UAE Derby, closing willingly from well back into a moderate pace.  Though the horse is nominated to the Triple Crown, that’s not likely in the cards.

“He’ll probably go for one of the Guineas,” said trainer Aidan O’Brien, according to Yahoo! New Zealand Sport.

Looking ahead, several races next weekend have the potential to impact the polls.  If all goes according to plan, top-rated three year-old Noble Moon will race in the Grade 1 Wood Memorial, while fourth rated three year-old Steady N Love will tackle Maryland-breds in the Twixt.  In addition, defending Maryland-bred Horse of the Year Ben’s Cat is likely to start his 2014 campaign in the Mister Diz at Pimlico; a win there would likely garner him some points in the older horse group. 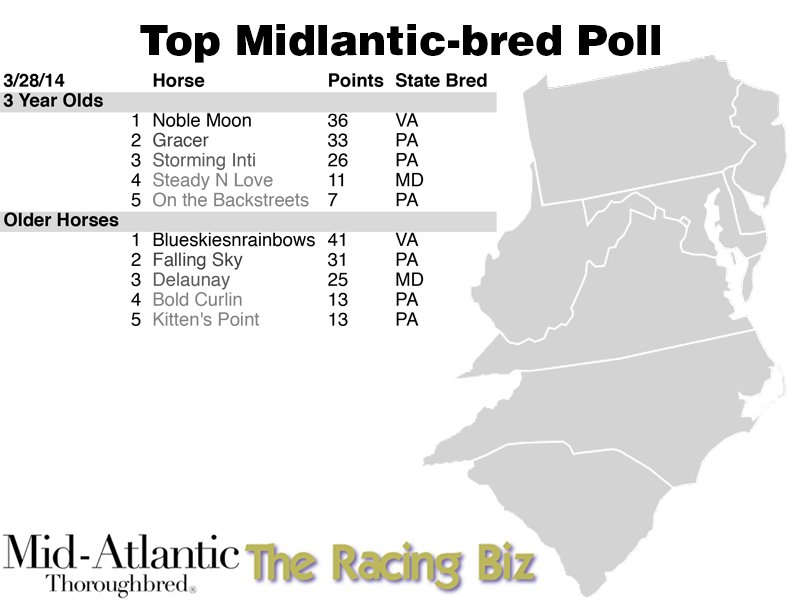