More Than a Cruise coasts home to Conniver victory 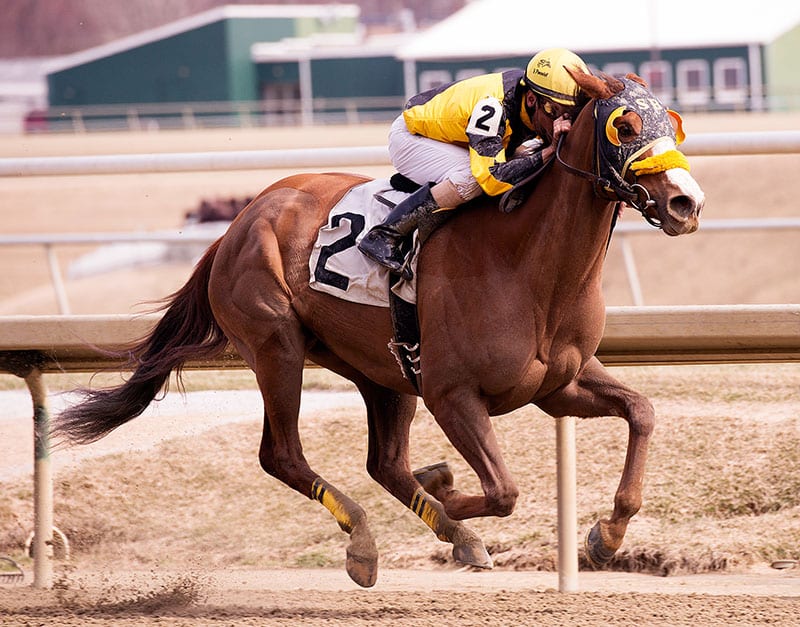 Julian Pimentel never had to move a muscle as Howard Bender’s More Than a Cruise carried him from last to first to win the $100,000 Conniver Stakes for Maryland-bred and/or Maryland-sired fillies and mares, the co-feature on today’s Saturday program at Laurel Park.

Sent to post as the 8-5 second choice, the daughter of More Than Ready covered the 7-furlong distance in 1:25.55, drawing away to win 3-3/4 lengths over Celtic Katie with Brenda’s Way taking third. Betting favorite Tell a Great Story finished last.

“They were going pretty quick up front and she was nice and relaxed in the back,” Pimentel said. “I saw a couple of horses battling so I wanted to get a jump on them. They were on the turn when I asked her. She took off.”

The Larry Murray trainee, who finished second in the Conniver last year, has now finished in the money in 11 straight races dating back to August 2012. The win improves her record to four wins from 20 starts with earnings of $215,360.

“She always tries. It doesn’t matter where you put her,” Murray said. “I like these conditions here as I did last year but Bold Affair was in there and I didn’t have any illusions about winning. I was happy with second last year. I gave her the summer off just to target these seven furlong races here at Laurel. I still don’t know what her best distance is but we might try going a mile somewhere else because there’s no seven furlongs at Pimlico. She’s five this year and this may be her last. I think she’ll be a great broodmare.”