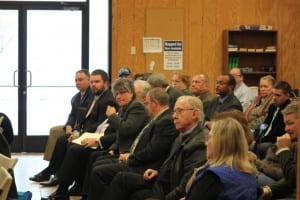 The ongoing dispute over the number of racing days and the format of Colonial Downs’s 2014 meet continued to bedevil the Virginia Racing Commission yesterday.  Amid yet other winter storm in central Virginia, the Commission was physically two members short of a quorum to take any action, with D.G. Van Clief, Jr. and Carol Dawson connected via conference call.

As it turned out, the two sides — Colonial Downs and the Virginia Horsemen’s Benevolent and Protective Association (HBPA), representing the state’s horsemen — remained far enough apart that there wasn’t much the Commission could have done in any case.  In their most recent proposals, the track called for a six-day meet, while the horsemen sought 32 days over eight weeks.

The sides reportedly had been closing in on a resolution with a seven-week, 28-day meet proposal during a conference on February 14, only to have that proposal thwarted over which side of the ledger some $150,000 to $300,000 in operational expenses fell.

In a mediation session last week, the sides emerged even farther apart.

Colonial ran a five-week, 25-day meet in 2013, its shortest in both live days and weeks in several years. 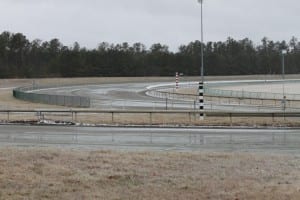 At its December meeting, with Colonial requesting just 12 days on the one hand and the horsemen countering with 32 on the other, the Commission had imposed a five-week, 25 day meeting, a status quo compromise in the same format as the 2013 summer meet.

But Virginia horsemen consider their agreement to the 2013 format as one-year sacrifice, not a basis for future planning.  During Monday’s meeting VHBPA Executive Director Frank Petramalo referred to the December Commission action as essentially a  “curse on both houses” for their inability to reach an agreement to present ot he Commission.

Colonial was willing to move forward with the commission’s compromise although it differed from the 12-day meeting proposal they brought to the table.  They have portrayed the horsemen’s refusal to do so as “a boycott” of the Commission’s action.

On Monday, over the speaker phone, Van Clief offered a proposal that might take both parties from the ledge, suggesting a seven week, 21 day meet.

“Colonial doesn’t want to make a deal.  It makes no economic sense because we’re both suffering,” said the VHBPA’s Petramalo.

“There have been dustups, but we’ve able to work through dustups before.  For the first time in 18 years, the system shut down,” countered attorney Jim Weinberg, representing Colonial Downs.

Further darkening the picture, Weinberg added that dispute, which has shuttered half of Colonial’s off-track wagering network and severely limited wagering in those facilities remaining open, has cost the company $1 million — money he suggested needed to be accounted for in future discussions.

[pullquote]“There have been dustups, but we’ve able to work through dustups before.  For the first time in 18 years, the system shut down.” — Attorney Jim Weinberg[/pullquote]

This estimated shortfall has been caused by the lack of a horsemen’s contract that forced wagering on Thoroughbreds to cease at Colonial’s OTBs.

The two sides appear to be inching closer to the ledge.  Once believed to be perhaps as little as $150,000 apart on the expenses and schedule for the upcoming summer meet, the cost of the stalemate now may have $1 million added to it.

Several horsemen ventured down I-64 for the meeting, held in the horsemen’s building located at the end of the first turn of Colonial ice-covered turf course, still scheduled to be burned during the first week of April, an annual event.

Ferris Allen, Colonial’s all-time leading trainer, was one of many horsemen who spoke.  Colonial has suggested that its short-meet proposals would enable them to run a boutique meet similar to those at Keeneland and Saratoga.

Allen countered that in Virginia, “We are running a boutique meet.”  But he likened Colonial more to Timonium and Atlantic City — two short, workingman’s meets — rather than the more rarefied company Colonial envisions.

She said she finds value in maiden and claiming races and suggested that racing do more to counter “the misperception that low end racing isn’t high quality racing.  In many cases the low end horses are more sound.”

Gillian Gordon Moore worried that the abrupt change to six- or 12-day meet would harm Virginia’s breeders, who are in the height of foaling season.

“We’ve got good land, space and a built-in horse community,” noted Moore.  “There isn’t a better place to raise a horse.”

“There is now an unfortunate distrust between the groups.  There needs to be more transparency to handle this distrust,” observed Debbie Easter, the executive director of the Virginia Thoroughbred Association.

[pullquote]There is now an unfortunate distrust between the groups.  There needs to be more transparency to handle this distrust.” — Debbie Easter of the VTA[/pullquote]

The Virginia horsemen now want to see Colonial’s data on operational expenses, and the Commission apparently may have a look as well.

“I would like to see the track’s financials as well,” added Commission Chairman J. Sargeant Reynolds.

“Do not underestimate the difficulty if we go dark any longer,” added Van Clief over the speaker nearing the conclusion of the forum.

A warning directed towards the future with implications today.

Fortunately — perhaps — Easter is just around the corner.