RaceBrief: No progress in Virginia, plus racing roundup 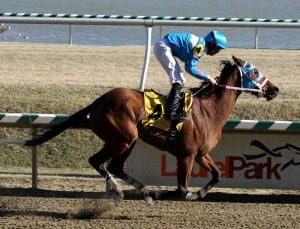 The Virginia Racing Commission met this morning in Richmond, and according to our Nick Hahn, who was present, not much transpired.  That leaves racetrack operator Colonial Downs and the state’s horsemen without an agreement to govern the 2014 meet, slated to begin in June.  With no agreement, there can be no meet.

At issue: the number of racing days and the number of weeks.  At a mediation session last week, the track proposed to run just a six-day meet, far short of the horsemen’s preferred solution of 32 days over eight weeks.  That session ended with no progress — arguably, with a loss of ground.

More on this story tomorrow…

Elsewhere, follwoing up on Friday’s On Tap column: